The Why, What, How and When of Change - through a Brexit lens by Arnab Banerjee

(This article was originally posted on LinkedIn in December 2018 – so, not entirely hindsight - but does contain  minor updates.)

At the time, December 2018, on Radio 5 Live, an ‘expert of project management’ was brought on to cast an eye over Brexit. He made good comments on, for example, working collaboratively (or not), developing common aims (or not). So, what about Change and Brexit. These are obviously only personal views as a student and practitioner of Change and as a lay member of the public.

An APM Webinar, from September 2017, threw up some interesting poll results for generic Change.

These are not good results for people’s experience of change. Let’s have a look at Question 2 to start.

Clearly, with Brexit, there was a compelling Why / Vision which persuaded more than 50% of those who voted to move away from the status quo in 2016 – reaffirmed in subsequent elections. In my circle, one friend gave immigration as the driver for voting to exit, another spoke about ‘independence’ while a third supported political separation. All change literature suggests that ‘change’ is very difficult and, it is said, most people generally want to stay where they are – that this did not happen shows the strength of words and emotion and perhaps the pent-up views of many. So, there was a high level of a form of ‘change readiness’. The Why was the strongest point and, in common with the polls in Figure 1 that are in the context of organisational change only, the subsequent elements become weaker.

Moving on to Question 3 then and the alignment between the Why, What, How and When.

What, in my opinion, became conflated with the Why and did not appear to build rationally on the Vision. So, for example, if immigration or political separation are THE issues and those wishing to leave the EU are willing to take the expected economic hit that is likely to affect people’s lives detrimentally, that drives a certain strategy. If economic continuity is the priority, then that sets a different mind-set. That is what leadership is all about – taking a lead, based on a clear understanding of the What, that will deliver much, most or even all of the Why / Vision. Red-white-and-blue Brexit, red lines, Brexit-is-Brexit, Chequers, Norway, Switzerland, Canada – the change continued to be the victim of slogans rather than being clear-eyed, transparent and consistent about what is coming and what is possible.

How, therefore, inevitably, suffered from the confusion in all of the above. The What has not been consistent – other than the holy grail of retaining all the benefits of the market without the corresponding commitments. Set the priority in the What and that allows you to compromise elsewhere without losing the vision. Don’t set priorities and end up with confusion and obfuscating words. Hence, one drama and deadline followed another until a compromise of sorts was reached in October 2019. Conflicting messages, though, continue – a Free Trade Agreement but the need for divergence, though not for the ‘sake of it’. But ‘trade talk aims’ are due imminently, which should clarify the issues.

On a minor issue, perhaps I would have defined the EU and UK representatives as deal-teams rather than negotiating teams because the latter suggests a zero-sum game and ‘winning’. As the Radio 5 expert said, the whole process has been seen through the experience of buying and selling a car, or, I might add, an Apprentice task or a house purchase. Therefore, the language of blackmail and negotiating points and ‘they’ and ‘we’. My experience of high-value infrastructure sales was about reaching an agreement, working together to achieve what each could live with – not to see trickery and slights around every corner.

A third aspect of How could be about accountability and responsibility. Brexit became all-consuming. Having appointed Fox, Johnson and Davies to the Cabinet, perhaps let them lead while the PM and the Cabinet get on with the rest of government. Let them come back with a deal on which the leadership can then decide – having set the direction. That is what would happen in an organisation. Instead, responsibility became spread in a game of pass-the-parcel with those initially in the lead being able to step back and walk away from responsibility. Perhaps accountability was taken away by the then Prime Minister’s office – only the individuals know. A more concerted leadership subsequently allowed a compromise to be made.

A fourth, critical, issue on How is what happens next? This is Question 3 in the poll above. Having reached agreement on the What, are there the tools – infrastructure, systems, people – to deliver the outputs and outcomes and support the full transition? I wrote in December 2018 that the Change had, actually, ‘hardly even begun’ and that still holds true - this question will remain open post 31 January 2020 and will need to be addressed through the negotiations.

Ultimately, it was the When that was set before maturity in the other elements – and this continues to be the case, with the deadline of December 2020. In broad project management terms, it does appear that neither scope and quality to set the time (waterfall), or time to set scope and quality (agile) has been taken as the framework. It has been all about having everything at a precise date, but without a strong foundation other key elements. Very rarely a recipe for success in major programmes.

(By the way, How is the biggest section because the implementation is where there must be the greatest effort, but this is often forgotten by leaders in change programmes big and small.)

Finally, in any programme – change or infrastructure or technology – it is a key principle that as it progresses, so the Why and the What should be reviewed. With better and more knowledge, do the benefits still stack up? Were the arguments made to develop the why valid? Or has the project fallen in love with itself and will deliver ‘something’ that, in the fullness of time, will be defined as ‘success’ regardless of objective benefits?

The poll results in Figure 1, unfortunately, reflect the world of organisations where I – and many of you – have seen the same cycle time and again. Grand statements driving a change, a confusion on priorities leading to confused outcomes, poor implementation, but something being achieved to meet a milestone. Success is proclaimed, champions move on, employees adjust and then the loop starts again. But Brexit is much more than an organisational change and will affect far more people than an MD’s bright wheeze – that is an awesome responsibility. It is up to the leadership and their teams to bring in the alignment between the Why, What, How and When.

Arnab Banerjee (51) is an experienced professional who has worked in core business functions - strategy, sales, delivery - at both operational and corporate levels. He has worked internationally, including expatriate positions, and led virtual global as well as direct teams. Common themes throughout his life have been stakeholder management and change – developing the story, building consensus and delivering to agreed objectives. His focus is on appropriate engagement, effective embedment and doing the basics well. Arnab is currently an independent consultant working in the areas of change, assurance, governance and programme management. He is an accredited P3M3 Assessor, P30 Practitioner, a Fellow of the Institution of Mechanical Engineers, MBA (Warwick) and, in the dim, distant past, holds a Masters in Engineering from Imperial College, London. 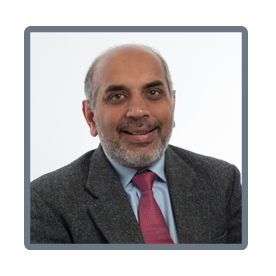 Is it Agile’s fault? No, It's the culture by Manuel Giudice
Read post
The Executive Whisperer by Jardena London
Read post
Smelly sock advice how to grow your influence at work by Miriam Gilbert
Read post
Change is Easy - right? by Neil Crofts
Read post