Why does 'project management'​ fail to get to the top table? by James Bryant 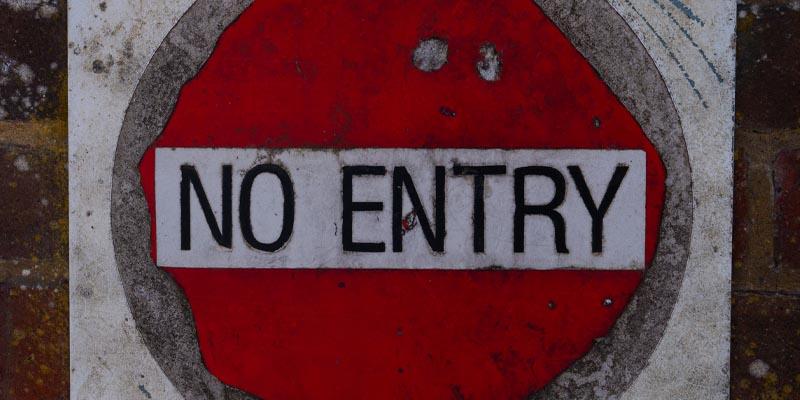 ‘Why isn’t project management a required skill at board level? Why are project people rarely on the board?’

Six or so years ago I was the only non-projects person in a projects conference about this very topic & I have been pondering this question ever since. Recently I have started 'hanging out' with projects people much more & I have one or two observations I would like to share.

Project people and projects themselves, for the most part, are all about the detail, hierarchy, sequence and order: down to the minutest levels. Projects are the fundamental means to deliver against objectives, from business change to a new building or a new product. Project Management provides the framework to organise, plan and execute down to the smallest detail.

This is of course important & necessary to be able to do the right things in the right order, identify dependencies and risks etc.

But board level people tend to be big picture.

I have a strong big picture bias and to me, this detailed stuff, whilst I know it is important, is mind-numbingly boring. After about 2 minutes ‘big picture’ people switch off. No that isn’t fair- maybe it’s 3 minutes!

My big picture bias is akin to a mild form of autism: I get mentally overloaded by too much detail and find it stressful. I want to know ‘detail is happening’ but most of the time I don’t want to be told about it in detail, and especially not the detail under the detail. To be honest- if I need to ask about the detail it means there is something going wrong that I need to get to the bottom of, or that the ‘logical support’ for the plan or action feels like it is missing.

I don't know how representative I am but assuming averagely so, means that to communicate with the boardroom guys requires turning down the detail fixation.

There may be a credibility gap.

I know, and you know, that the reasons for project failure is in how the project process is conducted. The most likely the cause of this lies with the behaviours and the structure of the organisation, not with ineffective project management i.e. it is the ineffective performance of the organisation in implementing the project plan (despite the efforts of the PMO).  No project is run in a vacuum- except ones run by NASA of course!

But, and here is the kicker, when projects are talked about in the public domain the subject matter, either in total or in part, is usually about the remarkable level of failure they suffer from. Projects get bad press.

Articles headlines like this are too easy to find.

Seven causes of project failure: how to recognize them and how to initiate project recovery

From the outside, there seems far more visibility and discussion about failure than success.

This negativity can give 'projects' a bad name, but the other issue here is that project people believe it. Yes, I am serious.

When I started to do business in the project's world, I started to talk about getting projects to be delivered on time, on budget and to plan & I was taken aside. ‘James’ a kindly person said. ‘Everyone knows that this isn’t attainable and you will be just laughed at and not taken seriously if you carry on talking that way.’ He meant well and was right.

Where two or three are gathered together in the name of projects, at some point the conversation is likely to turn to methods and schools of thought. Agile, waterfall, PMI, APM, and a hypothetical academic discourse on a range of stuff – yes I switched off!

This inward discourse and self-examination, some might say continually running argument, further opens the credibility gap. Now a willingness to examine and improve is commendable but arguing about which approach is best when as we have seen, the press is '70% of projects fail' seems to be re-arranging the deck chairs on the Titanic. Yes, I know the so-called statistic isn't true, but only because I have done some research and know people who are well informed on these matters.

Let’s be clear- project management for non-project people, is about getting stuff done cost-effectively, better and faster. We don't mind how.

When headlines like this appear (yesterday 14/07/2020) the whole project community takes a battering even though it isn't your fault!

Project management has its own language, acronyms and terminology. It is impenetrable. Like Army slang, you either know it or you don’t. Non-project people aren’t going to learn your language, you need to translate for us. It might make for a nice exclusive club but if you want to play with everyone else, please use normal business language - not Klingon!

All of these 4 things are 'supplemented' by experience of working with and on 'proper' projects.

Try working with a stubborn project manager who insists on; talking in a foreign language and that you learn it; on picking up people on the detailed nuances; on championing boredom with low levels of social skills and low self-awareness; on acting as though they have received wisdom directly from the mouth of god. This destroys both the will to live and relationships with the world outside of project management. I have met too many of these special people and one specifically whom I had the displeasure to work with who made Marvin the Paranoid Android look optimistic!

However, I should state right now that I know there are wonderful people with smart minds and people skills in the PM world and I am lucky to count some as friends and colleagues.

All caricatures aside, the lack of people skills amongst the PM population is to be expected given the predisposition for detail required by the role. It is the same for people that work with numbers, engineering and in IT.

However, that means we should do something about it & currently we aren't doing enough.

Projects should have a seat at the top table not least because I think everything is a project. Anything with a start, milestones and an end:

Any plan requires a project.

That means the annual business plan and everything related to it. Tom Peters said 30 years ago ‘Projectise Everything’ and he was right- but there is a twist.

Everything is a project: they are just not recognised as such or run as one.

So I believe that 3PM could provide business with a discipline that would improve productivity across any business. I am on your side. I even have a few ideas as to how this might work.

However, to get there I think we need to address some serious issues of which the above are a few. You probably have a few of your own to add? The prize is worth it, so let's have them.

Who is with me?

James brings over 35 years international experience in enterprise sales, marketing and business development & strategy. He is an owner/founder with a dynamic history of developing and delivering solutions for multinational & Government organisations across diverse sectors.   He possesses intellectual gravitas, highly developed interpersonal skills and behavioural understanding that enables him to work comfortably with other high status individuals and complex ideas. His analytical capabilities, rigorous logic and desire to generate practical outcomes are brought to bear to ensure focus is on pragmatic and implementable solutions. James' past clients have included Amey, Reuters, Vodafone, British Gas and B&Q.

Read post
The 3rd wave of enablement is here. Now! Are you surfing it, or about to be wiped out?

There is a market correction coming that will impact most Enablement leaders. This represents the most significant opportunity in this space for...

In part 2 of this fascinating series around ‘Future Leadership’ in partnership with PeopleSmart SAS...

As we continue this fascinating series around ‘Future Leadership’ in partnership with PeopleSmart SAS...