Why do we have a Resilience Problem? by Roderic Yapp 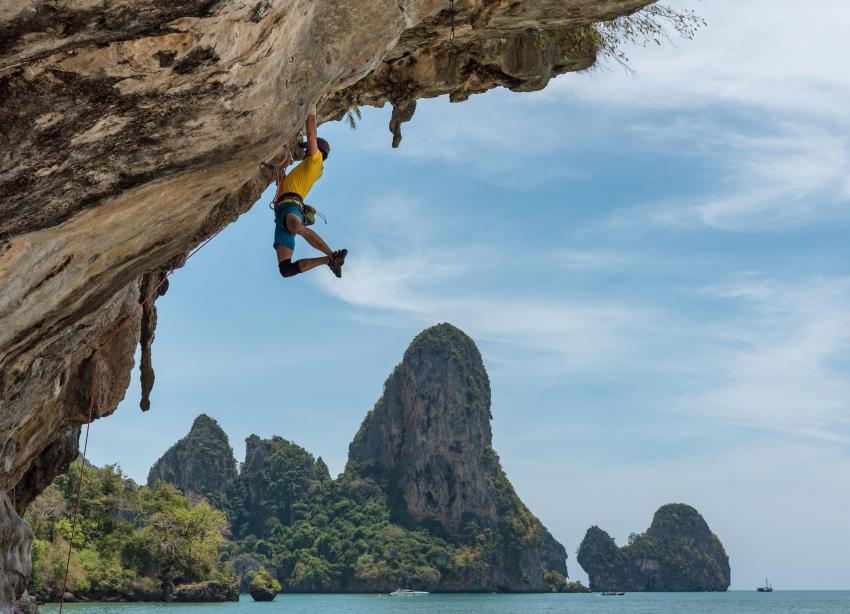 The reason we have a resilience problem is because we live in a world that we are no longer designed for. I appreciate that this is a simplistic explanation so there will be other factors and reasons involved. I want to outline what I believe to be the foundation of the resilience problem.

Let’s go back to the start. ‘Life’ in the form of single cell organisms originated about 3.5 billion years ago. The problem with that figure is that it doesn’t mean much to us; it is hard to comprehend because we are not fluent in such big numbers because we rarely use them.

So let’s make it easy to understand.

If the story of our evolution were written as a book, with one thousand years on a page, it would be a 350,000-page book. This book would be roughly the thickness of a forty-storey building, something like the ‘walkie-talkie’ in London.

The point is that evolution is a slow process. It takes millions of years for slight advantages to be transferred through natural selection so we haven’t changed much in the last 20,000 years.

Now consider the last 300 years since the Enlightenment. What’s happened? We’ve moved away from a belief in God towards a belief in science. This change in our beliefs underpinned the industrial revolution and the incredible rate of progress that followed.

Our world has changed immeasurably since then.

The last three or four pages of the book would be really interesting. The birth of society, democracy, Christ, the Roman Empire. All of these take place in the last few pages of our book.

The world has changed incredibly in just the last one hundred years. The trouble is that we haven’t – we’ve remained largely the same as the tribes who wandered the plains of Africa 20,000 years ago.

There are three modern inventions that have been developed that significantly impact our health and ability to be resilient; the lightbulb, the car and the modern diet.

They’re incredibly helpful and allow us to do great things but at a hidden cost, often to our health and resilience.

When you think about it, the lightbulb gives us the ability to control night and day. For billions of years, when it got dark, humans went to sleep. Now, we stay awake, working, checking social media and watching Netflix. Matthew Walker’s book, ‘Why We Sleep’ highlighted the fact that we are suffering from an epidemic of sleep deprivation. We’ve never experienced this before so the long-term effects are poorly understood - like they were with smoking in the late 1950s.

The car and mass transit systems mean that we don’t have to walk as far as we used to. We exercise less leaving our cardiovascular systems and muscles to rot whilst we sit in chairs for 8-10 hours a day. We fix mobility issues such as lower back pain with drugs and reward ourselves for going to the gym by eating and drinking to excess.

We’ve confused the difference between what hurts and what harms us. Doughnuts and booze feel good but harm you. Exercise often hurts but is good for you.

If you want to know how your body is designed to work, watch a child pick something up off the floor… the perfect squat. The same technique Olympic power lifters demonstrate - how do most adults lift? By bending at the back because their hamstrings are so tight.

Lastly, the modern diet is abysmal. In my humble opinion, this is one of the biggest failings of the 21st Century. Capitalism has lifted millions of people out of poverty but it gives us what we want, not what we need. We want the high fat, high sugar food and from an evolutionary perspective, it makes complete sense.

That primal part of your brain which controls a significant amount of your behaviour hijacks your good intentions and tells you to ‘load up on calories because you don’t know when you’ll eat again’.

For millions of years, this model worked really well. It kept your ancestors alive long enough to reproduce. In the modern developed world where food sources are plentiful, it’s led to obesity and a spike in type-two diabetes.

Organic food, which was just called ‘food’ a couple of hundred years ago has been made niche and expensive. We eat what we want rather than what we were designed to eat.

The solution is simple to understand but difficult to implement and requires a deeper understanding of the evolutionary brain, which I am not going to go into now. We all know the answers. Get 7hrs of sleep, lift heavy stuff, get yourself into a state so you’re out of breath, eat healthily so ‘if a caveman could find it, you can eat it’.

Simple doesn’t make it easy though.

I think that the first thing is to consider your current behaviour. If you carry on behaving like this, where will it take you? What impact is your behaviour having on those around you? You lead by example at home and in the office. What sort of example are you setting?

Everyday, write about the last 24hrs. What did you eat, how did you sleep, did you work out? How are you feeling? What’s the most important thing you have to do today? What are you avoiding doing? What’s concerning you? Are you being a good parent/spouse/co-worker?

Self-reflection is the key to self-understanding. If you want to change, you have to know ‘how you think and why you do what you do’.

I love boundaries. They help me separate those increasingly blurred lines between my work and home life and you can apply them in a number of ways. Firstly, a good day tomorrow starts this evening. Going to bed early makes getting up early much easier. Go to bed at 9pm, read, sleep by 10pm. Up at 5am, not a problem.

Start the day with the most important things first. This is about following a process that becomes a habit. 0500-0530 Wake up, don’t think, get up. Brush teeth, splash water on the face, let the eyes adjust to the light. Read a Medium or Farnam St article - ponder on some new information, something of high quality. Don’t check emails and allow yourself to become distracted by someone else’s agenda. Meditate for ten minutes, use the Calm app to make it easy. Stretch and prepare for exercise. Gym for 0600, exercise (intervals or strength, depends upon the goal. Don’t sweat without a purpose). 0700 Shower and get my daughter up. Start the day.

I created the above process when I asked myself, ‘what does the perfect start to the day look like?’ It became a process, now it is a habit and now it’s harder not to follow that routine.

Self-Reflection. Think about ‘what good looks like’. Create standards and processes for how you live your life. Discipline isn’t an art and people are not born with it. It’s a habit - and like all habits can be built or broken.

There are several components to resilience but the foundational one is ‘looking after yourself’. You are a high performance, highly evolved organism, like a Formula One race-car. But you’re in a demolition derby - an environment for which you are hopelessly unprepared.

Nothing I have shared in this article is complicated. It’s simple but that doesn’t make it easy. If it was easy, everyone would be doing it and we wouldn’t be struggling to manage the challenges we’re faced with in the modern world.

My next article will focus on understanding the principles behind human behaviour. It’s an enormous subject but if you can grasp the principles, it will help you understand why you (and other people) behave in certain ways which is the first step towards changing behavior and self-improvement.