Back to Basics: So, what exactly is a Platform? 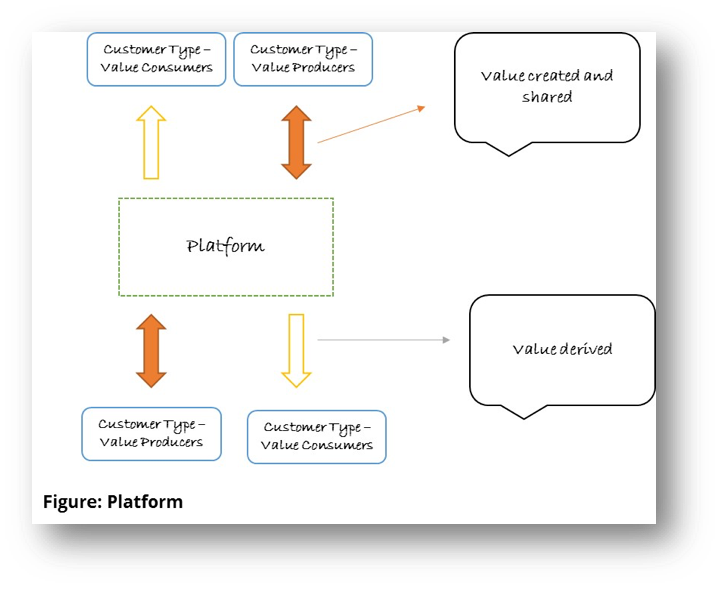 A platform is a business that creates value by facilitating direct interactions between two or more distinct types of customers. Value creation is a persistent theme and together with interactions forms the basis for network effects, without which a platform is ineffective. Customer types can be further divided into value creators and value consumers. For instance, Facebook facilitates direct interactions between content generators (value creators) and users (value consumers). Facebook itself is a platform owner or facilitator providing the infrastructure for the interactions, among the different customer types, to originate and sustain. 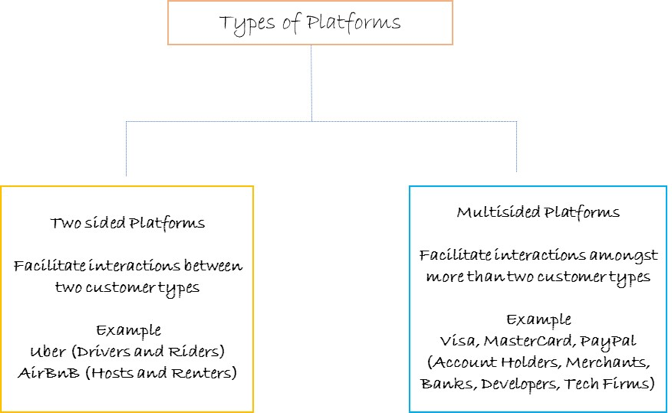 Though the most commonly thought of platform businesses are Uber and AirBnB, I’ve deliberately omitted the two because the companies’ focus is largely confined to their respective industries, namely transportation and short-term rentals. To truly understand the potential of platforms, one must look at companies that have used a platform strategy to springboard into areas that might have traditionally been perceived as outside their areas of competency.

Some of the best-known examples of companies considered pioneers of platform strategy are Apple, Amazon, Facebook, Google and more recently, Tesla.

In 2006, Apple was a nonentity in the mobile phones industry, which was dominated by the likes of Nokia, Motorola, Samsung, Sony and LG which together controlled 90% of the market share. By 2015, Apple had turned the market share on its head, generating 92% of global profits while the former incumbents except for Samsung struggled to stay afloat. What did Apple do differently? Apple, known for being obsessive about owning its products stack across hardware and software, took a leap of faith when it decided to enter the mobile industry. It adopted a platform-as-a-service strategy, opening its operating system to external application developers. Application consumers formed the other side of Apple’s two-sided platform and together the two built the foundation for the success of Apple’s App Store, hugely responsible for Apple’s unforeseen growth in an industry it had no experience in.  Since then, Apple’s platform strategy has led to its growth as a formidable platform company. It has ventured into healthcare through wearables, financial services through mobile wallets, contextual commerce through AI-powered virtual assistants and even autonomous cars – industry adjacencies possible due to Apple’s platform strategy of partnering with external parties, be it developers or partners such as banks and retailers. The approach helped Apple not just reduce its time-to-market but iteratively improve products based on constant feedback, unlikely if the company had remained closed to external influences.

Over two decades ago, Amazon started life as an online bookstore. Today Amazon’s e-commerce site is a thriving marketplace where thousands of retailers can set up virtual shops and start transacting with customers. Had Amazon continued with its original narrow business model, focusing on the sourcing and selling of books, it would have offered limited options to its customers. In fact, Amazon’s story is largely about turning its limitations into new business models. But the going was hardly smooth. Amazon started to face scalability challenges when like any typical company, it faced delayed projects because project teams built custom infrastructure, costing a great deal of time and effort and resulting in duplicated infrastructure. To bring in standardisation and shorter project delivery time, Amazon decided to have common infrastructure services, which eventually took the shape of its next business idea – Amazon Web Services. Owning the front to back-end infrastructure demonstrates Amazon’s need to be as self-sufficient as possible. Take its recent foray into drone technology and dedicated logistics infrastructure (it now owns cargo planes and has reduced dependence on transportation companies such as Blue Dart and DHL). This independence has resulted in ensuring the quality of services such as free two-day shipping for Amazon Prime subscribers. Amazon’s shape-shifting strategy becomes apparent in the way it has entered the entertainment industry through streaming media and video on demand, hardware manufacturing from tablets to smart speakers, to financial services - debuting with payments (Amazon Pay) and progressing to lending to SMB retailers (with Amazon Lending).

Tesla known for autonomous cars has launched its own ride-sharing platform called Tesla Network. The inspiration behind the network is addressing a major customer pain point. On an average, car owners use their cars just 5-10% in a day which doesn’t justify their investment in terms of the large car loans they must repay. Tesla decided to capitalize on this issue of owning expensive assets which remain heavily underutilised. Creation and sharing of value with customers are what powers the network. Tesla car owners can monetise their cars by renting them out to other users on the network. What’s in it for Tesla? Through its platform strategy, Tesla gains exclusive control of continuously streaming customer data which it can then use to enhance its services.

With a robust platform strategy, each of these companies has expanded the breadth and depth of its reach. Had Amazon thought of itself as just an e-commerce provider, had Apple restricted itself to the business of selling mobile phones or had Tesla focused on producing and selling electric cars, none of them would’ve managed to be dominant forces in their industries.

Instead, Amazon thinks of itself in the business of selling and enabling sales – that explains its strategy behind embedding itself along the entire value chain from contextual commerce through smart speakers that lets users instinctively search, parse, and place orders from a wide products repository, to offering financial services to its merchants to easily do business using its online marketplace.  Even AWS is designed around minimising friction in customers’ end to end purchase journey. By controlling the customer journey, Amazon has continuous access to data generated by its customers, helping it constantly refine its value proposition.

Tesla likewise has focused on building an ecosystem around customers who buy its cars --- right from owning a car, having access to convenient charging docks to monetizing their cars through rentals --- customers can avail all these services, that are so conveniently provided on Tesla’s network. Like Amazon, Tesla is a one-stop destination.

And that brings to the fore, certain characteristics shared by the platform leaders. 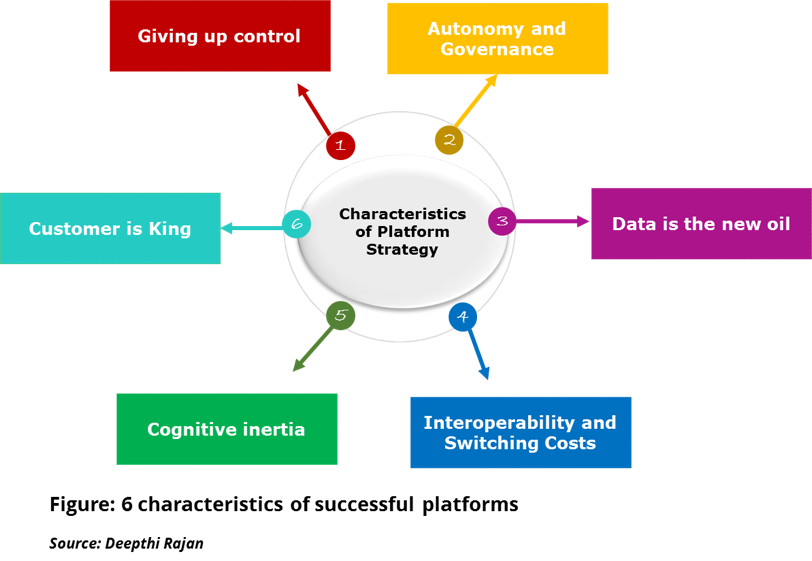 Early on, these companies realized that zealously guarding their entire product and services stack would hinder their ability to cater to increasingly diverse and demanding customer base. External partners, dabbling in numerous niches, enable the companies to serve the oft-overlooked but highly profitable long tail of customer needs.

While product development is largely autonomous, third parties are held to high standards when it comes to product or service delivery. By putting in strong governance mechanisms, platform owners ensure partners are accountable for quality.

Data is the new oil

And platform owners know it best. While they co-create with their partners to build customer-facing applications, the platform companies still control the infrastructure layer through which customer, product and service data flow.

A modular middleware layer, which connects the back-end infrastructure to the customer-facing applications, enables seamless interoperability and thereby, data and information sharing, among their own applications and those of their external partners.

Tesla’s cars, Amazon’s products or Apple’s apps can be bought and used on only their platforms. By limiting interoperability with competitors’ products, these companies pursue a customer lock-in strategy. Network effects on the platform get amplified because customers generate value through a greater number of interactions with one another.

According to Hick’s law, the more choices people are given, the less they choose anything. Successful platforms ensure customers don’t have to do any heavy thinking. Back-end complexity is masked from customers. Be it search, comparisons, recommendations, or payments, these platforms reduce customers’ efforts by simplifying the end to end processes of making purchases or availing services.

Companies, in general, focus on achieving product leadership, operational efficiency and customer intimacy. But the magnitude of focus on each of the three dimensions should vary depending on the maturity of the products and services the companies offer. The overarching objective driving platform strategy is customer intimacy. Even product leadership and operational efficiency are informed by customer intimacy goals. It’s customer intimacy which yields sustainable profitability. It’s also the hardest to replicate. Throw in network effects and it gets harder still to imitate.   For instance, Amazon’s decision to control its logistics from transporting to delivery is informed by its customers’ need for real-time tracking of their orders. 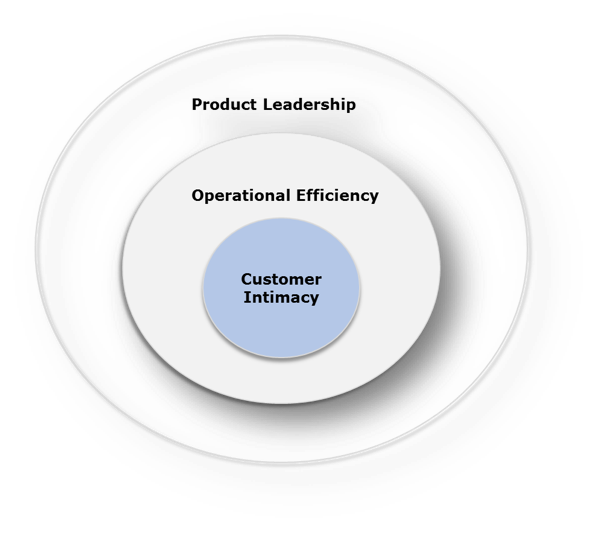 The success of platform strategy in other industries is a strong indicator of its potential in the banking and financial services space. And that brings us back to API driven services and BaaP, which I’ll cover in the final post of the series.

Deepthi Rajan is leading the Market Research group at Royal Bank of Scotland, where she focuses on research and insights around strategies on Supply Chain Services. Her primary focus areas are digital sourcing strategies and enterprise-wide transformation.

Prior to joining RBS, Deepthi Rajan was IT Innovation Strategist at one of the largest private banks in India, evaluating myriad technologies and their applications across multiple industries. Her areas of interest are Analytics, IoT, Blockchain and Digital Strategy. 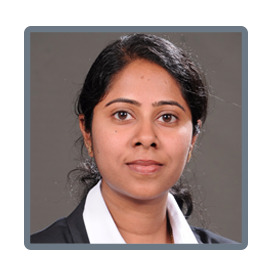 We live in pretty amazing times, don’t we. Wish to join a good old school lesson? Just have your laptop or phone nearby — from absolutely anywhere...