What are you on? It's definitely NOT the end of the road for employee performance reviews by Max Blumberg

It simply doesn't feel right to miss out on the current trend of writing about the death of employee performance reviews - if nothing else, they seem to make for such catchy headlines. Just recently, for example, Accenture claimed it was doing away with annual performance appraisals, and not to be left behind, Josh Bersin, Deloitte and PWC are suggesting we'll soon see radical changes in this domain. However, in the words of Andrew Lloyd Webber: "I've got news for you" and my news is: organisations will never do away with performance reviews because if they do, they will fail. This article will explain why.

Before I start, however, some people may think it strange that of all people, I should be the one promoting employee performance reviews especially after I seem to have damned them here (http://bit.ly/1TIJS4g) and here (http://bit.ly/1NyetdJ). Just because I criticise the way that most organisations conduct their performance reviews, however, should not be confused with negating their importance. In fact, the only reason I criticise the way employee performance reviews are conducted is because employees are so important for organisational survival.

If you read the above articles, you'll recall that my point was to demonstrate that performance appraisal scores based solely on the biased view of one manager are not an accurate reflection of the employee's performance and that we need to find better ways to conduct them. For example, we keep hearing that Gen Y & Z want regular frequent feedback rather than the semi-annual performance reviews of their somewhat independent Gen X forbears. What's more, Gen Y/Z want this regular feedback not from one biased manager who may dislike them and deliberately mark them down, but from their peers in some kind of 360 format perhaps even including customers and suppliers. This makes sense since Gen Y/Z are pretty used to this kind of feedback from their always-connected large social networks which is something that their Gen X forbears didn't possess.

Crowd-sourced performance appraisals are not a bad idea because in most cases - unless you have budget responsibility or are a salesperson - competencies and performance cannot be objectively measured anyway. But improving the validity and reliability of performance appraisal ratings still doesn't explain why I'm so sure that no organisation will survive long without them. So why do I believe this? It rests on the following simple argument:

Let's say for a moment that employees really are important for achieving the objectives of a particular organisation but that for some reason, the employees are not contributing effectively to the attainment of these objectives. Logically, therefore, this organisation is not properly going to achieve its objectives.

Now there are two ways that this organisation can discover the extent to which its employees are  (not) contributing effectively to its objectives:

Given that most organisations do not like to learn about missed objectives on the day they were expecting them to be delivered, one must therefore logically conclude that any organisation whose objectives are dependent on employee performance must review that performance prior to the expected achievement of these objectives.

Simple argument isn't it? It's interesting to note, however, that one wouldn't even need to make this argument if we were talking about any other organisational resource - like a machine that manufactures shoes. Let's say, for example, that your objective is to manufacture 12,000 pairs of shoes between January and December. In June you conduct a shoe-manufacturing machine performance appraisal and learn that your machine has only been manufacturing 500 pairs of shoes a month as opposed to the 1000 per month you need to achieve your objective. Based on this performance appraisal, you now know that you must get the machine to increase its performance to 1500/month if you're to achieve your annual objective. So without this performance appraisal, you would never have known you were not going to hit your 12,000 target. Obvious isn't it?

And so it should be equally obvious with human resources: if you do away with your employee performance appraisals, you'll never know whether your organisation is going to miss its objectives until it's too late to do anything about it. And organisations which regularly miss their objectives will eventually die. 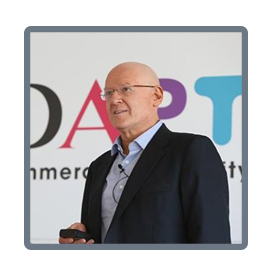