What are Bitcoin, Blockchain, Smart Contracts, ICO,... and why they can steal your job... by Maarten Ectors

Several years ago drug dealers found a new way to wholesale drugs online without getting caught. It was always easy to put an online adverb with “I sell cocaine” but moving money from a small-time dealer into the wholesaler's pocket was hard. Setting yourself up as a merchant was hard because you had to provide evidence of your real identity. Thanks to bitcoin, online marketplaces like Silk Road were able to act as middlemen between whole-sellers that had to first sent the drugs before the reseller would receive them but could get their money from the escrow account as soon as it arrived. The amazing thing is that criminals who by their nature would try to steal from each other, were able to transact.

Bitcoin is a cryptocurrency which allows payments to be made between two wallets without either side having to know who is behind those wallets.

The real innovation is blockchain

The reason that this cryptocurrency, which is a set of bits and bytes, cannot be double spend by a drug dealer is the blockchain. Imagine the blockchain as a distributed ledger, a global accounting system. If a bitcoin leaves your wallet, then it is introduced in this ledger, so anybody can now know which wallet is the new owner. If you try to “double-spend” a bitcoin you no longer own, then the distributed ledger will be able to call you out and nobody will be wanting to close this transaction with you.

New bitcoin transactions are put into a list, let’s call it a block. This block gets cryptographically signed, which just means you cannot change anything in it without breaking the signature. Into the block, also the signature of the previous block gets added. So we are literally chaining blocks of transactions together. If you change any transaction in any of the blocks then multiple signatures will become invalid and everybody will know you are cheating and will not accept your transaction. This chain of blocks is now distributed to all the members of the Blockchain so they all can see the transactions that were made.

Creating these signatures for a new block is not easy. It requires incredibly difficult maths and an enormous amount of computer power. See it as a race in which many players want to solve a puzzle. Whoever solves the puzzle gets as a reward, new bitcoins. Since a bitcoin is worth over $10,000 at the moment of writing, there is a real economic incentive to participate in what is called mining bitcoins. Since the cost of electricity is key to power many servers, nowadays most mining is done in China where they have the cheapest electricity.

Taking it a step further with Ethereum

In 2015 I read about this new thing called Smart Contracts based on a new distributed ledger platform called Ethereum. Without any hope of being accepted, I submitted a speaker proposal for Devcon One, the first Ethereum global event. To my surprise, I was accepted and had the chance to talk about how smart contracts combined with the Internet of Things (IoT) can revolutionise the world. Whereas blockchain is used to record transactions of Bitcoins moving between wallets, Ethereum in addition to its own cryptocurrency called Ether, adds the concept of smart contracts.

A smart contract allows computer code to be included in the distributed ledger. A smart contract as such allows not only payments but lots of other transactions to be automated. As can be seen in my 2015 talk, smart contracts can automate the process of a 3D printer printing something for a client and a drone going and picking it up to deliver it. Money can be automatically paid to whoever wants to sell their printer activity to third parties, think like Uber for 3D printers, and their drone delivering packages. No middleman platform is required. This distributed factory and logistics organisation can all be written into smart contracts and automatically executed by a distributed autonomous organisation, or DAO.

At Devcon One I met a three people Startup called Slock.it, that was able to demo the DAO controlling smart locks on your front door and as such make AirBnB irrelevant because your mobile phone could buy access to somebody’s home for 2 days via smart contracts. Slock.it won the IoT award at Mobile World Congress 2016 where they demoed their solution on our stand. Strangely though, they were not interested in getting any investment from the person next to me, a.k.a. The second space tourist. We were all baffled that a startup refused investor money. We did not have to wait too long to find out why.

Slick.it raised $120 million in weeks in their initial coin offering or ICO, called The DAO. An ICO is when a startup creates a new type of coin and offers it to investors and others in a similar event to an IPO, initial public offering. ICOs have received bad press in the latest years. One reason was that The DAO got hacked and one third got stolen. Unlike in the real world, the Ethereum community took a time machine and went back to the moment just before the hack and invalidated all the transactions after this point hence nobody lost money. Other ICOs were organised by fraudsters that sold worthless coins and stole money. Finally, regulators did not accept the explanation most startups gave to their coin and classified them as a regulated product for which many ICOs ran foul of compliance.

If you like this tutorial and want to learn more about the latest in the blockchain space like tokens, distributed identity, stable coins such as Facebook’s Libra, zero-knowledge proof, IEO and STO,... then share this post with others. Part 2 will also show why these new technologies can make many current jobs irrelevant while creating new industries at the same time. Part 2 will follow if there is enough interest in part 1.

Maarten Ectors is a strategic innovator who exchanged working with the who is who of high tech to apply disruptive technology and business innovation from the inside in the top UK insurance and investment management company. In less than a year they won the best claim technology solution of the year award and that is just the start... 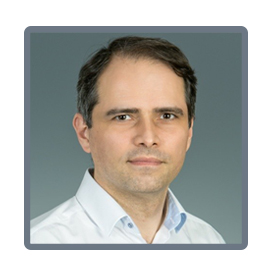