The Value of Values by Andrew Fox 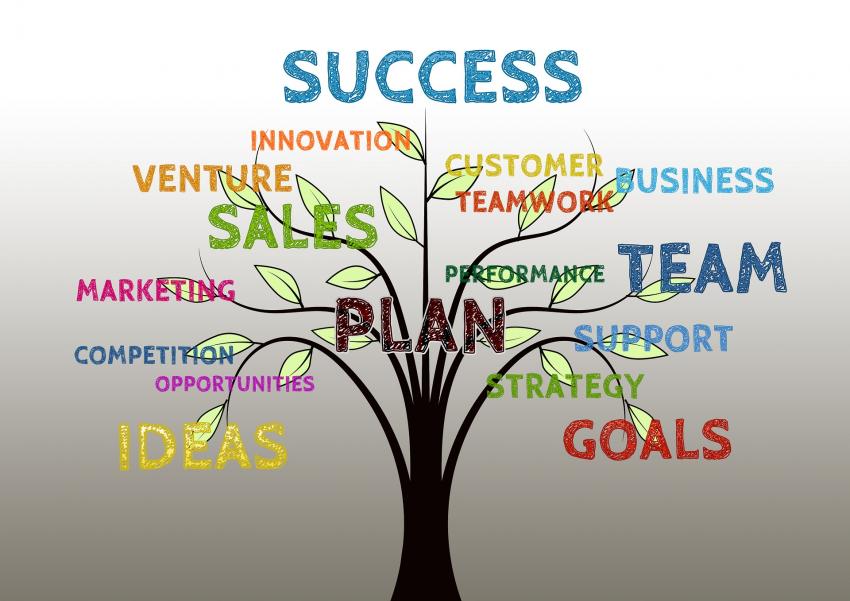 About Andrew
Andrew has worked for his entire career in HR in Financial Services and Professional Services and is passionate about enabling business performance and people development.

This article about 'The Value of Values?' is Andrew's third post in his HRTN series, please read his other posts about 'The Problem with Women...Diversity in the Workplace' and 'Thinking about Abandoning Performance Management'.

The Value of Values

“Do they make a difference to the bottom line?”

What is the purpose of values and can they make a difference to performance?

The world of work is rapidly becoming more complex. Technology, globalisation and regulation are driving exponential increases in complexity.

Recent history seems littered with an escalating number of corporate scandals from, Nick Leeson and Barings Bank, Arthur Anderson and Enron, Lance Armstrong and doping, Martha Stewart and charges of fraud and obstructing justice, banks in the US and UK over the LIBOR and FOREX  scandals, UK Banks and PPI and even the Vatican bank didn’t escape scandal with Paulo Cipriani and his deputy stepping down over allegations of fraud and corruption and more recently Volkswagen and the falsification of emissions.

These scandals have literally cost billions of dollars in fines and redress, as well as untold amounts of reputational damage.
(See below for only a few examples)

Not all businesses/business people are bad but clearly, something is wrong. And whichever way you account for the scandals, they have cost billions of dollars globally.

Maybe Roger Steare (http://www.thecorporatephilosopher.org/ ) is correct when he says “Life is like a jigsaw puzzle. When you come to work, the pieces of your conscience all get jumbled up.  We have to be reminded what the picture on the box looks like”.

In order to cope with increasing complexity and protect against risk, we have tried to regulate and put rules in place, for every eventuality.  And although rules no doubt have their place, people everywhere are realising they are not enough.  Values and culture have again assumed centre stage in many boardrooms and at many regulators. In fact, we need to be careful it doesn’t become fashionable rhetoric with no action.  The cost of the scandals suggests that no amount invested in changing an organisations culture is likely to be too much but embedding real change is proving very complex and challenging.  For many completely illusive.

Whilst HR do not and should not “own” culture and values they clearly have a valuable role to play in helping the organisation define its desired values and culture and then ensuring they are properly embedded.

There are an abundance of models and theories about how to change culture and or embed values and reviewing them all is well outside the scope of this article.  They all emphasise the complexity of such a challenge and talk about a holistic approach to change.

Other common threads to the models include;

•    An integrated holistic change approach (an organisation is a complex system)
•    Processes to challenge undesired behaviours and recognise those that promote the desired state
•    Alignment of everything including policies , structures , processes and control systems
•    Conscious effort to reach a predefined end state
•    Robust measurements to support the change process
•    Relentless pursuit of the change

In essence, the issue of culture and values is a Board and Senior Management efficacy issue.  Challenge combined with competency in an environment where open honest dialogue is the norm will lead to better decisions which will protect the organisations and as shown save billions of dollars.  Whilst diversity and inclusion will facilitate open dialogue and challenge there is no easy antidote against poor judgement and decision making, and inadvertently landing up with an environment where challenge is not valued.

In summary:
Ensure that you can actually account for the investment being made in culture change because if it isn’t seen as an investment it may be difficult to get real traction.

•    Values in the annual report and on free mouse pads doesn't create culture change nor ensure that values are “brought to life” in any organisation. Really embedding values changes the culture and changing the culture changes the way people behave.
•    Ensure that the values and culture you aspire to create are properly articulated through an inclusive process.
•    All systems (hiring, promotion, reward etc need to be aligned).
•    Diversity at senior management level where decisions are made will help mitigate the risk of future scandals because we know that diverse teams make better decisions
•    Values and Culture act as an organisational glue, binding people together, driving engagement and execution.
Therefore, in the end, values may be the single biggest influence on bottom line performance into the future

Appendix – Some random examples of corporate scandals.
(there really are too many to choose from)

The Enron scandal, revealed in October 2001, eventually led to the bankruptcy of the Enron Corporation, an American energy company based in Houston, Texas, and the de facto dissolution of Arthur Andersen, which was one of the five largest audit and accountancy partnerships in the world. In addition to being the largest bankruptcy reorganisation in American history at that time, Enron was cited as the biggest audit failure. Enron shareholders filed a $40 billion lawsuit after the company's stock price, which achieved a high of US$90.75 per share in mid-2000, plummeted to less than $1 by the end of November 2001. (http://www.nytimes.com/2007/05/10/business/worldbusiness/10iht-enron.1.5... )

The results are the first step for the Brazilian oil firm to try to regain investor confidence after the country’s largest bribery scheme was uncovered.  Brazil’s state-run oil company, Petrobras, has said it lost billions of dollars because of executives taking bribes for awarding inflated contracts to suppliers.
(http://www.theguardian.com/business/2015/apr/23/petrobras-counts-cost-of-corruption-scandal-as-2014-losses-exceed-7bn-dollars)

The National Security Agency scandal exposed by whistleblower Edward Snowden has cost American technology companies billions of dollars in lost revenue as governments and companies in its important export markets of Asia refuse to entrust the handling of sensitive data to US companies. An analysis of financial filings from technology giants IBM and Cisco by The Independent on Sunday reveals the two businesses have seen sales slump by more than $1.7bn (£1.03bn) year-on-year in the important Asia-Pacific region since Mr Snowden revealed in June that US companies had been compromised by the NSA's intelligence-gathering in the clandestine Prism programme.
http://www.independent.co.uk/life-style/gadgets-and-tech/news/it-firms-lose-billions-after-nsa-scandal-exposed-by-whistleblower-edward-snowden-9028599.html

The FOREX Scandal
Billions of Dollars paid in fines and redress.

The trading of foreign currencies promised substantial revenues and relatively low risk. It was the kind of activity that banks were supposed to expand after the 2008 financial crisis.
But like so many other seemingly good ideas on Wall Street, the foreign exchange business was vulnerable to manipulation, so much so that traders created online chat rooms called “the cartel” and “the mafia.”
No one government agency is responsible for policing the currency market, leaving it up to committees, some run by the banks themselves, to set guidelines. And even when federal authorities adopted rules to rein in Wall Street a few years ago, they exempted certain foreign exchange transactions, a little-noticed concession to banks.
Now, the regulatory void has spawned another round of criminal accusations and multibillion-dollar penalties — enough to wipe out nearly all the revenue that major investment banks generated from their foreign exchange businesses last year.
(New York Times)

A year after the explosion on the Deepwater Horizon the cost of the human and environmental disaster is still being counted. For BP, the company at the heart of the disaster, the effects have had a deep and widespread impact.  BP's accounts for 2010 put aside $41bn to pay for the spill, two and a half times more than BP's entire profit in 2009.
http://www.bbc.co.uk/news/business-13120605

Leaving even larger public relations damage in its wake, in 2004, Big Pharma company, Merck, announced a recall of the popular anti-pain medication, Vioxx. The FDA found that Vioxx put patients at a significantly greater risk for heart attack and stroke. Later reviews found that as many as 55,000 deaths might have occurred because of Vioxx.
Fines later cost Merck more than $900 million. An additional $4.85-billion judgment followed in 2007 because of a class action lawsuit. Nonetheless, this was no more than a short-term hit to the company, which has since recovered. In 2011, Merck reported gross revenues of $31 billion.
http://www.investopedia.com/financial-edge/1212/the-true-cost-of-pharmaceutical-scandals.aspx

The New York City-based executive search firm — once the seventh-largest in the US and one of the few publicly traded — is expected to file for bankruptcy on Tuesday after it was rocked by allegations of rampant sexual discrimination (http://nypost.com/2015/06/19/embattled-ctpartners-facing-new-sex-bias-al... ). Barring a white knight, CTPartners will close its doors and be sold off in pieces to its nearest rival.
Few could have predicted CTPartners’ swift collapse in December when its stock was trading near a record high of $24. Led by then-Chief Executive Brian Sullivan, the firm was in expansion mode and buying competitors overseas.

Business was growing with banks and other companies hiring again after the downturn.
“The asset just started to deteriorate at a quicker pace than anyone could have imagined,” said David Hoffmann, chairman of DHR International, which is buying some of CTPartners’ assets.
The trouble began Dec. 8, when The Post first reported that a complaint had been lodged with the Equal Employment Opportunity Commission alleging female employees at the firm were underpaid and routinely subjected to sexual harassment. (http://nypost.com/2014/12/08/complaint-claims-executives-held-boozy-nake... )
Among the salacious accusations was that CEO Sullivan, along with three other executives, shed their clothes during a company-sponsored event at his house in 2012.

It got worse from there. Burke St. John, the vice chairman, was accused of pointing out his office window at shadows and asking women if the shapes resembled penises, according to the confidential EEOC complaint.
About a dozen women also had complained internally about discrimination, a former employee told The Post.
The same day the story ran, the stock plunged 24 percent (http://nypost.com/2014/12/09/after-boozy-romp-claims-firms-stock-takes-a... ), forcing CTPartners to pull an equity sale that would have raised about $12 million.

The allegations continued to hammer both its stock price and its reputation as clients and top partners fled the firm. CTPartners shares plummeted 33 percent on Jan. 29, when it slashed its earnings forecast and gave executives $1.7 million in bonuses.
In February, DHR offered to buy the company for $7 a share, which CTPartners rejected. Activist hedge fund Maguire Asset Management sent a letter to the board in April, adding to pressure on the company to find a buyer.

With the stock in free fall, shareholders sued the company and top execs, claiming they withheld information about sex-bias claims to inflate the stock price. Sullivan stepped down from the scandal-scarred firm in April.
But the damage was done, and CTPartners said recently that it would run out of money by June 30 and that it would likely file for bankruptcy and shut its doors as a result.

'The Problem with Women...Diversity in the Workplace'

Prior to this Andrew was the Group Head of Learning and Talent Development. 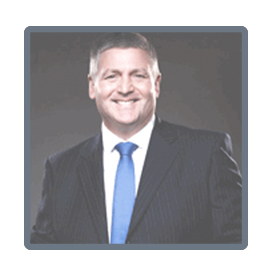