Balcroft has provided operational consulting support to numerous companies across a multitude of sectors and organisations. Whilst we have been extremely successful in achieving the needs of our clients, we have always been faced with a recurring problem within each project. The common theme is the presence of at least one assassin within the organisation. There are a number of different reasons why an assassin is adamant that no change is required within the business, ranging from paranoia about the exposure of their failings, to scepticism because they have witnessed many, and perhaps in some ways similar, programmes fail before, to even not perceiving there is a need for change in the first place. These assassins are in each and every company, and they hold various roles from the most junior, to the most senior.

Whatever your reason for undertaking a change initiative, you endeavour to be successful on the project or programme, and it is imperative to convert an assassin into an ambassador.

So what key things do we need to take into consideration when faced with such a task? Here, we have outlined four vital actions to take:

The most destructive kind of assassin is the silent assassin. This kind of person will pay lip service to their peers/more senior management about supporting a change initiative, but behind the scenes, they will not and cannot adopt the new ways of working or they will try to spend their time sabotaging the success of the project. In this instance, if the person really is so determined to ruin a better working environment for everyone else, which will only yield greater benefits for both the company and the individuals within it, they should be removed from the company.

The Business Transformation Network brings you this article in partnership with Balcroft.

Richard Cronin founded Balcroft, an operational consulting firm, four years ago by bringing together a group of highly-regarded, former C-level executives from FTSE/Fortune 500 type firms to combine their experience and transform organisations.

To ensure delivery, any benefits Balcroft signs up to deliver are guaranteed, it is passionate about transferring skills to achieve sustainability and employees don’t operate out of an office, to keep its carbon footprint low and so it doesn’t pass unnecessary overheads on to its clients.

Balcroft has supported the Sunday Times in recognising the most improved Best 100 Companies to work for and Women in the City, a highly respected, award-winning organisation that promotes, recognises and rewards female talent. 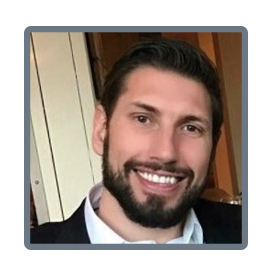