There's No Such Thing as 'Difficult People' by Vivienne Edgecombe

If you’ve been in the world of change and transformation for very long, you’ve probably, at some point, been on a course about ‘dealing with difficult people’ or ‘managing resistance to change’ (since people who are displaying the symptoms we categorise as resistance, also often get lumped into the ‘difficult’ basket).

We all have people in our life, whether in a work context or at home, with whom we sometimes feel frustrated or less connected; less able to have a productive and harmonious relationship.

And when that’s in a work situation, and the success of a project depends on finding a way to help those people move in the direction of the change rather than fighting against it, it can look very much like they’re ‘being difficult’.  We don’t have this problem with other people, right?  So, they’re obviously difficult.  Everyone agrees.

But what if there’s no such thing as a ‘difficult person’?

What if there are only people, operating from whatever understanding they have of the change, and the world, at any moment?  As change leaders, it’s in our best interests to look beyond the behaviour and find out about how their world looks to them.

In the transformation community, we place a lot of faith in models and ‘change curves’, hoping that leading someone through the ‘process’ of change will mean they’ll go tidily through all the supposed phases of emotional reaction and come out neatly as a fully-formed proponent of the change.  And we think that if that’s not happening, it’s because the person hasn’t been led through the curve correctly.

Well, I think we can let ourselves off the hook in that respect.  Change (from a personal perspective) is not a process; it’s a moment when someone sees something differently.  Nothing we do is going to force someone to see things differently.  If it could, we would not see people still gripped by grief after the death of a loved one, despite decades of counseling, or still angry years after a perceived injustice.

That’s because it’s not the change itself that’s causing their emotional state; it’s their thinking in each moment – and thinking isn’t fixed.  It’s fluid, giving us a different experience of the same set of circumstances from one moment to the next.

So, what can we do to move things forward then?

Well, I’m going to make a bold statement: You can throw out your change curves and your ‘dealing with difficult people’ manual.

The best tool you’ve got is your natural ability to listen to people.

But when I say listen, I don’t mean listen in a ‘problem solving’ mode, where we try to allay fears or lay out the rationale for the change (again) to convince people that the change really is for the best.

I mean listen for their logic; for what’s going on in their own mind.  How they’re behaving makes perfect sense to them at some level, otherwise, they wouldn’t be acting that way.  So, rather than judging their behaviour and trying to change it, it’s far more helpful to find out the logic behind their behaviour and address that.

There may be things that you can clear up for them; there may also be things that they will need to consider as possibilities, and of which they may well need to think through the practicalities or implications (for example, their job might be one that will significantly change or be lost through the change).

There is also the possibility that they have something to share that the change leaders haven’t considered, and which could change the course of the project.

The best thing you can do for them, once the practical aspects are taken care of, is to continue to listen without judgement, and to help them see the role of their thinking in how they’re feeling about the change.  Someone who is not caught up in fearful thinking – someone who is operating from a place of clarity – is much better equipped to take whatever practical action they need to take to make the transition to the new reality, and most of us aren’t even aware that our thinking is the star player in how we are feeling in any moment.

I can guarantee that anyone sitting in front of you has dealt with many challenges in their life, and they have all the resilience they need to navigate the path of this change.  The thing that derails us – all of us – is mistakenly thinking that ‘the change’ has the ability to cause us pain or threaten our wellbeing in some way.   That misunderstanding leads to fear and insecurity, which drive the behaviour we see as ‘difficult’ or ‘resistant’.

The person who is at ease with their ability to move through life’s challenges is likely to act in much more constructive ways to address their own concerns about the change – asking questions of the right people, or gently shutting down rumour-mongering.  The person who understands that their feelings are a reflection of their thinking, not of the change, is in a far better position to be objective and look at the change from a broader perspective rather than from the single point of view of how it might affect them.

And remember, this goes for you, and me, and all of us.  We’re all that ‘difficult person’ when we are blaming our fear and distress on other people, the situation or a perceived outcome, rather than seeing where it’s really coming from – the thoughts that are running rampant through our mind.  That’s not being difficult.  That’s just misunderstanding how life works.

This article is brought to you exclusively by The Business Transformation Network.
Exclusive content category:
Process

Vivienne is a consultant, facilitator and transformative coach, drawing on a career in roles across diverse industries in HR, Organisational Development, Learning & Development, and consulting on HR and Transformation projects.

She is the founder of Inside-Out Change, working with a Principles-based understanding of personal and business transformation to prepare organisations and their HR and project teams to deliver successful, transformational change, and to realise sustainable employee wellbeing and resilience. 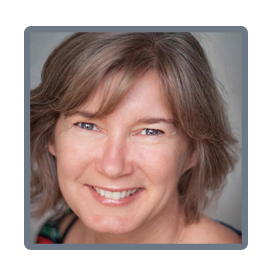