Over the last year or so we have been working with a group of actors (the same ones you see at places like Hampton Court and the Tower of London).  They have been helping us with a number of clients where we want participants to practice difficult conversations with heightened emotions.

The experience has been fascinating and I wanted to share some of the learning we have taken from running these experiences with around 300 participants.  It is worth saying that these sessions are designed to be somewhat confronting.  While the participants were diverse in most obvious ways they were all senior leaders in corporations.

The reason for this goes back to childhood and most commonly the fact that corporations tend to hire people who were successful at school and in most cases success at school requires us to defer to authority figures.  It appears that this is a lesson we learn well.

Excessive obedience and deference to authority figures create risk for organisations.  It means that people, even senior people, will fail to speak up when things are going wrong or when they don’t understand something.  It also stifles creativity and reduces the chances of people contributing their own ideas.

As leaders, we have to be aware of this shadow, even if the shadow is not our own.  We have to overcompensate for hierarchy by actively creating an environment of Psychological Safety and trust, where people feel safe to speak up and feel valued when they do.

2 – Dealing with other peoples emotions – Abilities to deal with other people’s emotions vary a great deal.  Most of us find dealing with an upset colleague stressful and confronting.  When faced with a visibly upset colleague very few can combine empathy with objectivity.  A few distance themselves from the emotion entirely and ignore it – even if the emotion then escalates.  Most will overcompensate and miss important factors as well as overcommitting themselves to actions in the future in the hope of reducing the anxiety now.

The very fine line of both calming the situation down and solving the problem appropriately is difficult to tread.  Especially as few of us have regular practice at dealing with these situations and when we do, we rarely have detailed feedback to learn from them – which was what happened in our simulations, see below.

The best approach seemed to be to first deal with the emotion empathetically and by focussing on general principles, without attempting to deal with the specific problem.  Once the emotions had subsided establish the facts and seek solutions.  The risk of not doing this was that the upset colleague’s own role in creating and solving the problem was often overlooked.

3 – Dealing with our own emotions – Very few of our participants were skilled in their own “State Awareness” or “State Management”, meaning that in the moment they did not have a good understanding of their own emotions or an ability to regulate them.  Around 3% were aware of their own “emotional leakage”.  The challenge of being able to hold both the situation, their own emotion, the emotion of others and the future in their consciousness at the same time felt very difficult to the majority.

On the whole, the tendency was to react rather than respond, leading to outcomes that were generally good in the short term, but less than optimal in the medium term.

Those that managed it typically had techniques for deliberately shifting themselves from System 1 to System 2 thinking, mostly by buying themselves some time.  Often this was done by asking more questions, but we also had people offering a glass of water and dropping pencils.

4 – Double hatting –  In our set up we had 2 leaders in a meeting with one other individual in a number of different scenarios.  Most of these leaders were used to running this kind of conversation on their own and some were confused and even resistant to the idea of “double-hatting” the meeting beforehand.

After the simulation had run there was a universal appreciation of the value of having two leaders in the meeting.  The value of a second perspective, of time to think, of being able to play different roles and of being able to learn from each other made it very worthwhile. Several said that they would make a practice of doing it for regular meetings.

5 – Feedback – As well as the two leaders and an actor in our set up we also had three observers, focussing on the quality of listening, action and emotion in the conversation plus one of our team of facilitators.  At the end of the scenario,, the facilitator would first ask the leaders what they felt had gone well and how it could have been even better.  Then each of the observers and the actor before finally giving their own feedback.  The scenario usually lasted about 10 minutes and was followed by about 30 minutes of feedback using this “Appreciative enquiry” model.

While the scrutiny may have been a little uncomfortable at first the emotion of the actors immediately focussed the leader and they were straight into the drama of the scenario and forgot the observers.  All of the participants found tremendous value in the feedback after the scenario.  It is interesting that in organisations, meetings are often the key place where performance occurs and yet, unlike actors or athletes, we very rarely analyse these performances so that we can learn from them and improve.

Holos helps make change easy. We help organisations develop their leaders, map out and deliver the changes required to achieve sustained success even in a highly disrupted environment.

At Holos, we have been studying change leadership and leadership training in the crucible of reality for years. We know what great leadership looks like and we know the journey to achieve it. We have developed a suite of diagnostic tools to understand where companies and teams are on this journey and how to take them from there to sustained success.

Holos has a wealth of specialist leadership and culture coaches and consultants with decades of experience working with a huge variety of leaders. Holos can help you or your organisation to upgrade its leadership to flourish even in a challenging business environment.

The Business Transformation Network has posted this article in partnership with Holos Change. 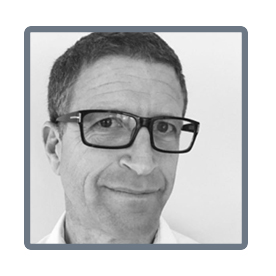