On Tuesday 21 November 2017, Robert Gabriel Mugabe officially resigned as the President of the Republic of Zimbabwe. After 37 years in power, the man who became his country’s first democratically elected leader in 1980, stepped down in the wake of a military takeover that has sent shockwaves around the world.

Change has finally come to the embattled nation that has endured economic and social hardship under a brutally oppressive regime. Zimbabweans across the globe, many of whom have never known another leader of their nation, have been celebrating since the announcement and have had their jubilant faces broadcasted on news stations around the world.

However, once the confetti has been cleaned up and uncountable hangovers have been nursed, a pressing question will need addressing: Now that Mugabe has gone; what next?

Change, whether positive or negative, can often have a derailing impact. By its very definition, change is a leap into the unknown which can be daunting no matter the context.

For Mark Fitzmaurice, the reason why change can be so dramatic, lies in his interpretation of the word.

“Change is disruption,” Fitzmaurice said. “In fact, we’ve probably gone beyond the word ‘change’ as it doesn’t quite cut it anymore.”

Fitzmaurice did not (at least openly) have the geopolitical situation of Southern Africa in mind, during our conversation but he did reference the shifting landscape that we, as an ever more homogenous global village, find ourselves in as we head into 2018.

It can often seem like new technologies and ways of thinking have us hurtling along at breakneck speed into an unknown future. Fitzmaurice acknowledges this by stating that the life cycle of change has dramatically altered since he joined Dale Carnegie in 1987. “Back then, we would speak about implementing five-year plans, today - we talk about change in terms of months.”

In this ever-evolving world, it is imperative that a leader stays ahead of the game. Stagnation can be the death of innovation and an organisation that is not innovating, will be left behind.

Change for the sake of changing, is akin to taking a shot in the dark. Sure, you may hit your target, but if you are the CEO of a multi-billion dollar company or the manager of a Premier League team, a misplaced shot could have serious repercussions. So when is the best time to change things up?

Fitzmaurice references the Sigmoid Curve, or S-curve, and says that astute leaders implement change when on top. “If you wait for things to start going badly, you’re already on your way down and it will be a lot more difficult to change. The best leaders can sense which way the wind is blowing and can shake things up. They disrupt the market and have the competition playing catch up.”

It takes bravery to change when your team is winning, however, that is exactly what is needed to ensure sustained success. You also need to win over the hearts and minds of those who work alongside and under you.

A key obstacle that Fitzmaurice and his team at Dale Carnegie have encountered revolves around the understanding that alignment and agreement are two separate components in leadership that he says are often mistakenly conflated. 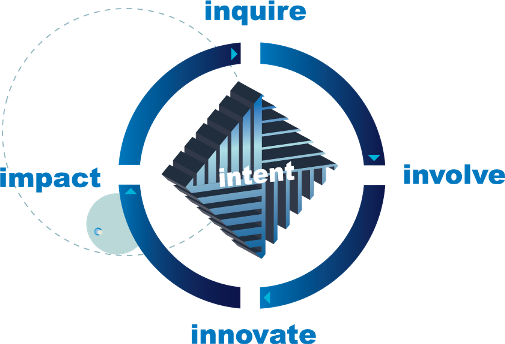 Agreement is clear-cut: individuals either agree on a change of course or they don’t. Agreement is also not necessary for change to succeed and that is where it differs with alignment.

“I can have a completely different opinion to you. What's important is that we're aligned on the overall mission and we understand why we’re making a change. This way, even in disagreement we can still produce something positive''.

If there is a disparity in terms of alignment from the leadership group, members of staff will sense a rift and start playing one leader against the other or, as Fitzmaurice puts it, “playing mum against dad.”

Misalignment from the leadership group, can also lead to fear, confusion and anxiety within the organisation. This, in turn, can lead to resistance to change. This may happen from time to time even if the leadership group is singing from the same sheet. Change, after all, is a daunting prospect even at the best of times.

For a leader who understands this and is aware that change can elicit strong emotional responses, navigating these waters does not have to be the precarious venture that it may seem. As Fitzmaurice explains, “Many leaders often confuse fear and resistance. You have to know whether the individual is merely concerned by a change in direction, or simply hasn’t bought into the new strategy.”

Once you have done so you can make an informed decision on whether or not that individual will be a part of the new direction. “You have to give everyone a chance to get on the bus at different times, as it is unrealistic to expect everyone to be on the same page. Some early adopters will buy-in to change immediately and you need to use these champions to create momentum. Others will take their time but some will simply be resistant to change. In these moments you have to be a decisive leader, because if you wait too long for everyone to get on board, the bus will leave and you’ll miss your chance.”

Change is all about moving forward, striving for new horizons and keeping the wheels of the bus turning. Of course, there are going to be bumps along the way and sometimes dead ends, which may cause you to turn the bus around.

In these moments the language you use is crucial, as Fitzmaurice goes to great lengths to stress the importance of framing every decision as a bold step forward.

“If you make a mistake and decide to revert to a strategy that has worked in the past, it is imperative that you don’t use words like 'going backwards' or 'reverting to type'. Negative language can be derailing, so you have to give the impression that you’re moving forward. You can move forward to a model that has worked before, but regressing is not an option.

Incorporating the history of your organisation is a useful strategy. Dale Carnegie is 105 years old and Fitzmaurice states - that every member of the company is not only proud of this but draws inspiration from their rich history.

Ultimately, there is no one-size-fits-all approach to implementing change. Every organisation will be comprised by individuals, who have been honed on different sociological and psychological profiles.

What remains the same is the need for change. While a lucky leader may be able to stick their finger in the air, to get a sense of which way the wind is blowing - only the best are able to implement change successfully.

Mark Fitzmaurice will be a Keynote Speaker at the London Leadership Summit 2018 at London Stock Exchange on March 16th . Click here to find out more.

Looking back at what happened...