Safety is a team sport by Michael Nates

Using a football parable to build bridges and understanding

How to integrate Health, safety and the environment (HSE) practices into core business operations has always been an ongoing challenge & puzzle for HSE professionals. This is particularly acute where safety culture is evolving & emerging. Throughout my career, and especially in the Middle East, it became apparent that safety is seen as purely the safety teams’ responsibility, while the Operations & Maintenance (O&M) or Construction teams get on with their daily duties. This divisive perspective is generations out of date when compared to current best practices that insist that HSE is a key responsibility and line function of the O&M and/or construction teams. In spite of efforts to reiterate this message, it is seldom embraced due to, in my opinion, misunderstandings and reluctance to change or take personal responsibility.

Presenting this view in a way that is understandable to everybody (executives, managers, team leaders and operational personnel) has been an ongoing obsession of mine. I now use a story, an analogy, as a tool to start the discussion.

One commonality across the globe is football – it is a simple bridge to connect diverse groups. Everybody understands football! Each person has their team; they are an expert on the team’s formation, how good their defence is and the brilliance of the centre-forward. Having watched hours & hours of football they deeply understand how successful teams have a common vision, play specific roles and work to support one another so that their club wins trophies. I realised the best way to convey the safety message was to wrap it up in a football parable.

Imagine that an operational facility is similar to a football team. We can map the forwards, midfield, defence, the goalkeeper and manager into specific business roles. Just as football is a true team sport with everybody in the team having a role which impacts all others in the team, so production and construction teams have their defined positions and roles in the team formation defined by the organizational structure. The forwards; the people who go out every game and score the goals get the glory and make the team successful, are similar to the operators and production staff who work shift after shift. The majority of business KPI’s are production focused and everyone understands that we must support production to be successful. The midfield is similar to the first line supervisors and middle management as they watch and support the production plan, execute team strategy and ensure that the whole organisation works together. They are the middlemen that take the ball from the defence, move it up through the system and ensure that it gets to the production team so that the strikers net the production goals. The defence is analogous to the maintenance team who are working in the background to make certain that managers can schedule and maintain production. They are the unsung heroes, the backbone of the team and the organization that keep it solid and reliable. An advancing attack on the organisation is similar to losing possession of the ball or a production loss and must be repelled by the defenders who get the plant going to ensure the availability of production.

The metaphor can be extended to construction sites where the forwards are the work crews of the contractors who are building the plant. The midfield comprises the planners, engineers and construction managers who schedule and coordinate the works – they keep the machine moving. The defensive line is the procurement, logistics and HR teams ensuring people and materials are always available. These resources are utilised by the construction teams who provide them to the contractors on the front line that in turn build the plant to the expected quality, on time and within in budget.

The team manager should be seated on the side of the football field. Their role is to watch the whole game, develop and implement the strategy, but not to be involved in the game. This is similar to the General Manager (GM) or Project Director’s (PD) role. When the GM or PD gets drawn into the game they lose the breadth of perspective required of their senior roles. It is a challenge to restrain oneself from rushing onto the field and playing the game when they (believe they) have more experience than the players on the field, but it is vital that they stay off the pitch and let the players perform, learn and grow.

So, where is safety and who is the goalkeeper? The goalkeeper is the last line of defence -  the safety team and safety personnel. They stand as the last line of defence between something going wrong & causing harm and an own goal being scored. The role is independent of the match (O&M) going on under their watchful and risk sensitive eyes Furthermore, goalkeepers are the leaders in their half of the field, champions for best practices and de facto on-the-field coaches. Safety is a critical friend to the rest of the team who helps them by looking over their shoulders and shouting early warnings.

We’ve all heard that “safety is everybody’s responsibility” and in this analogy, the team, the 10 outfield players, all need to play and perform with safety in mind. A famous English football manager, Brian Clough once said: “The greatest offence in football is to give the ball to the opposition”. A loose ball that goes to the opposition is similar to an act that is unplanned or potentially harmful. In order to ensure that the team performs at its highest level and does not become vulnerable then it needs to make certain that safety is integrated into all of its playing formations & processes. The top sports teams train & practice the same moves over & over so that when it comes time to execution they know how to do it - they do it in a professional, confident and predictable manner. The same should happen in a production process or construction site with the outfield players practising and rehearsing how they will do the job to ensure that they do it in a safe and environmentally-responsible manner. Loose balls, which are akin to working outside of standard operating procedures, should not be the modus operandi and the team should all run in formation knowing their positions and how to behave safely.

In this way there are 10 players (91% of the shift team) actively embodying safety as part of the day job. This is very different to the too common approach of 10 players performing without considering safety and expecting the goalkeeper, the remaining 9%, to secure the whole team’s safety. The way teams win European championship is with 91% of the players focused all the time on how to perform professionally - every pass counts -  and they are supported by an additional, independent, extra 9% to help them deliver to 100% so that they don’t slip up under extreme pressure.

Let’s extend the analogy a little further and ask what is the consequence when the goalkeeper - the safety team - plays out of position and is drawn into the day-to-day operations of the site? Safety is often asked to sign permits to work, does minor maintenance (like checking fire extinguishers) or being responsible for housekeeping & security. These tasks are all core responsibilities of the O&M and Logistics teams. When the safety team is distracted by these tasks then the goal is no longer protected, as your last line of defence is preoccupied. If your goalkeeper is playing in the midfield or frontlines then they are no longer independent nor have the clarity of being the critical friend. The result is that you more likely to let in soft and own goals.

If we play as uncoordinated, under trained and ill-disciplined individuals that expect others to save them then we will always be chaotic and vulnerable in defence to the unexpected. However, if we play in formation as a united team with everyone “being safe and responsible” then we all win by going home healthy and glowing with success. Let’s make safety a team sport.

Michael Nates is Managing Director of Nates Associates and is a seasoned management consultant and professional with more than 20 years experience. His career has focused on team and management development, leadership, organisational change and transformation within the contexts of the built environment, sustainability, asset management, corporate responsibility and HSE. His technical and managerial roles, as both client and consultant, have required him to develop teams from start-up through to self-sufficiency and onto performance excellence and profitability.

Michael has national and international experience in a range of sectors including power and utilities, construction, green building and real estate, transport, manufacturing and professional services. 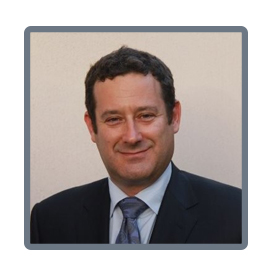