The Problem with Women: Diversity in the Workplace by Andrew Fox 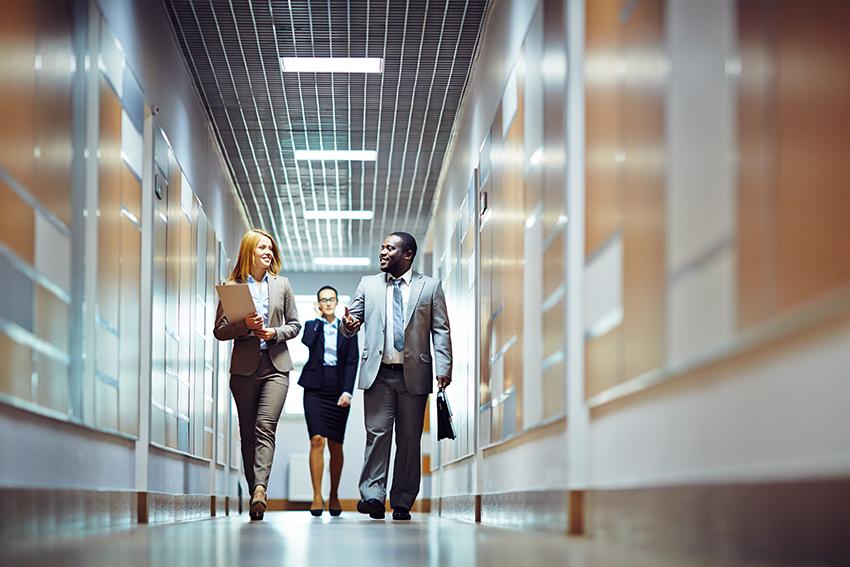 Head of HR for Global Functions, Technology and Services at HSBC

Andrew joined HSBC Bank plc in August 2008. He is currently the Global Head of HR for Global Functions, Technology and Services. Prior to joining HSBC Andrew worked for Santander in the UK.
Andrew has worked for his entire career in HR in Financial Services and Professional Services and is passionate about enabling business performance and people development. He has led significant change initiatives in both South Africa, the UK and Globally & is a Chartered Fellow of the CIPD.
In his spare time, Andrew is a Martial Arts enthusiast and enjoys riding his Harley when the weather permits. Reading and watching movies also occupy his spare time.

The Problem with Women...Diversity in the Workplace

The broadsheets, journals and everything in between is littered with commentary around gender diversity at boards, at senior management levels and in organisations in general. I don’t plan to repeat that rhetoric in this article but would choose to mention a few facts:

· In a Mckinsey report, it says that given current rates of change “It will take over 70 years to achieve gender-balanced boardrooms in the UK” (a very sobering challenge!)
· Regulators, shareholders and politicians have all weighed in on the debate and the most commonly quoted aspiration is the one articulated by Lord Davies in his report suggesting that FTS 100 companies should have at least 25% female board members by 2015 (not very ambitious on the face of it).
· An EU commission draft report on the topic reported that a minimum of 40% of NED’s should be female by 2020 (again not very ambitious)
· S Sandberg (2010, Ted Talks) talks about the rate at which women drop out of the workforce and we aren’t making progress. He states that of the 190 Heads of State globally, only 9 are women, in parliaments across the world only 13% are women and top corporate or board positions – 15-16% only.
· The EY report “Diversity drives Diversity” 2013, clearly shows that higher levels of diversity drive more diversity and that the opposite is certainly also true.

A simple Google search will show just how many people have an opinion on gender diversity and will also reveal a variety of views on what the aspirational targets should be and that generally industry is falling woefully short of creating diverse and inclusive workplace.

So clearly despite the rhetoric, something is not working. And why is this issue viewed as so important? Not just because “it is the right thing to do”. There are clear social and economic reasons to increase diversity throughout organisations, right from customer service professionals to boardroom decision makers. And perhaps greater board diversity would have reduced the recent number and severity of organisation scandals. Diversity of thought (and by inference then diversity) has been proven to lead to better decision making.

And as society changes so too does the demographics of who controls disposable household income change, and organisations more representative of that society are better placed to capture their share of that disposable income.

So clearly there are many reasons why organisations should want to transform and become more diverse and yet progress is painfully slow.

HR can lead a holistic approach to this challenge (assuming that OD capabilities make up a vital part of their toolkit). For real change to take place, everything must change. Taking a systems approach HR should work with the business and change literally everything.

HR, however, needs to be mindful that if they want to create real change:
1. Build a strong business case (just like the IT director would have to if he or she wanted the business to invest in a new system)
2. Use the businesses language and where possible their tools and methodologies (as opposed to HR jargon)
3. Less is more, simpler is better. Consider the change holistically.

Targets need to be set, like for any other aspect of the business (e.g. budgets, costs, sales, customer recommendation, complaints, outages etc.) and achievement of these targets embedded in performance management, reward and mobility. If we believe that diverse candidates are as skilled as their white male counterparts, then targets and meritocracy can exist side by side. Targets are a way of measuring and achieving a large number of key strategic objectives and this should be no different.

If this is done in conjunction with building a strong pipeline of talent at the more junior levels, we should expect accelerated progress.

Ultimately the culture of the organisation needs to change to become accepting and encouraging of greater diversity (in its broadest sense actually including ethnicity, religion, sexual orientation, etc.).

We already know that this is proving difficult, and the main reason for this is that boards and senior management are currently fairly homogenous, i.e. they consist largely of middle-aged white males. It’s not necessarily true that this population doesn’t want to change, it is perhaps truer that they simply don’t know how to.

So, in summary perhaps, the problem with women (advancing in the workplace), seems to be...men.