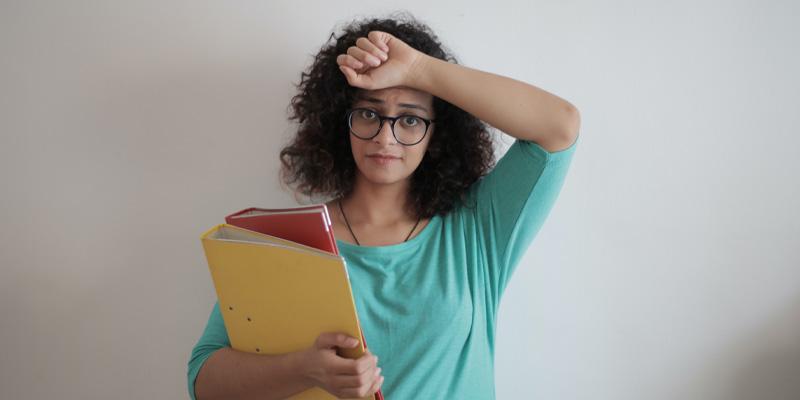 Change fatigue can be a real problem in organisations and at the moment, most of us are feeling more fatigued than ever.  The continuous uncertainty that we feel in our lives at the moment is exhausting.  And for organisations trying to create change at the same time – it can feel like pushing a heavy rock uphill.

Even before Covid (remember those days?!) change fatigue plagued most of the large change programmes that I ever worked on.  Every time a new change was planned, it was faced with calls of “not this again” or “I’ve seen all this before”.

The Center for Creative Leadership recently found that change fatigue is amongst the top 5 things that leaders worry about when implementing change.

So, what can be done?

This is about looking at change in a different way, following a number of principles outlined below.

On a recent transformation programme that I worked on, leaders were concerned about how fatigued the employees would be after years of new IT systems and ways of working to contend with.  I suggested that we use a “stealthy change” approach where instead of announcing one big change, the changes took place as a series of small, continuous improvements.

Employees need to understand and feel comfortable about the fact that change is a part of life in order to build resilience to change and taking an approach of continual evolution rather than major change programmes followed by periods of stability, is the best way of doing this.

We introduced key change messages into every day communications and conversations rather than in specific messages.  I spent a lot of time talking to individual teams and managers to understand the needs of their team and then tailoring the change interventions and communications to suit.  I attended lots of team meetings and talked about what was going to happen rather than sending people to attend a specific change programme training course as had been the case in the past. This approach really seemed to work with good engagement from employees and managers.

Look for people in the organisation who are influential and could act as champions.  These champions are not in the usual model of change agents.  Rather they are “positive deviants” (in the language of the Harvard Business Review article referenced here) who are influential and who are already working in the ways that were required in the future.  There are always pockets of good practice within organisations and finding them and recognising them is key.

As a result of their influence, they are able to act as role models and are also able to speak to their teams to explain what is changing and why.

This stealthy model of change requires a shift in emphasis from leaders in the organisation, from advocates of change to inquirers about change.  There needs to be a willingness for leaders to be led by their teams rather than leading them (hence the Lao-Tzu quote at the beginning of this piece).

Taking this bottom up approach to change enables engagement with all the stakeholders in an organisation, ensuring that their views are heard and considered and ultimately resulting in greater engagement

Joined up thinking, not silo mentality

Creating a compelling story of change is also key.  Ten years ago, I worked in an organisation that had 7 different change programmes going on, none of which communicated with each other or were joined up in any way.  Every day, employees received multiple emails and messages relating to changes and it was impossible to see how they were connected.

My role was to stitch together the different narratives about each of these change programmes into a compelling story so that employees could clearly understand what was changing and how they might be expected to work differently in the future.  By doing this, change fatigue was reduced because employees were not being bombarded with multiple contradictory messages.

Building on the idea of creating a bottom up change programme, it is important to think about the language that is used in organisations.

Think back to the last change programme that you were involved in.  I bet the words “strategy”, “transformation” and “intervention” were regularly used to talk about it.  These words all suggest that change is being done to people in the organisation rather than something that they could get involve in.

Words such as “transformation” and “restructuring” have become so over used in organisations that many employees feel fatigued by them.  They have become meaningless.

So, it’s time to think about new words that describe a bottom up approach to change.  Maybe even ridding organisations of the words “change management” altogether.  After all, is it really possible to rationally manage something as complex as change?  Isn’t it better to use words to suggest that change is a collaborative effort rather than a battle?

What words would work for you and your organisation in describing change, perhaps without using the word “change”?

Dr Susanne Evans began her change management career in Big 4 firms before setting her up own consultancy. Feldspar Consulting in 2007.  She focuses on the people side of change, enabling her clients to achieve sustainable change through the use of appreciative inquiry, conversation, dialogue and storytelling.  She works with individuals and companies across a variety of sectors and with organisations of all sizes.  Susanne is an experienced trainer and facilitator, with a Postgraduate Certificate in Facilitation from the University of Surrey and a PhD in Organisational Change and Storytelling from the University of Birmingham.  She also hosts the podcast ChangeStories (https://www.feldsparconsulting.com/change-stories/) where she shares insights about change through conversation.  Away from work, Susanne loves open water swimming and anything to do with archaeology.

In part 2 of this series around ‘Future Strategies in Engineering Quality’ in partnership with A1QA,...