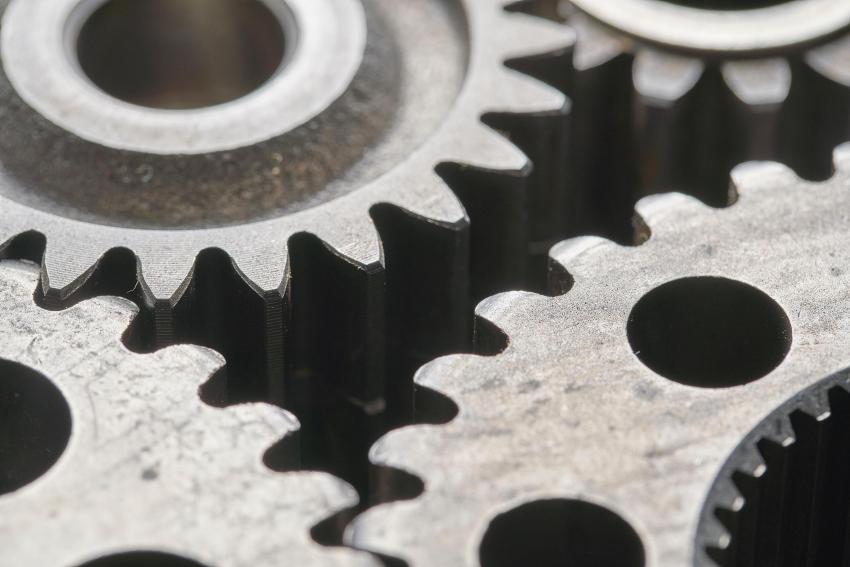 "Operating Model" is now a familiar term within many organisations although their purpose, value and how to construct them is not always fully appreciated or sufficiently understood.  Their purpose should be to describe how an organisation is structured, what capabilities exist within that structure, and how those capabilities work together to achieve agreed objectives.

What Does an Organisation Do?

The problems many organisations encounter when attempting to construct an operating model often prevent anything useful, maintainable and sustainable being produced; there’s just too much information about the organisation to capture and represent: locations, people, skills, processes, customer journeys, applications, interfaces, data, networks…

STOP!  Let's look at this in a slightly different way…

An organisation has three core functions:

(1) It does what it’s in business for - it’s Business-as-Usual (BAU) function defined by its business model; steady-state with no change

(2) It decides what it wants to do - it’s Strategy function.  This sets the company's vision, goals and direction, and enables a ‘strategic roadmap of change’ to be created

(3) It makes changes - its Change function.  Deploying 'change' successfully should move the BAU function to an operating state that is better able to deliver the organisation's corporate strategy and achieve strategic goals.

A TOM is part of a company’s Strategy function and is, as the name implies, a target. It will never actually be realised as the factors that determine the TOM will change quicker than an organisation can adapt to them; changes in technology, regulation, competition, customer needs, economic and political landscapes etc.

It’s a conceptual view of how an organisation needs to be structured and operate to deliver on its strategic goals and objectives.  As such it has to be produced at an enterprise level, ‘top-down’, as it needs to align to, and support delivery of the corporate strategy.

To be really clear, you need corporate goals and strategy defined before a TOM can be created.

However, it’s not unusual for multiple TOMs to be produced at divisional or departmental levels before the enterprise TOM has been defined.  These lower-level models are often constructed in relative isolation, in silos, so you end up with lots of TOMs, created to different standards that don’t fit together, and don't fully support delivery of the corporate strategy.  This fundamentally misses the point of a TOM as you can't define divisional goals and strategies before producing an overall corporate strategy.

It’s common practice for corporate and divisional strategies to be reviewed periodically; TOMs should also be reviewed in line with these strategy reviews and adapted as required.

With a TOM defined, a strategic roadmap for change can be produced to help define transformation programmes and change plans.

Many aspects of an organisation may need to change including its business model, the shape and structure of its organisation, locations, the number and type of people employed, culture, processes, data, applications and its underlying technology and infrastructure.

However, defining a robust roadmap requires an organisation to know where it’s starting from (it’s Current Operating Model) as, without this, the route between COM and TOM may be incorrectly defined and result in increased cost, time and potentially compromised outcomes.  This is illustrated below:

Time, effort and cost will have to be incurred to understand what is wrong and what needs to be done to recover the programme.  This will involve moving along the black-dotted route until it’s back on the correct path, as well as taking remedial action to address any unexpected consequences (denoted by the orange cross-hatched area).

The later it is realised that the start point was incorrect, the costlier it will be to address.  It also increases the risk that overall objectives and benefits may be compromised, increasing technical debt and possibly requiring numerous workarounds which, over time, may lead to an increasingly clunky and inefficient operation that just gets harder and costlier to support and change.

A COM should describe an organisation’s current operating state.

However, companies that have attempted to define this at an enterprise level (often as part of an Architecture function) tend to over complicate it or make it too technically focused, only ever being used by a small population.  This wastes what should be a hugely valuable and reusable corporate asset.

The key to creating something useful and maintainable is being able to understand and identify the appropriate level of detail required.  If done correctly the areas of the organisation impacted by change can easily be identified so you don’t have to define the ‘as-is’ for every initiative undertaken, and you know who to engage at the outset.  You have a single source of operational truth.

It’s important not to get hung up on defining the detail and trying to incorporate everything at once; you need to have different views, different perspectives and build up layers of understanding.  The starting point is to construct a matrix of the current entities (departments, sub-departments) and the main functions each of the entities perform, along with a list of typical business scenarios.

This enables you to understand the interaction between the different parts of the business for the core business scenarios.  This foundation can then be used to overlay anything you want to understand more about e.g. customer touch-points, data flows, applications, MI produced, network domains.

Developing these layers allows you to build up a complete picture of the organisation which, as it is composed of relatively simple components, makes it simple to maintain.

Operating models shouldn’t be looked at in isolation as they don’t just exist as things in their own right - TOMs, COMs and strategic roadmaps are all connected.

Even with this brief outline of operating models I hope it’s clear that they can (and should) play a hugely important part in helping organisations being better able to adapt to change in this ever-increasing world of uncertainty.

Note:  A critical factor not mentioned is the effectiveness of an organisation’s change function i.e. its ability to action and execute the required transformation activities.  Unfortunately, many companies don’t "do change" very well, with their change process often lacking clarity, being overly governed, bureaucratic and clunky.

Gary Burke is the founder of Rabbits from Hats and works as an independent Transformation Consultant, passionate about increasing the understanding of transformational change and its impact on business and operating models. Although having an actuarial background, Gary’s interest in transformational change drew him to that space where he has now worked for over 25 years in a mix of project, programme and head of change roles across multiple sectors.

Being able to successfully establish and execute transformation and change programmes is a key element in enabling you to achieve strategic goals...