Now is the Time to Love by Yetunde Hofmann

The murder of George Floyd by a member of an institution whose purpose and reason for being is to protect him is one that has evoked emotion at levels that many have not predicted. Yet this is unsurprising.  I cannot begin to imagine the pain of any mother of any race or leaning that would not feel despair at the cruel deprivation of her son’s life. His murder is an indication of racism and discrimination at its very worst.  What is frightening is the fact that this officer grew up somewhere, was educated somewhere, developed values and an outlook of life somewhere. Small behaviours of exclusion, discrimination overlooked or not challenged and even at times endorsed.  There are many bystanders in this life. Bystanders who observe and say nothing. Bystanders who experience and still say nothing.  There are those too who go through life bottling up the pain and shame that comes through exclusion and discrimination.

And in a world where the notion of love in organisations is resisted and yet is actually in my view, the only answer, what replaces it is protest, violence and aggression. And yet, who can blame? What is left to do after years and years of oppression.

Yet this is an endemic of a kind not limited to the black race. It happens too – black on black crime, exclusion.  The tolerance of child molestation and child brides in parts of the world – allowable because of “culture.”   The exclusion and the invisibility experienced by the disabled and some of our elderly. Anywhere in the world.

Wherever we look, whatever industry, aspect of society in varying degrees inequality, injustice, exclusion and racism exist.  In micro ways. In macro ways. In organisation, initiatives upon initiatives are thrown at it – the appointment of black and minority ethnic leaders into jobs responsible for diversity and inclusion for example. That is good. It should not, however, be the only action taken.  Where are they in the other executive roles?  The creation of special interest groups.  The introduction of workshops on bias and unconscious bias.   The emergence of high profile movements backed by corporations large and small. In our schools a plethora of education on mindfulness, sexual orientation and climate change.

And yet, violence continues, and bullying prevails.

As a black woman, I have experienced bullying, discrimination, exclusion, name-calling and derision. At school, at work, in community, with friends and even from those you would ordinarily expect to understand.  With some it’s been ignorance, simple yet dangerous ignorance. I have long come to accept that turkeys never vote for Christmas.  Why would a person sitting in the most comfortable seat to his or her liking, give it up for something less so that another may benefit? It takes one of the most difficult and yet most necessary capabilities and values needed in the world. It’s called Love. An unconditional Love. A willingness and a decidedness to see another person for who they are.  A human being.  And to accept them for who they are – a human being like you and me. And yet, Love is probably one of the most resisted topics and subjects.  Without the genuine presence of love in society, in community, in education, in our public and government institutions, in organisations – permeating every corner and angle of what and how we go about our lives at work, at home in business - we really don’t have a hope.  But what it takes is a willingness to start.  That willingness from you and from me to start. To be decided to make a difference where we are and through what we can influence. A conversation at a time.  And maybe just maybe one day, the lives of Aubrey, George, Martin Luther King, Nelson Mandela and all the other heroes and heroines at home, and abroad, those seen and not seen whose lives were taken – would not have been lost in vain.

It is time for us – all of us – no matter our creed, race, or learning – to stand, to talk, to face into what really will make the difference.  And to take action.

It is time to Love. For Real.

Yetunde Hofmann is Managing Director of The Enjoyable Life Series and Synchrony Development Consulting, and Author of "Beyond Engagement".

She is also a Portfolio Non-Executive Director and Board Trustee working with organisations across a variety of industry sectors, as well as TEDx and Keynote speaker, Joy Instiller, Explorer and Evangelist - daring to think different. 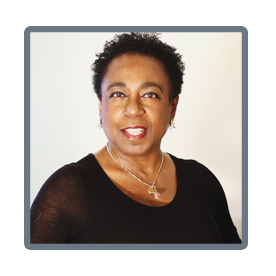 Move With = Mutuality How To Create Safe & Supportive Environments by Catherine Hayes
Read post
HR skills for the changing world of work
Read post
Moving in times of Corona by Ankita Poddar
Read post
Welcome back: merging furloughed employees back into your team
Read post