Not just another Brick in the Wall by Ron Leeman

When I was doing my normal daily swim this morning this kind of got into my head so I thought I would get my thoughts down into a short article just to see if it makes sense.

I would imagine that the majority of us when we were kids had a Lego set bought for us and of course, Lego is still around today … what a great success story. The kind of Lego sets that you probably had bought for you normally consisted of specific bricks and pieces + a set of instructions that showed you how to build whatever it was on the box. Great so away you went opening the box and tipping out all the individual pieces onto the table or floor or whatever. Then it was a matter of making sure that all the pieces that it said you needed were all complete by comparing them against the set of instructions.

Yep, they are all there, so time for action. Diligently checking the instructions and slotting each piece together as it stated until you completed the finished article ... whooopppeee. Having said that I invariably always ended up with one or two pieces that I couldn't fit but hey that's another matter.

Over time you would get more and more Lego sets and go through the same process every time … check that all the pieces are thereby comparing them against the set of instructions. Again once built that was it. Next set, please.

Over time you would have amassed many sets and built them according to the instructions.

But this became boring because all you were doing was following the instructions and not using any imagination or personal innovation. So, eventually you would break up all these Lego structures and sling all of the pieces in a large box until you ended up with a mass of different pieces of Lego of all different shapes and sizes. 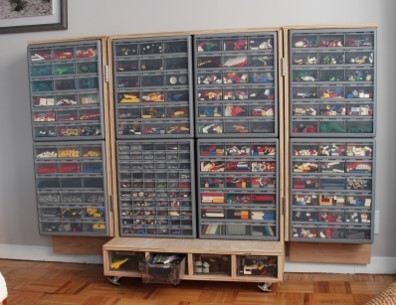 Now comes the interesting bit. You then decide you want to build something from some of those pieces of Lego that doesn’t come with a set of instructions. So you come up with the idea of what it is you want to build and then start sorting your pieces into some semblance of order and start building. This becomes a bit of a hit and miss process because as you build some of your ideas will work and others won’t so you go back to your box of bricks and look for the ones that will suit what you want to do.

After many trials and tribulations you eventually come up with something that looks like (but not exactly but nearly) what it is you wanted to build. 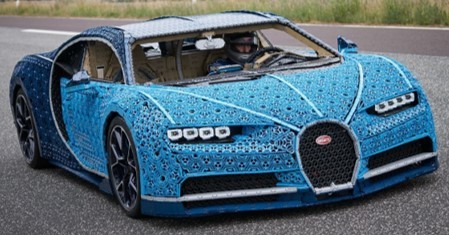 So what’s my point.

So what do you do? You think about what it is you want to do and start to select all the different pieces (tools & techniques if you like) from your box and build something that is bespoke to the Project. What you don’t do is try and use the same old instructions that you used before that may well have worked then but won’t work with this new Project you have.

The moral of the story is …

Don’t try and make something that has worked before work again in a different situation or circumstance. Use your methodologies, tools and techniques like your box of Lego bricks and choose the right ones for the right situation and end product.

Does that make sense?

I started work for the UK’s MoD and after completing intensive training at the Royal Military College of Science, Shrivenham (now the UK’s Defence Academy) I worked for them as a Work Study Practitioner, and Organisation and Methods Officer which involved observing people working, making changes to ways of working and then measuring them to determine efficiencies. I call this the forerunner of Change Management. Following the MoD I had a stint with Abbey National BS/Abbey as a Business Analyst, Productivity Consultant and Senior Business Consultant. After Abbey, I started as an Independent Change Management Consultant and worked in many industry sectors but all involving change in some way, shape, or form. I now live in Thailand where I continue my change work such as researching matters of interest concerning change, coaching & mentoring for change management and authoring consulting frameworks and business templates. I still do the odd project in the Region just to keep “my hand in”. In 2012 I was recognised as a Change Leader by the World HRD Congress. 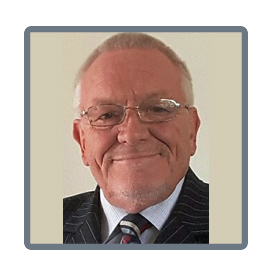 4 Reasons Why Sales Coaching Fails (and What to Do Instead)

Read post
13 Statistical Benefits of Diversity within the workplace

Can workplace diversity be considered an actual competitive advantage or is it just something companies tend...

Some years ago, AI and ML were privileged and mainly used within tech giants. Time goes by, and now, these innovations entail businesses of any...