My predictions for 2021 by Maarten Ectors 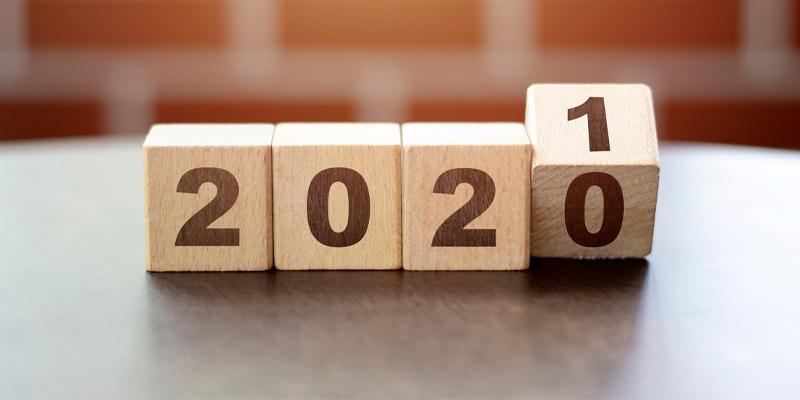 If one technology will dominate 2021, it will be crypto: tokens, smart contracts and distributed ledger. Decentralised Finance or DeFi will manage more than £150B. Bitcoin will reach $50K and Ether $2K. Several countries will launch their own crypto currencies. Google, Facebook, Apple,... will introduce crypto wallets in their respective offerings. Chinese financial services will go global, thanks to DeFi.

Vaccinations will dominate the virus although COVID will not go away and there will be a before and after. We will have to get used to annual COVID and other vaccines similar to flu jabs. Economically the second half of the year will see great improvements.

China will see a strong start of the year but because of what happened to the Alibaba IPO, tech leaders will choose to go global to avoid being exposed to one regime. Ant financials will embrace DeFi and launch solutions internationally. We will see Harmony OS grow to become the third OS on mobile. US chipset makers will get tough competition from new Chinese chips. A new TikTok type product will go global. Social unrest will become stronger but will have to wait until "Made near me" becomes bigger.

Globalization and COVID have shown some incompatibility. A new movement away from "Made in China" to "Made Near Me" will start. Robots, 3D printers, mobile 3D scanning and other innovative solutions will be used to produce products nearby where customers live and on-demand. The clothing industry will be one of the first to be revolutionized by clothing factories in containers that can make highly personalised clothing on demand.

COVID has also shown the weaknesses of EU unity. With the UK leaving with a relatively good agreement, anti-EU sentiment will go up. At the same time Italy will have to come clean and make clear that it cannot pay all of its debt. This will provoke a big EU crisis which will see some other countries make plans to leave or be pushed out. Large reforms with more Europe, e.g. one tax system, democratic elections of EU leaders, national voting rights for EU citizens,... will be needed to revive the project for the remaining members.

Germany will start reinventing itself from a car manufacturing powerhouse to health, industrial IoT and green energy innovation leader.

The EU will issue large fines to the tech giants.

Biden will unwind Trump's climate change denial, the trade war with China,... Trump will end up defending himself in many court cases. However China's trust in the US is broken. This will mean that the likes of Intel, Apple, Nvidia, Google, Facebook,... will see a lot more global competition.

The USA will start buying generic medicines in an all-you-can-eat model, reversing the trend of ever more expensive healthcare. Lots of innovation, especially health-related, will come out of the US due to investment related to COVID.

Tesla Energy will be the next growth engine for Tesla. Solar roofs, battery-solutions,... will have an almost unlimited demand. Tesla will become a disruptive energy supplier in many countries thanks to introducing a smart contracts based energy trading system in which excessive solar energy gets sold by individuals to others.

Battery prices will drop so much that electric cars will become similar and even cheaper than internal combustion engines.

The future of mobility

Tesla will roll out its auto-pilot and a Tesla will drive from one US coast to another without a human driver. Before the end of the year Tesla will start a pilot with robot taxis. Model Y and Semi will see strong demand. A Tesla van prototype will be shown. Several major cities will contract with the Boring Company.

Car makers will focus all their energy on electric vehicles but will not have a solution for auto-pilot. Google, Tesla, a European, a Japanese or a Chinese auto-pilot will be embedded by most. Only three will become leaders, with two of them US-based.

Electric planes will compete with hydrogen planes to become the future of aviation.

Trains and underground will move to driverless on a massive scale.

SpaceX will launch Starlink in many countries. Rural broadband will be revolutionized and will push 5G out of being the favourite for sparsely populated Internet solutions.

5G will see a business problem. Self-driving cars and rural IoT will not see a big demand for 5G. Opening of spectrum as well as more dynamic licensing of spectrum will see a new type of telecom operators get born.

Harmony OS will break the duopoly of mobile app stores.

Apps on open source telecom equipment will be hot.

Deep fake will meet cybercrime. AI-based hacking tools will beat human hackers in finding and exploiting vulnerabilities. Cybercrime will be a plague for traditional companies whose digital transformation is exposing them at a totally new scale.

Low-code solutions will get a new competitor with the AI-enhanced developer in which developers get helped by AI to quickly code new solutions.

Risc-V will be seeing the first server chips on a public cloud. A Raspberry Pi type of board will see hardware pricing drop. However the big revolution will be in low-cost networking and IoT equipment where Risc-V will become the new leader.

Intel and Nvidia will see the impact of open source hardware on their business.

The Future of Entertainment

Remote entertainment will see many innovations this year. Augmented reality will become the new frontier.

Netflix will start buying content from me-too players who throw in the towel. Apple and Telecom VoD will not succeed to take large market shares. Disney will be the leader for kids. Similar leaders will spring up for news, sports, …

A new monetization for high quality content, local news and journalism will get born.

A new Chinese app will get into the top 10.

Maarten Ectors is a strategic innovator who exchanged working with the who is who of high tech to apply disruptive technology and business innovation from the inside in the top UK insurance and investment management company. In less than a year they won the best claim technology solution of the year award and that is just the start...

Indicators of Attack – A Proactive Approach to Cyber Defence

When you invest time and energy in creating content, you want it to make an impact. Unfortunately, that's not always the case.