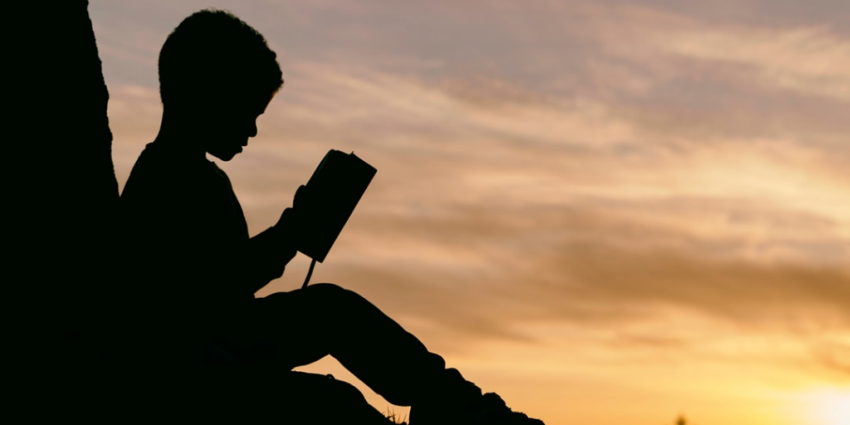 In my last article, I talked about the role of evolutionary psychology and the impact it has on your resilience in the modern world. This article will focus on the role of your environment.

The picture below is often known as the Freudian Iceberg. It illustrates the point that the behaviour and results that we see are driven by feelings and thoughts that occur ‘beneath the surface’. 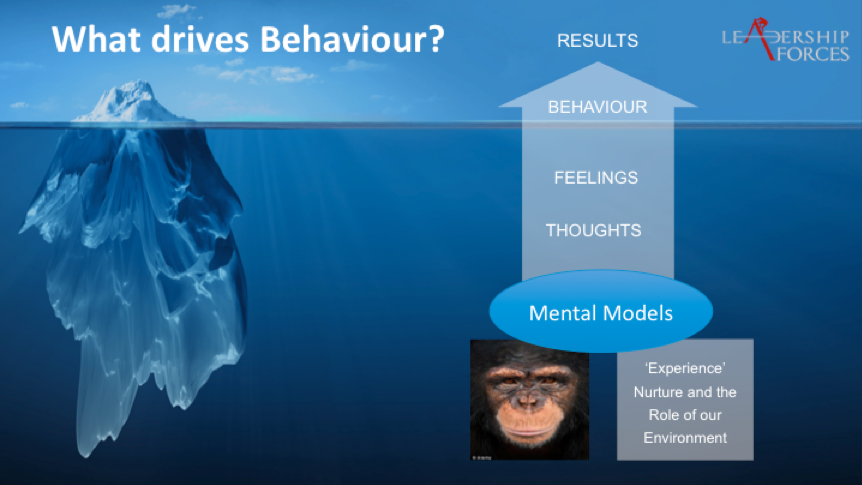 The evolutionary part of our brain makes a significant contribution to how we think about ourselves and understand the world around us but it’s only part of the story, the environment has a significant impact.

I was lucky enough to grow up in a stable middle-class family. I had parents that supported and challenged me to help me grow into a (hopefully) useful and productive member of society. The way I think, the way I behave and what I have managed to achieve are not entirely my own achievements, they are attributable to the environment I grew up in.

I cannot imagine what it is like to grow up in an environment where parents are abusive and aggressive, but I can understand the impact that it would have on the way an individual thinks and behaves. If you grow up in a world of violence, you learn to survive in a violent world. Whilst that doesn’t excuse any violent behavior, it might help to explain it.

There is a common narrative that many of us subscribe to. ‘Some people are good and some people are bad.’ Politicians use it to justify their policies. It’s reflected in the movies that we watch and it is why people don’t like movies where the bad guys win. It’s dissatisfying.

The problem is that we all think that we are the ‘good guys’ and that everyone who is against us is evil. It’s taught to us as children. In the Disney adaptation of Aladdin, Jaffar is the evil sorcerer hell bent on taking over the world. No one questions why in the same way that no one questions the wicked stepmother or Maleficent in Sleeping Beauty.

I believe it’s one of the reasons why re-offending rates are so high. Do I have a better suggestion? No, but we’re not likely to solve the problem unless we really understand it.  Changing behavior often requires changing the environment. Prison makes it worse.

Our evolutionary programming and our environments help us to create mental models that shape the way we see ourselves and understand the world.

If you are reading this, chances are you have access to a smartphone and have a University education. You probably have a strong work ethic and are ambitious, but you didn’t develop those attributes on your own. You will have learnt it from a role model who you respected and who demonstrated those behaviours. Alternatively, you will have seen the effects of laziness and chosen to act differently.  Either way, something happened that caused you to apply this approach to how you live your life. It’s not quite a mental model, but it’s a basic way of navigating through the world. Most of the time, it leads to success so it is then reinforced. Your parents probably congratulated you when you achieved things… your early bosses probably thanked you for your hard work. This ‘work hard, achieve, reward and reinforce’ cycle continues and it’s not a bad one to have until it doesn’t work.

When you start a business, you have to work hard. That’s a given. But working hard doesn’t necessarily lead to success. If you work hard to solve a problem that no one is willing to pay for, it doesn’t matter how hard you work, you won’t achieve what you want. Hard work is an element of success in the equation but it is not the only one. This is an example of where a mental model does not work yet most of the time people don’t change their approach. That’s why double-loop learning is so important. Most people continue to use the same approaches over and over again, never stopping to think about how their mental models and automatic ways of behaving are exacerbating the problem.

How does this relate to resilience?

The key point about your environment and nature is that they are fixed. But your perception and your ability to frame your experience is malleable.

My father has been married four times. That is a part of my history and environment. I could choose to take that experience and not trust women or the institution of marriage claiming that it’s ‘not for me and that it doesn’t work’, but that’s nonsense, plenty of people get married and have wonderful marriages because of the way they chose to act and treat their spouses. My experience is simply that, MY experience. There is plenty of data that suggests it’s not the truth.

My history is my past, yet that doesn’t mean it has to become my future. How I interpret the events that have happened to me and what I do with my life is what counts. Bad stuff happens. Everyone has been faced with a traumatic event at some point in their lives, but it’s what we do with it, how we frame it that matters and that’s the key to being resilient.

How we frame our experience and problems shape how we behave, which is why I consider myself lucky to have had the background I’ve had.

I moved back to the UK from New Zealand aged 12 leaving all my friends behind and having to start again. Within a year, I found out that my father had been married before and I had a half-sister that I never knew existed. My parents divorced and I saw my grandfather die in our living room, but I kept going and this experience gave me confidence in my mental strength. I joined the Royal Marines, went to war and started a business. Would any of these things have happened if I had a different set of experiences? I don’t know but if I had the choice, I wouldn’t change any of it… just in case it did, and for that I should be grateful.

So how are you framing your experiences? Does the pain of your past hold you back today? Are you resentful about things that have happened to you?

As unpleasant as it has been, it has taken place. It cannot be changed. The question is, what do you want to do in the future? Do you want to take your experience, all those difficulties and challenges and frame them positively, or do you want them to hold you back? It’s your life, it’s up to you but you might as well use them to strengthen your resolve for times ahead.

In case you missed it, you can read Part 1 or Part 2 of the series here.