Managers Take Responsibility for, Not Control of, Their Team and its Culture by Karen Walker 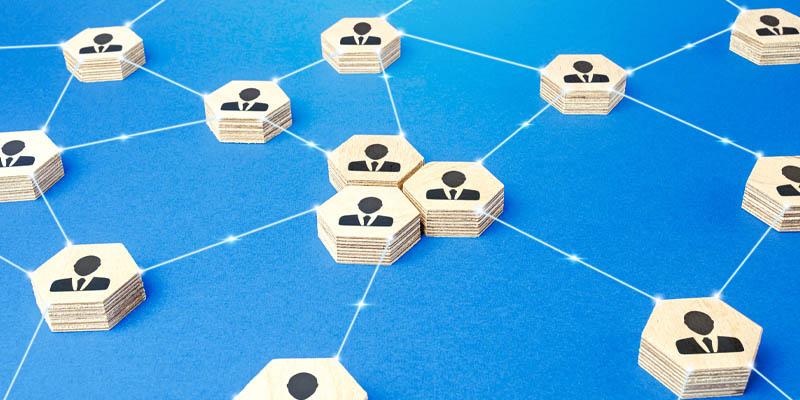 The management of humans inside most organisations remains highly bureaucratic, founded on complicated systems, rules and processes, designed to control and govern institutions, that do not help humans be their best.

Being bureaucratic isn't being human

By their very definitions, being bureaucratic isn't being human, but it's all too commonly a defining characteristic of so many managers, responsible for organisational resources that include human beings. 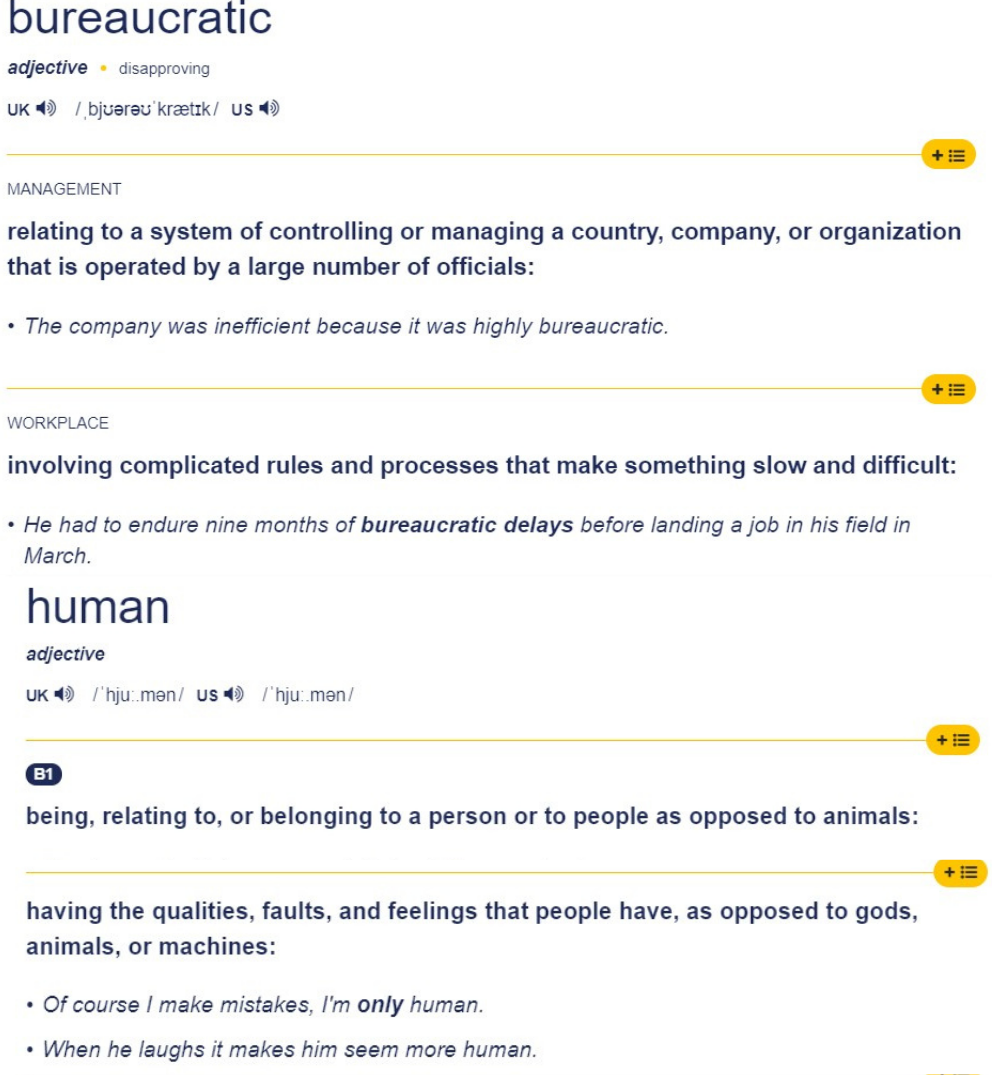 The Human Side of Enterprise was published in 1960, and author Douglas McGregor is credited with starting the “human relations movement”, when he contrasted his X and Y theories of manager assumptions, underpinning his characterisations of industrial era management with human-centered management. 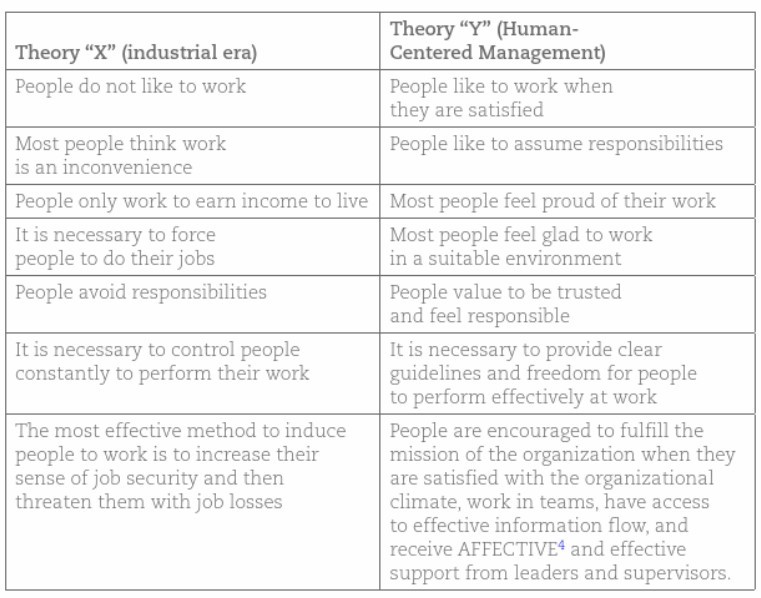 Although disagreements with some elements of McGregor's theories exist, sixty years later the push for more human-centric organisations, and managers, continues.

In Humanocracy, published in 2020, Gary Hamel and Michele Zanini argue "instead of a management model that seeks to maximize control for the sake of organizational efficiency, we need one that seeks to maximize contribution for the sake of impact. We need to put human beings, not structures, processes, or methods, at the center of our organizations.

In a bureaucracy, humans are instruments, employed by the organization to create products and services. In a humanocracy, the organization is the instrument - it's the vehicle human beings use to better their lives and the lives of those they serve."

The need for more human-centric organisations remains just as compelling and critical, as it did in 1960, when we consider the huge gap between what today's employees believe is most important to creating positive, human experiences for them - a positive culture - and what their organisation believes. 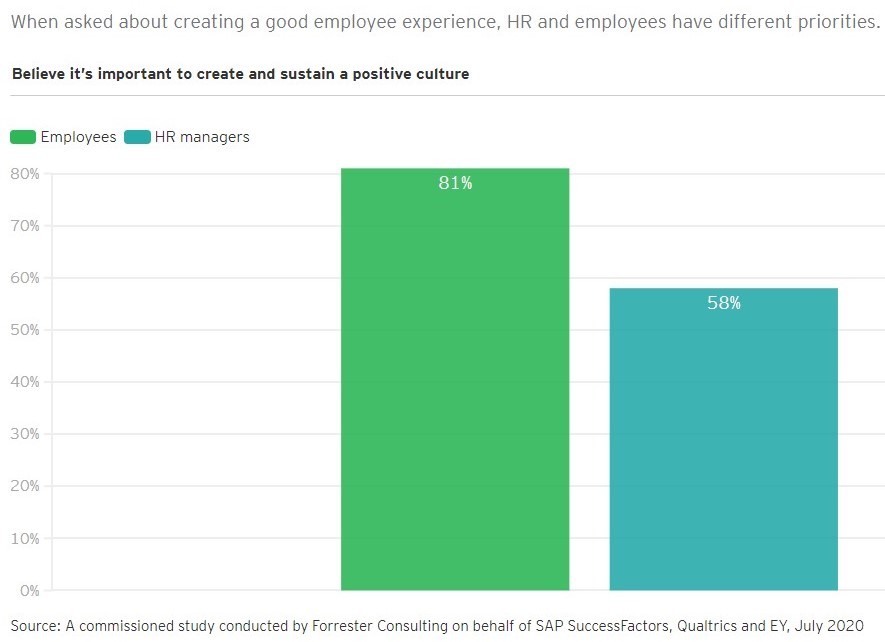 “The key question of top management is what are your assumptions about the most effective way to manage people?…Behind every managerial decision or action are assumptions about human nature and human behaviour.”

McGregor's consequential question from 1960, remains largely unanswered by today's managers, even those ticking every box of their corporate people management policies, processes, systems and governance.

People and culture governance in organisations, that can too often be totally divorced from any realities of human sciences and behaviour.

﻿Reality. Human-centric managers invest a lot of time and effort in enabling the power of human collectives - of their teams and the team's networks within the organisation. Resilience is the sustained ability of human collectives to withstand, adapt to, and recover from adversity.

"The first law of our being is that we are set in a delicate network of interdependence with our fellow human beings. It is the essence of being human." Desmond Tutu

﻿Reality. The manager's own human interactions and behaviours with their team, really matter.

"We’re still in the Dark Ages when it comes to teaching people how to behave like great managers. Managing is not a series of mechanical tasks but a set of human interactions." The Human Side of Management by Thomas Teal

Such as these eight critical characteristics of human-centric managers, who, provide teams with the power of ownership of their actions, and the impact of their work.

"Like an anthropologist, adopt an attitude of curiosity and commit to learning from the people themselves. Let's face it -- employees are your greatest asset. They determine whether your organizational tree flourishes or flounders. They are the root of your success." Martha Bird

It takes a village to support healthy and thriving humans, including adults at work. Ditch the popular, yet impossible 'manager as coach, mentor, sponsor, leader and direct reports / team manager' model.

Managers of people are the real custodians of 'People and Culture' in organisations.

Managers of people are responsible for healthy people and cultures, through their own actions, decisions and behaviours.

It requires choosing the right people for the role, and providing them with the right training, coaching and resources, so managers can successfully bridge communication, engagement, support, resources, social, cultural and emotional gaps, for workers and workforces.

Where they, and their employees, are supported by people management policies and processes founded on human behaviour and sciences, and a healthy, functional network of mentors, coaches, sponsors, their co-workers, work friendships and community relationships.