In Leading, There is No Substitute For Human Connection by Mary Schaefer

One of my clients started experimenting with responding to customer requests. His customers were co-workers — people internal to the company. He was getting annoyed and impatient with their requests. He wanted to change that.

To his credit he knew the annoyance came from his customers not understanding what they were asking. He'd have to exert the effort to explain the situation or deny the request. He got the same types of questions repeatedly, even if they were from different people.

Taking a step back.

When he realized people were not getting up in the morning plotting ways to annoy him, he took the situation into his own hands to reduce his annoyance. He got an unexpected benefit in the process.

Whenever he received an email that made him sigh or roll his eyes he chose instead to pick up the phone. He would even go visit the person in person if possible.

In our coach/client relationship he learned about taking a coaching approach. He started asking better questions to draw people out. He'd get at what was really on their minds. He now had more productive discussions. He soon found that this approach put him in good stead with his customers.

A different approach pays off.

With the more personal touch, he learned more about their situations. He read their needs better now. Instead of just shooting off an email, he took a little extra effort to get to know them. They in turn got to know him better and what his group was capable of. They started asking better questions and making more reasonable and productive requests.

He modelled this approach to his team. They all started taking a more personal approach. His group was soon able to meet their customers' true needs, and sooner.

When the time came for customers to decide between his group and other options to meet their service needs, they requested my client's group. The demand for his group grew so much over time; he was able to justify four more positions.

Now, from a big picture business perspective, you might say creating overhead is not the goal. At the same time, it depends on the cost and quality of service.

There is no substitute for a human touch.

My client learned an invaluable lesson as a leader. Whenever possible, take the opportunity to make a deposit into that repository of trust with people who count on you. You could say he led his customers to a more productive use of everyone's time. He did himself a great favor by finding his way to a more satisfying work experience. And he modeled a way of working to his team that will serve them always.

A version of this post originally ran on the Lead Change Group site August 27, 2011.

Mary Schaefer is a coach, trainer, consultant, and speaker whose work is focused on making the most of what human resources can contribute to an organization through their energy and creativity, while at the same time meeting their own specific needs for meaningful work. Mary’s mission is to create work cultures where organizations and human beings can both thrive.

Mary is a former HR manager, holds a Master’s degree in HR and is a certified HR professional. 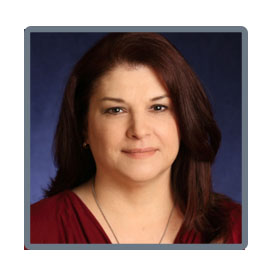