Leaders who create and regenerate 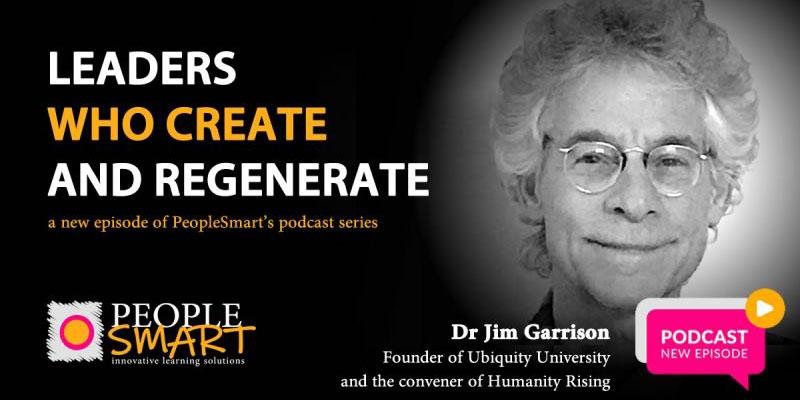 In this inspiring episode, Dr Jim Garrison draws upon his many years and stories of working with some of the world's most historic and influential leaders (such as Mikhail Gorbachev, Jane Goodall, Muhammed Yunus and Mother Theresa) to share his views on the kind of leadership required to successfully deal with 'hyper-complexity' through 'regenerative leadership'. Leaders now need to employ 'ruthless realism', to facilitate the 'collective' in a 'synergistic and multi-disciplinary way', 'interact with diversity', and cultivate 'imagination'. Jim was there in person with the Politburo and the Government when the Soviet Union collapsed through a 'lack of creative leadership' and learned that it is vital now and in the future to 'shapeshift organizationally'. So much insight here into a new model of leadership, a model that serves humanity while generating profit not depletes it.

Jim has spent his entire professional life in executive leadership, including as co-founder and president of the Gorbachev Foundation/USA (1992 – 1995) and State of the World Forum (1995 – 2004) with Mikhail Gorbachev serving as convening chairman. Jim received his B.A in History from the University of Santa Clara, an MA in History of Religion from Harvard University, and a PhD in Philosophical Theology from Cambridge University. He has written numerous books, including The Plutonium Culture, America as Empire, The Darkness of God: Theology after Hiroshima, Citizen Diplomacy, and Civilization and the Transformation of Power. He lectures regularly on comparative philosophy and religion, world history and politics, and the implications of global warming.

The Business Transformation Network has shared this podcast in partnership with PeopleSmart.