The Joy of Embracing Conflicts by Prasoon Mukherjee

As the saying goes – “conflict is inevitable, combat is optional”.

How often have we been in situations where a brewing conflict has made us nervous, and the general thought that has mostly crossed our mind is to take an alternate route or to lookout for knee-jerk steps to resolve the conflict by patchwork, rather than facing it head on? How often have we found the old text book answers about dealing with conflicts as out of place in practice?

In hindsight, when I look back at my career, which primarily spans across banking and technology, during the formative years of work, I shall not be ashamed to confess that I hated conflict and I would rather get along and play nice, than take the shots. The usual response would be to make myself believe as if nothing was wrong or pretend it’s someone else’s problem. However, with every difficult situation, I have inched towards believing with conviction that in order to lead authentically there is no better option than to embrace conflict and that very conflict has within it the opportunity for positive change. The key learning has been that, handling conflict is different from resolving conflict. Often, after the dust has settled (and assuming that such conflicting situations were handled well) it has always helped strengthen relationships between the intervening parties more than how it had previously been.

Therefore, here are my 4 key thoughts in simple words to get a good grip on conflicts which are very common at workplaces:

In conclusion, conflicts for me have always been a breeding ground to strengthen relationships at work. When I look back to the most difficult situations, me or my teams have faced because of conflicts, it will not be wrong to say that if such situation had not come our way, business would have just been usual, those key turning points would not have come; tough decisions would not have been made and relationships with people would have just hung where they were.

So, do we manufacture conflict to reap the benefits? Of course, that’s not the point being made here. It’s about practising the rights skills. To be the key person in any difficult situation, playing that critical role in handling conflict, and turning the situation in one’s favour, rather than being fearful of the consequences of failure. The joy of being in control always kicks in the needed serotonin and creates that needed urge to repeat the act again under similar conditions, because our brains are wired to feel important about our achievements under difficult situations.

To summarise - Next time there is a situation staring us in the face, let it be a choice between how we want to see conflict - Like a "volcano that's about to erupt" or like "slow dancing, barefooted on broken shreds of grass”; Like "standing in front of ocean with a stick to withstand the waves" or "joyfully riding the tides of the waves", because this viewpoint will define what we see or how we feel about conflict. If we see it as a volcano, a war or a disease, we would definitely want to avoid it and avoid everyone associated with it. However, if we don't see conflict as a problem (in a negative sense), but a prospect, a solution (in the making) or an opportunity, there will be only one option about how we would want to handle it. And that is by "Embracing It".

Prasoon Mukherjee has more 20 years of combined experience in IT Consulting and Capital Market operations having worked as a thought leader and domain specialist in multiple streams of IT functions that includes Portfolio Accounting, Mutual Fund Analytics, Securities Lending & Borrowing, Custodial Operations, Corporate Actions Processing and others areas of Capital Markets.

Currently, he is employed with a French Bank, leading the Fund Services and Custody Operations Unit in delivery and IT strategy. By virtue of having been in the industry for close to 19 years, during a time when the financial sector is continuously witnessing disruptive changes in the electronic segment, with the introduction of complex trading instruments, shortening of settlement cycles, host of regulatory changes and how they hook up with multi-channel online applications, he has led many of these engagements successfully into production. He has gained extensive International exposure having executed, delivered and managed strategic projects in various capacities across large banks and financial institutions in North America, Europe & APAC.

Besides, Prasoon loves nurturing his interests in writing and sharing acquired wisdom on disruptions in the field of finance, technology, economics, politics and how they impact the banking and financial services world in general. 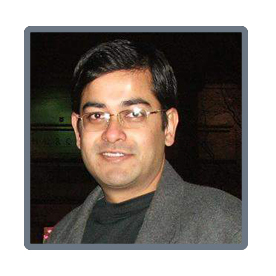