Ivory Towers and The Impact on Change by Kelly Swingler

On 11th April I took part in an Engage for Success roundtable discussion about employee engagement at times of uncertainty, the main area of current uncertainty being Brexit.

As you can imagine, with so many unknown factors relating to the UK’s departure from the EU, we couldn’t dig deep into particular issues, but we could talk about similar situations, likely outcomes and how engagement usually decreases during periods of change.

The full recording and various snippets will be available to view soon, and I won’t ruin it for you by disclosing all of the topics, but we talked a lot.  It was a great conversation with some really great insights and comments and I’m grateful to have been on the panel.

But, it got me thinking.

It currently feels like when you have a really important meeting or an interview and you think of all the gems once you’ve left!

How is Brexit currently mirroring most corporate change?

Theresa May and her trusted team (the Board) are currently spending a lot of time behind closed doors, with little outcome.  The people (your people), know that change is on the horizon, they know it needs to happen by a certain date, but nothing is happening.  People want to know how it might impact them, their work and their families, but nothing.

Everyone seems to be in it for themselves with little or no thought being given to the people that will be impacted.  Communications are minimal and little is actually said when notices come out.

The conversations continue and change fatigue starts to set it.  People you may want to stay after the change start to look elsewhere, they know they deserve better than this and they need to put themselves and their families first.

Some sit in wait, wanting to get as much financially as they can (benefits, pensions, bonuses) and then they’ll go as well.   And the rest of the remaining people will deal with the change anyway, it’s out of their control anyway so they’ll make the most of it, or they’ll see it as an opportunity to help them grow.

But the lack of communication is creating friction among your people.  Tensions are mounting.  The ones that will be ‘ok’ are becoming the focus of attack or negativity by those you may be required to exit.  Some of those that face uncertainty become more vocal about the ones that ‘may’ be leaving doing all they can to make themselves feel better by putting others down.

And the rest carry on regardless.

Everyone is waiting, for the day of the change, for the announcement to be made.  The leaders will see it as a triumph, testament to their years of planning and debating and try and tell everyone that this is for the good of the people, but in reality, the people know it’s only what’s best for the finances.

The sense of pride that people once had is gone.  The conversations in the bars and the coffee shops about the lack of courage and integrity of the leaders are heard loudly, but what’s the point in challenging anything, it will never change anything.

The change isn’t really accepted, but as nothing can be done about it the people go with it.  Some will feel so strongly that they will leave to find the greener grass, some will continue to talk about the ‘good old days’, some will find a positive way forward, but engagement is at an all time low.  So what happens next?  Another ‘engagement’ project, a survey and some statistics.  No real focus on the people, no information that will be put to any use for the good and benefit of the people.  But a big financial investment on something that will ‘engage’ the people again.

But all that was really needed were some quick decisions, a process that didn’t take three years, some honesty and some sincere leadership.

If engagement typically decreases at times of change, and change programmes typically fail, is engagement the driving force of implementing successful change?

Is it time that leaders stepped out of their ivory towers and into conversations with their people? 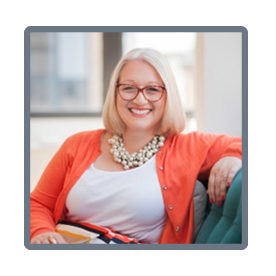