How the Heck do we Deliver Value Sooner? by Jardena London

One of the big Agile mantras is “Deliver Value Sooner”.  They get all excited when I tell them about the client whose Agile discipline was, well, not disciplined at all.  But they doubled their financial benefit purely by delivering value sooner. It’s like a before and after diet picture.  We love looking at it, but are the results typical? I assert that they can be, but you need to break down the need for big-bang results.

I realized last week that everyone loves the idea of incremental value, but no one really knows how to do it. Their smiles turn to glazed-over stares when we move from the 'rah-rah' into the implementation.

Deliver value sooner, not faster.  One of the big misnomers about Agile is that you will deliver faster.  You won’t deliver faster, you will deliver sooner. If productivity is measured in ‘lines of code’ or some other weighing of ‘output’ you probably won’t be more productive.  What you will do is deliver something valuable much sooner than you would otherwise. The idea is that instead of a bunch of half-done work, i.e. inventory, you’ll be coordinated on the important stuff and that will get done and out the door.  Oh and also, you’ll stop building stuff no one wants. So if you were counting “building stuff no one wants” as part of your productivity metric, you’re productivity might actually go down.

I can’t deliver just part of this, it’s all intertwined.  I hear this at every single client, and not once has it ever proven true.  This is the big paradigm shift that companies have trouble crossing, so get ready because here’s the gem.  Find a way to deliver something sooner.  “Gosh that is pretty much in the title of this blog, why is that a gem?”  Because I’m asking you to focus on how you can deliver something sooner, instead of why you can’t.  You might have to invest in building something to allow for incremental delivery. “Isn't’ that waste! It’s throw away!  The Six Sigma police are going to arrest me!!” Here’s the truth, to add to your bucket of gems… investing a few thousand bucks so that you can get to your millions sooner is worth it, like waaayyyy worth it.  You can prove out your own ROI on this, but trust me, if you’re work is worth the investment in the first place, the return is way more than the investment, so getting that return sooner is almost always better.

Nope, my stuff is different, I’m special, my work is all in one piece.  Ok I know, you are different.  Maybe you need to hire me to come look at your stuff and help. Call me later.  But for now, I’ll leave you with an example.

Customer:  It’s a system, either it works for everyone or it doesn’t. [There’s usually some ‘splaining here] We’re moving people from the old way to the new way, we need to cut them all over at once.  We can’t have them going to two places. (I’ve heard this same line in telecom, banking, retail, and numerous others, it’s not unique to an industry)

Me:  What if we built some logic that determines who goes to the new way and who uses the old way?  That way on day one, no one uses the new system, maybe on day 2 we send just one test customer, and on day 35 we send just new customers in this region whose last names start with “Q”.  That way we can roll out the sunny day scenarios first, covering 80% of the population, before solving the really sticky edge conditions.

We have an MVP. I hear teams defining an MVP and thinking that gets them to value sooner. Technically this is correct, it’s sooner than it would have been before. But I push them even further. It’s not about looking at your requirements and paring them down, this is about taking a clean sheet approach to finding value. Ask yourselves what you would do if you were a startup on a shoestring budget. What could you do to start generating revenue to fund your next release? What if you had investors that would only invest more after they saw proof of value? Flip it around like this and you’ll open up new possibilities.

Brain Twist: Take whatever you are working on now, and find a way to deliver a sliver sooner (hey that rhymes).  Maybe it’s not a big sliver, but a small piece that someone can use now. Not a million people, just someone, maybe just one person.  Maybe that one customer is the nicest, easiest customer you have. And that’s a start. 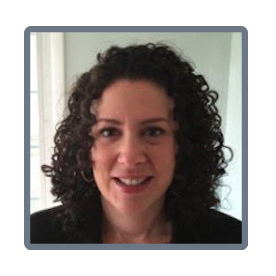 The Key Enabler to Effective Performance - Have you got it covered? by Richie Maddock
Read post
Are Untamed Processes Delaying your HR Transformation? by Craig Willis
Read post
Room for improvement by Paul Taylor
Read post
Leading Through Ambiguity Anxiety by Catherine Hayes
Read post