Is the gig economy dead? by Ankita Poddar 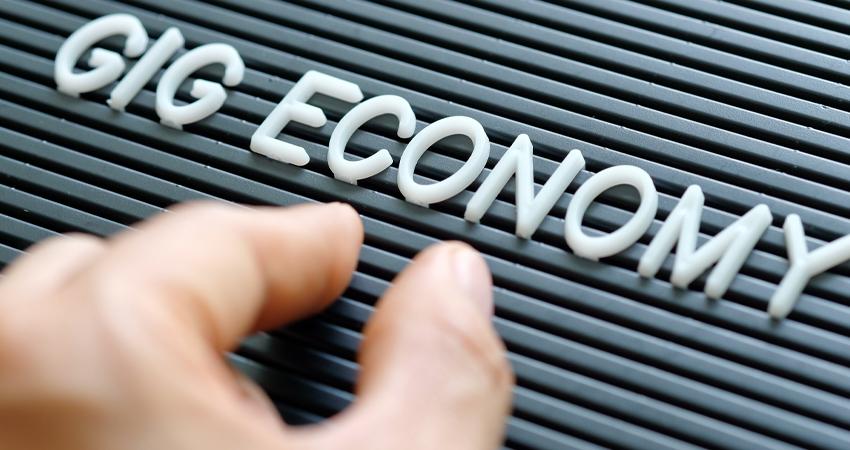 Right up to the beginning of 2020, we believed that the gig economy would pave the way into the future. Innumerable leaders in the field talked about how organizations and the workforce needs to prepare themselves for the gig revolution. In 2018, 36% of the US workforce was associated with the gig economy (Gallup). In 2019, these numbers reportedly went up by more than 6% with the expectation that the trend would continue into 2020.  In Britain, per a study by TUC and academics at the University of Hertfordshire, the gig economy doubled in the past three years (2016 – 2019). The trends were similar across Asia and elsewhere. The industry touted with confidence that these numbers would grow exponentially with the spread of technology. Fast forward to now, suddenly we are not that sure anymore.

The gig economy has risen to prominence over the years due to the flexibility it provides. While a large majority entered the gig model not by choice, it became an increasingly favorable option for those who believe that a portfolio of clients is more reliable than working with a single employer and want greater independence at work. A percentage of this population not only prizes flexibility but also believes that it enables them to lead richer lives as opposed to their corporate counterparts. Being a gig worker also allows individuals to forge careers for themselves that do not fit into the traditional organizational hierarchy.

Despite all benefits, a gig worker lives under a constant battle of produce or perish. Without the cover of the benefits offered to corporate employees, they face a host of personal, social, and economic anxieties. No matter how successful or well established there needs to exist a constant flow of work in order to maintain your identity. Outside of unpredictable work inflow, gig workers are also at the risk of increased loneliness. While those working in traditional office spaces attend countless meetings and water-cooler breaks, these independent contractors may not have the privilege of workspace friends. Nor can they leverage a number of benefits such as health insurance, sick leaves, pension etc. that are largely dependent on having a regular income.

The recent pandemic has exacerbated all the above to such an extent that the benefits have now disappeared into oblivion. While the pandemic has proved that having a full-time job does not essentially protect you from being laid-off or furloughed, it is certainly leading to a larger churn in the life of gig workers. Certain very select roles such as delivery workers and health professionals may have witnessed an increase in demand. However, an equally large number of people find their future uncertain. Freelance photographers, cab drivers, construction workers, and those in the hospitality industry are just some that are worst hit. Given the circumstances, it is natural to ponder upon the future of independent contractors. Is the gig economy on its way out?

One could argue that when one opted for this lifestyle, they accepted the risks that came along with it. Gig workers under an ideal case scenario are aware, at least theoretically, of what life looks like during an economic downturn. Yet, human imagination may have failed to plan for a pandemic. The current situation is now testing risk thresholds. Those who seek psychological and economic safety might find themselves gravitating towards the idea of regular jobs. While they may re-adopt the gig life once the economy stabilizes, the overtone window for them has now been redefined. Seeking a stable corporate job may also be accentuated in some geographies where having a regular income is looked on more favorably by the society. In addition, wage compression due to gig workers undercutting each other on cost may lead to a less than rosy view of the gig life leading to people permanently opting out.

On the other hand, the economic downturn may lead to people, including those laid off, electing to pick up any gigs that come their way in order to have some flow of income. Organizations may also choose to increase engagement with freelancers to help cut down costs and buffer for uncertainty.  The pandemic may also accelerate creation of laws that protect independent contractors, thus creating a safety net for the next economic crash. All of this will secure a safe future for the gig economy.

In short, the gig economy is not fizzling out anytime soon. Yes, it may see a decline in the rate of growth due to the current situation but it will get back on its upward trajectory the moment the economy stabilizes. After all, everything that goes down, bounces back up. Or was it the other way round?

Ankita is an HR professional based out of India. Identified as one of the top emerging young HR leaders in India in 2016, Ankita’s experience as an HR Business Partner gives her the opportunity to work closely with business leaders, innovate and execute on the behalf of customers especially in areas of people analytics, employee engagement, rewards and recognition and performance management.

Ankita blogs about all things HR at https://thehrbpstory.com.