Gaslighting at Work: What It Looks Like and How To Combat It 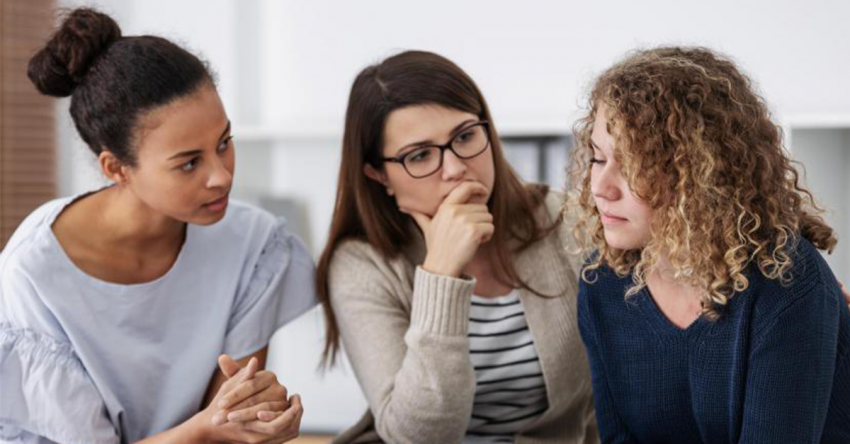 Denial is a powerful force. Having someone question your lived experience can be enough to shake the foundations of your reality, causing you to doubt even your own memory. This form of abuse is known as gaslighting, and it also happens in the workplace. It is used to manipulate colleagues to accept unfair and exploitative situations and can even make the victim cast doubt on their sanity.

With one’s career on the line, victims of workplace gaslighting are far less likely to step out to speak for themselves, allowing for gaslighters and other abusers to fly under the radar without being held accountable for their actions for long periods of time.

Left unchecked, gaslighters can slowly but surely wreck havoc throughout a company. This can lead to high staff turnovers, low morale, and lots of time spent fixing something that could have been avoided altogether. It is crucial for employees to learn to spot the signs of gaslighting, as well as tactics to combat this abuse so that they can safeguard themselves and the people around them.

Gaslighting comes in many forms. But the common thread between all of them is that an abuser will attempt to minimise or invalidate your thoughts, experiences, emotions, and or your work, and subsequently insert their own set of rules or logic over the situation.

Some of the most common tactics used by gaslighters include:

1. Claiming that you are ‘overreacting’

Some of a gaslighter’s favourite statements include “calm down”, “don’t be so sensitive”, or even the egregious “you’re overreacting”. The idea is to take the blame of a situation, whether it is a racist remark or an unfair evaluation, and supplant it onto the listener.

At the workplace, this form of gaslighting often gets a free pass because of the social pressure to conform. Also known as herd mentality, social proof is a phenomenon where people alter their behaviour to match those of people around them in hopes of being included by the wider group.

For example, a gaslighter might make a racist or sexist comment targeting a particular colleague, before following it up with statements such as: “it’s just a joke, lighten up a little”. The abuser might even become defensive when called out, but it is important to do so nonetheless. Remember: The only person who determines whether a statement is offensive or not is the one receiving it, not the one who dishes it out.

2. Rewriting the rules on a whim

Gaslighters are masters of reshaping realities in their favour. They will retell stories in ways that run contrary to common sense, but do it with conviction so as to convince their listeners that their version is the truth.

Twisting realities is a frequent tactic used by gaslighters to gain an upper hand at work. Their goal is usually to make others look bad and themselves look good. A gaslighter might purposely provide you with a generous deadline for a project, only to be breathing down your neck the next day demanding for it to be turned in. They may also inform you that it’s ok to stay off a meeting when your attendance was actually necessary.

What a gaslighter will never do is admit to telling a lie or providing you with the wrong information. There’s no point in trying to beat gaslighters using their logic. Keeping close records of your conversations with them will be your best bet to staying anchored in reality.

What to do when someone gaslights you at work

Facts are the most reliable tool that one has to combat a gaslighter. This can be easily done with a majority of our work devices, by recording online conversations or taking screenshots of text messages.

If you are obliged to work with a gaslighter, be sure to leave a paper trail in all your interactions with them. The best way to do this is to convey instructions via email, so that you can hold them accountable for their words or fall back on something concrete when disputes arise.

Finally, it’s always useful to get an outside perspective. Having someone trustworthy to confide in and offer a third perspective can help clear the fog and prevent you from being swayed by a gaslighters’ lies.

Protect employees from abuse and safeguard their wellbeing

It’s become a lot harder to keep track of employee wellbeing with significant portions of employees still working remotely. While by no means a replacement for psychological therapy, personal coaches can equip employees with the tools necessary to keep their mental wellbeing in check and provide a fresh perspective on things that are happening around them.

By applying the principles of organised psychology, personal coaches can also provide management executives with actionable advice to help them manage and support the wellbeing of their employees.

To learn more about how digital coaching can help your employees thrive, or to understand how to better safeguard employees yourself, check out our on-demand webinar on transforming employee wellbeing.

CoachHub is the digital coaching provider that enables organisations to create a personalised, measurable and scalable coaching programme for the entire workforce, regardless of department and seniority level.

By democratising coaching, CoachHub helps unleash the full potential of organisations' workforce, to drive business transformation. CoachHub has a global pool of 800+ top coaches from around the globe, available through desktop or mobile app, allowing coaching sessions via video conferencing. This way CoachHub prepares managers for better leadership, teams for better group performances and employees for personal and professional growth.