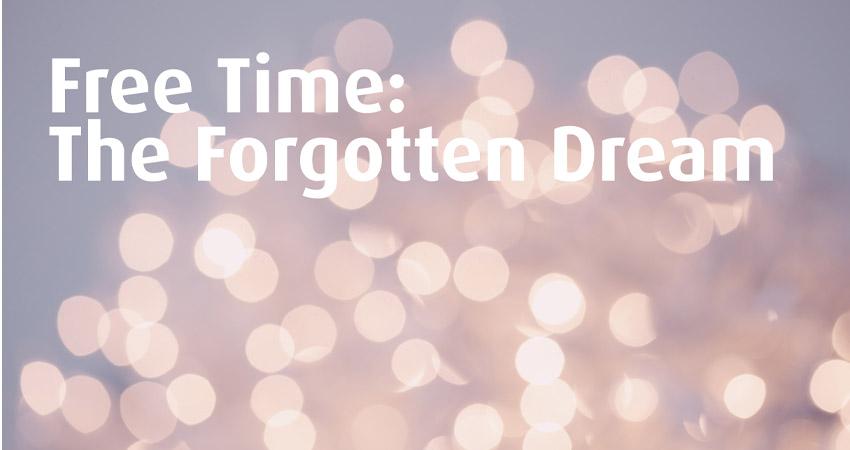 Of all the ideas that resurfaced in 2019, the 4-day work week is by far my favorite. After all, who wouldn’t like an extra day off work every single week? The concept of a 4-day work week dates as far back as half a century. Nixon first predicted it in 1956. As work productivity continued to witness a steep incline, it was natural to assume that the same arguments for moving to the modern 5-day work week would eventually lead to four. Last year, at the World Economic Forum, Economist and historian Rutger Bregman, author of Utopia for Realists said, "For decades, all the major economists, philosophers, sociologists, they all believed, up until the 1970s, that we would be working less and less." Yet somewhere down the line, the trend changed. Today, you could be seen as a star for proposing a simple productivity hack (e.g. time blocking) but an absolute oaf for proposing a 4-day work week.

Back in the 1800s, it was natural for people to clock over 100 hours a week at work. Over time, labor activists pushed for an 8 hour workday, six days a week. By 1900s, most industries had moved to a 48 hour work-week, 8 hours a day, six days a week. It was only when Henry Ford moved to a 5-day work week that the modern-day model became mainstream. He discovered that his employees were more productive working 40 hours vs the usual 48 hours. In 1940, the 40-hour work week became the law. Over the years, countless applied psychology studies advocated for the 40 hour work week. Today, even though some manufacturing organizations continue to stick to the 6-day work week, it is almost rare to come across one.

However, despite the lessons learnt in the past, we seem to be regressing into the 48+ hour work week. Even as productivity continues to see an incline, it isn’t complemented by a decline in working hours. Instead, most employees are equipped to be able to work anytime, from anywhere and they do. They are always connected, working more than ever and burning out quicker than ever before. As such it is no surprise that progressive organizations are contemplating the 4-day work week.

While the 4-hour work week doesn’t come with the abundant data that the 5 does, the few that have experimented with it have touted strong benefits. The most notable and often quoted examples are that of Perpetual Guardian in New Zealand and the more recent ‘Work Life Choice Challenge 2019 summer’ by Microsoft in Japan. In March 2018, Perpetual Guardian launched an eight-week trial where employees worked 30 hours but were paid as per the 5-day week. Perpetual Guardian’s founder Andrew Barnes discovered that productivity, team engagement levels and work-life balance improved and stress levels saw a decline. Barnes was so impressed by the results that he launched a not-for-profit community to propagate this idea and Perpetual Guardian initiated the Four-Day Week on a long-term, opt-in basis from 1 November 2018. More recently, Microsoft Japan in its trial reported a 40% boost in productivity along with savings in electricity consumption and amount of paper printed. While they haven’t gone as far as to make this a permanent feature, they intend to continue to experiment.

Despite the many benefits that these trials along with a few others have witnessed, the 4-day work week continues to meet with resistance. Our brain is wired to associate working fewer hours to lower productivity and success. Our ‘always- on’ mentality and fear of missing out (FOMO) makes us balk at the idea of not having work emails on our phone. We are caught between the lack of wide-spread data that supports the shorter work week and organizations that are willing to experiment.

While we wait for organizations to adopt the 4-day work week, there are some aspects that are more easily implemented. A closer look at the experiment at Microsoft reveals steps that we can adopt while working 5 days that will yield benefits even if not to the extent of cutting out an entire day. The experiment put meetings on a diet. Not only did it advocate fewer meetings, no more than 5 people in a meeting and the time to be restricted to 30 minutes, it also encouraged the employees to leverage online chats and picking up the phone to solve problems. You can go further by encouraging employees to disconnect when they walk out of the office, setting no-meeting days and maybe encouraging employees to dedicate the second half of Friday to develop themselves, experiment with something new or just take a stroll. Maybe even adopt Google’s fabled 20 percent rule where employees dedicate a day in the week to developing side projects.

Since the 1970s, the work week has stopped shrinking despite sharp gains in productivity. In 2013, Benjamin Hunnicutt published Free Time: The forgotten American Dream. In 2019, Jenny Odell wrote about ‘How to do nothing’. The world, meanwhile, is becoming increasingly distraught at the lack of time to ‘stand and stare.’ Yet, the movement to move away from viewing work as an end in itself is yet to gather steam. As of today, the 4-day work week continues to be an elusive dream, one that would require a massive movement to bring to life.

Ankita is an HR professional based out of India. Identified as one of the top emerging young HR leaders in India in 2016, Ankita’s experience as an HR Business Partner gives her the opportunity to work closely with business leaders, innovate and execute on the behalf of customers especially in areas of people analytics, employee engagement, rewards and recognition and performance management.

Ankita blogs about all things HR at https://thehrbpstory.com.