The End of Annual Performance Appraisals by Kashmir Birk

When Netflix, Adobe, and Google refused to do annual performance reviews of its associates, HR traditionalists dismissed it as a fashionable trend that could only be applied in start ups or high tech firms.

But then, some of the worlds largest and oldest corporations began to follow suit. Intrigue turned into a global transformation when high performance driven organizations such as GE, SAP, Cigna Health Insurance, Accenture, Microsoft, Morgan Stanley, Goldman Sachs and Deloitte have ditched "one size fits all" annual performance rating scales.

Surveys have shown that 70% of organizations have made the change or are in the process of considering it. Many companies have also got rid of forced ranking and nine-box grids for evaluating potential in succession planning and talent management. The focus has shifted from rating and ranking employees to understanding performance drivers and the true nature of potential.

We should not be surprised. The only curiosity is why it has taken so long? Over 30 years ago, total quality pioneer, W. Edwards Deming called performance appraisals and ratings one of the 'seven deadly diseases'.  He is one of the most formidable thinkers about performance in our time, an acclaimed advocate of tough business metrics and one of the few so called "gurus" who did more than write and promote books, but actually, fundamentally changed the way organizations measure and succeed.

"Evaluation of performance, merit rating, or annual review. The idea of a rating is alluring, the sound of the words captivates the imagination: pay for what you get; get what you pay for; motivate people to do their best, for their own good. The effect is exactly the opposite of what the words promise".

These long overdue changes are welcomed. As counter-intuitive as it sounds, getting rid of performance ratings allows people to get to the root causes of poor performance.

It shifts energy and attention from labelling people to setting people up for success, helping them and thereby the organization to realize latent potential. This occurs through problem solving and developing people, not putting people into a box.

There are managers who just 'get it'. Being able to hold authentic conversations, setting clear goals, managing boundaries, building trust, managing conflict, giving and receiving feedback, being attuned to the way people and teams think, feel and perform. These managers are often taken for granted because they do not need a big HR system, they do what they need to do because it is the right thing to do.

It is a blessing that HR systems are now being built to reflect and support the practices of the best managers rather than be a crutch to support (and often cover up the sins of) the worst managers.

For many years I have used this picture to help organizations shift from traditional inventory management to synchronized manufacturing and lean production systems. 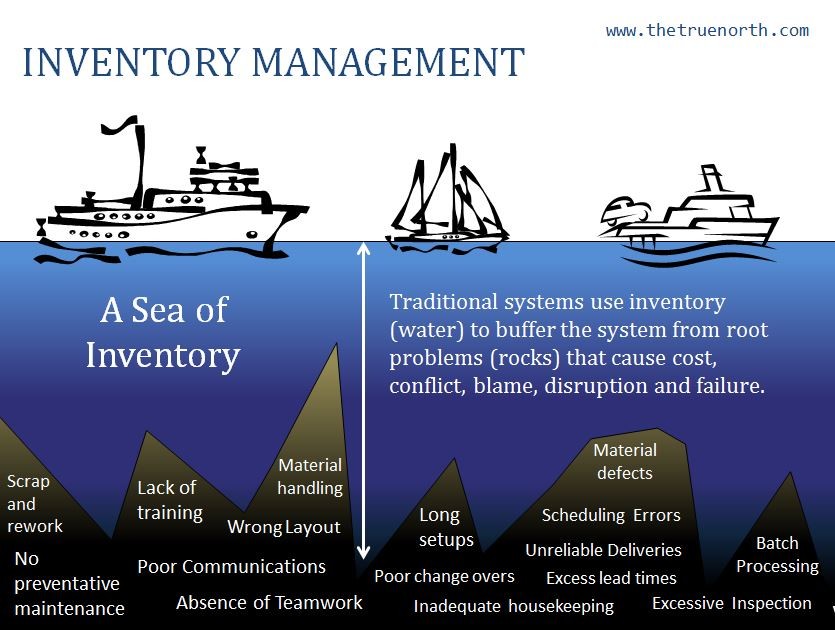 When inventory is lowered through lean practices, it exposes the hidden costs and problems in the organization that inventory covered up.

In the early years, there were many reactionaries in production management, inventory planning, supply chain management and quality control departments who fought the shift to pull systems, continuous flow manufacturing and systematic inventory reduction that arose out of the Toyota Production System (TPS) and subsequently became known as Lean Thinking.

Managers who wanted to cling onto the past obsessed with 100% inspections claimed that lowering inventories would put the organization at risk and result in lower performance or even complete failure. They were right. If the root causes (rocks) were not removed, then performance did get worse. And that is the point.

When the production systems switched to lean, dramatically lower inventories forced leaders to address the hidden root causes of poor performance. They had no choice. It was either change or get grounded on the rocks.

The same shift in mindset is now required in performance management.

For far too long, traditional patriarchal managers have used labelling of people and ratings to control people and avoid doing the hard work of true performance management.

Many consultants make a living from creating support systems and tools for making the ratings work. For example, some claim that by engaging the two-up manager (the managers' manager) to oversee ratings will somehow make the system fairer. All they are doing is making a bad system more palatable.

Ratings are either used to 'please' people as a substitute for meaningful rewards and recognition or used as a draconian form of punishment.

Effective managers who develop people, teams and the organizational culture continuously through the year are not differentiated from incompetent managers who enjoy the political power of using use ratings once a year as "carrot or stick". 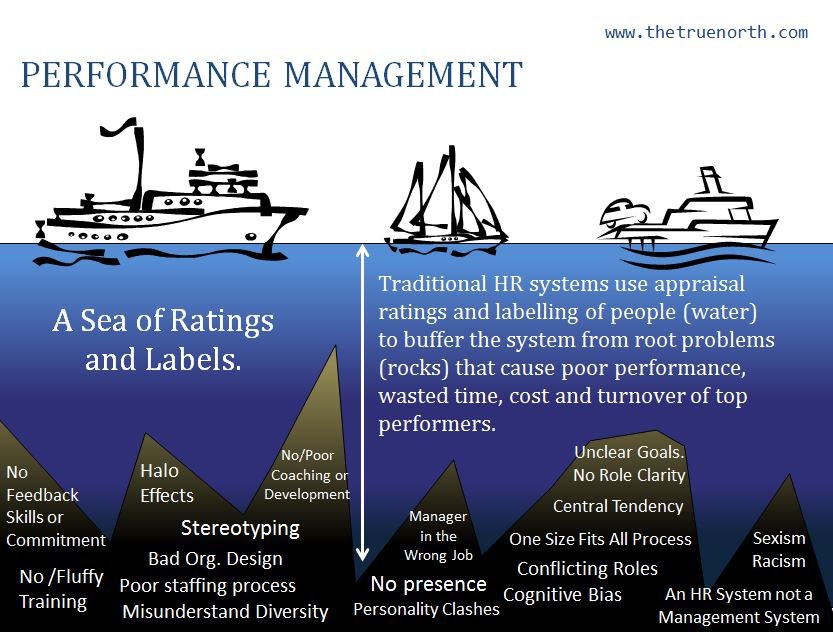 Ratings and labels allow managers to avoid surfacing and addressing the various root causes for poor performance. Blaming an individual absolves the manager and the system from addressing their own contribution to failure and therefore prevents them from learning and growing.

Giving people a rating once a year reduces them to a number, a label or pigeonhole. This can colour the view other people take of them in the future as the rating goes on the persons record. This may result in future decision makers only looking for the best in some people (halo effect) or only seeing the worst in others (horns effect).

True leaders know that inclusion is more than treating people the same. Diversity is the opposite of labels. It is appreciating the absolute uniqueness of each individual on their terms. Managers who hide behind "one size fits all" ratings miss the opportunity to realize the unique value and potential of each individual through inclusion.

Ratings blur and warp reality, avoid the real conversation which is concerned with unearthing the richness of performance.

Over-reliance on ratings and making individuals the sole reason for performance deficiencies allows managers to:

These are some of the reasons why Deming called performance appraisals a "deadly disease".

When ratings are removed  it allows (forces) leaders  to address the root causes  of poor performance.

Getting to grip with these root causes is the real work. It is hard work. If these root causes are not addressed, reactionary, control oriented, narrow minded HR leaders and weak line managers will try to make the case for returning to performance appraisal ratings.

I have already heard HR leaders who enjoy the power of the old system gives them, claim that their organization is not ready or that it is really important to "stick to the basics" as an excuse for hanging onto ratings and labels.

Every change comes with its pioneers, early adopters, late adopters and fair share of reactionaries and change saboteurs who resist change at any cost because hanging onto the past allows them to feel safe and in control.

As Socrates says, our time and energy are far better spent working with the people who will create the future, than fighting those whose only interest is to hide in the past. 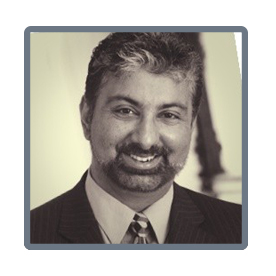 In the first in our Adapt & Thrive series with US leaders, Rudy Kelner (HR...