The Employee vs. the Organisation: The Mechanics of Employee Experience Design by Jeff Wellstead

Part 1/5  - Sounds like some sort of a media driven grudge match between two heavyweight prize fighters?  It is – based in large measure on my own challenging experience working for 15 companies over the course of 30 years – but as an HR Director, I’m also telling this story from thousands of varying perspectives, through the eyes of my customers (the employees whom I represented).

What I’m about to talk about is the recipe for survival – for both the employee and their often emotionally and operationally dysfunctional organisations.  I’m going to be brutally honest and scrape down into root cause issues, exposing the ‘illness’ of poor employee experience at its deepest point.  I’m going to tear at the fabric of where we have come from (20th century Frederick Taylor-esque management) and what we need to do together to pull ourselves out of this death spiral we are subconsciously engaged in to meet the disruptive demands in a rapidly evolving digital era.  The reason simply is that over 30 years, having worked with intense projects with over 15 companies – I’ve tried hard to change the trend of organisations ‘doing things to employees’ vs. building effective environments ‘for employees to thrive.’

But alas, I too succumbed to those very slings and arrows, lost heart and eventually my sense of self-worth in the process of protecting so many others.  My vaunted ideas were often discarded as soft-touch emotional rubbish, my endless diatribes on the efficacy of building great experience whilst impossibly balancing the will of the organisational body with that of the individual’s needs and desires of each and every human participant were thrust aside – with the shortest route to more money and profit winning out.  The over-lording of the money men (Finance, Sales, Traders and Partners), the keepers of the political power structures (HR, Legal, Operations, IT), and the almighty focus on returning ever more outrageous quarterly profits always won out over my seemingly naïve ideals.

Yet, here in 2017, I’m witnessing a very interesting and hopeful counter-trend. We have all been swept up in the tsunami of deep digital tool innovation, which has suddenly picked up exponentially velocity and leapfrogged from Big Data to Data Analytics and straight into Artificial Intelligence application, fed by Machine Learning.  It’s been a dizzying perfect storm of technological achievement jumping out way ahead of organisational and operational readiness – caught everyone unaware and ill-prepared for the onslaught - but suddenly we’ve awoken here in the 21st century only to realise that the ancient organisation is struggling mightily to keep up, to stay innovative and remain competitive.  “Big is fragile, small is agile,” is a phrase I hear being thrown around.  Futurists are predicting that soon, full-time employment of staff will likely never exceed 3,000 people for even the largest organisations on Earth in less than 10 years time, due to advances in technology, A.I., automation and the gig economy.  Likely we will see organisations of no more like 300 full-time employees maximum.

The war over talent is only just commencing in earnest – as it’s now clear that Global Brands are under assault on a 3 dimensional front – Traditional competitors are fighting to out-smart and out-innovate their old enemies, some opting to become partners against the larger threat of the Disruptors from under the floor boards. And let’s not forget the new Goliaths that have emerged in Google (Alphabet), Apple, Microsoft, Facebook, Netflix, Uber, SpaceX, Tesla and so many others who are literally pivoting weekly based on new found competence, and doing so almost as a  lark – to keep their voraciously creative engineers’ attention spans from running out the door!  Suddenly the employee is mission critical, as talent wars are ending up in pitched court battles and outrageous settlements – where bleeding edge skills for tools and processes newly minted barely exist amongst what used to be huge pools of unemployed college students.  Attracting, hiring, onboarding, training, paying, promoting, and engaging these needles in haystacks (especially the elite thought leaders in various tech fields), has never been more challenging.  And it’s not just about the almighty Pound or Dollar – it’s about the survival of the corporate overlords with their investors and share holders – who are spoilt for choice and can likely dump and run on a moments news about another emerging entrant worth pursuing.  There is no loyalty in a world spilling over with exponential returns on new technological innovations (Bitcoin, Etherium and the crypto-currency markets rising over 500% as an example).

That battle for the hearts and minds of critical talent has erupted into all-out war, and as I’m observing things at the moment in the world of technology, if the company doesn’t comprehend and embrace the art of nourishing the individual’s need to achieve self-actualisation – then what you may end up with is a Zombie Apocalypse (disaffected and disengaged employees) on our hands, leading to corporate talent bleed-outs, dissolution of traditionally structured organisations everywhere, and a handful of emergent, enlightened and disruptive Visigoth hordes flowing into the market from every direction to pick apart the carcasses of the FTSE and Fortune 500 venerable monoliths who have lasted these many years.

Make no mistake – this is happening today.  The bricks & mortar retail industry in American is a prime example.  According to the National Retail Federation, The retail industry in America supports 1 in 4 jobs today, is the largest private sector employer, is responsible for driving the entire US economy and currently employees over 42 million human beings in the USA. 1/6 of the USA’s total GPD is dedicated to the retail industry and supports an additional $1 trillion in other US industries.  $1.58 trillion is paid annually as salaries and benefits to the employees in this industry sector. In the last 2 years – major retail chains have had to shutter large numbers of physical shopping locations to preserve capital, tighten fiscal belts urgently and prepare for a huge shift in consumer behavioural shifts to online competitors, better pricing and more convenience in shopping.  Chains such as Macy’s, JC Penney, Sears and Roebuck, Nordstrom, Office Depot, Bed Bath and Beyond, The Gap, Barnes and Noble, and Sports Authority – all very well known brands found in every city worth its weight in America.  Likely they should have shuttered years prior, but this trend is unlikely to slow as we’ll soon see shopping malls collapse as their anchor flagship stores close their doors, and then what to do with all that dead real estate?  It’s starting to appear like a commercial graveyard similar to the old steel towns in Pennsylvania, and online providers such as Amazon.com are rocketing northward in building out its Prime delivery service – offering anyone a huge array of goods and services at their finger tips – from any device connected to the internet.

Darwinian evolution favours the Highly Adaptive and destroys the Hesitant Transformer.  I could wax philosophical for hours here – shedding light on the mindless pragmatism of the ‘old ways’ leading to the eventual downturn of traditional 20th-century marketplaces – but what’s the point?  We all know how the genetically inferior anomalies of nature’s random invention machine end.  In despair and eventual death.  Not a very enlightening prospect to consider and frankly I’m done with the pile of literature that points to the eventual destruction of all things slow moving and unimaginative.  So let’s get on with the fix, shall we?

This is part 1 of 5 from Jeff Wellstead, please sign up to the BTN at www.thebtn.tv to receive first notification of the articles.

Jeff Wellstead is the founder of ex.design - an employee experience design consultancy.

As an Employee Experience Designer who brings the promise of the "future of work" today, Jeff works with businesses of all sectors and maturities, who are urgently seeking rapid adaptation and digital transformation.

He engages with a number of human capital, agile, OD, recruitment, product & innovation and productivity specialists who have been schooled in lean startup and lean enterprise methodologies. 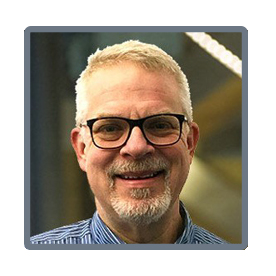