Is Courage a Universal Ethic by Paul Ryder

Regardless of how many organisations espouse a core value of integrity (e.g. Accenture, Adidas, Alibaba, Amex, Coke, Huawei and Tencent etc.) cases of individuals and organisations breaching common ethical standards continue unabated (Volkswagen and diesel emissions, DJI and supply chain fraud, Changchun Changsheng Biotechnology and rabies vaccine quality or Renault-Nissan and Carlos Ghoson’s alleged financial misconduct ). Organisations, rightly, are seen as serving the societies in which they sit and breaches of trust consequently are devastating – destroying significant brand value. For example, Financial services still haven’t recovered their reputation following the 2008 Financial Crisis (PWC 2014 and Edelman 2018). Of course, there are many reasons why companies “stated values” don’t flow through fully into the culture of the organisation (lack of leadership prioritisation, misaligned performance and pay structures etc.) but from a psychological perspective I’d argue that insufficient attention is placed on developing the maturity of our leaders and in particular on the personal capability of courage (and truth). This short article explores why individual courage is one important and overlooked building block of building an ethical organisational culture.

My first in-depth thinking about integrity occurred during my time with HSBC (1) . HSBC’s primary value is “acting with courageous integrity”. This value was identified through appreciative enquiry into HSBC’s history and insight into the challenges facing a global financial services business in modern times. My short-hand version of the value was always to say “courageous integrity is doing the right thing regardless of personal consequences” 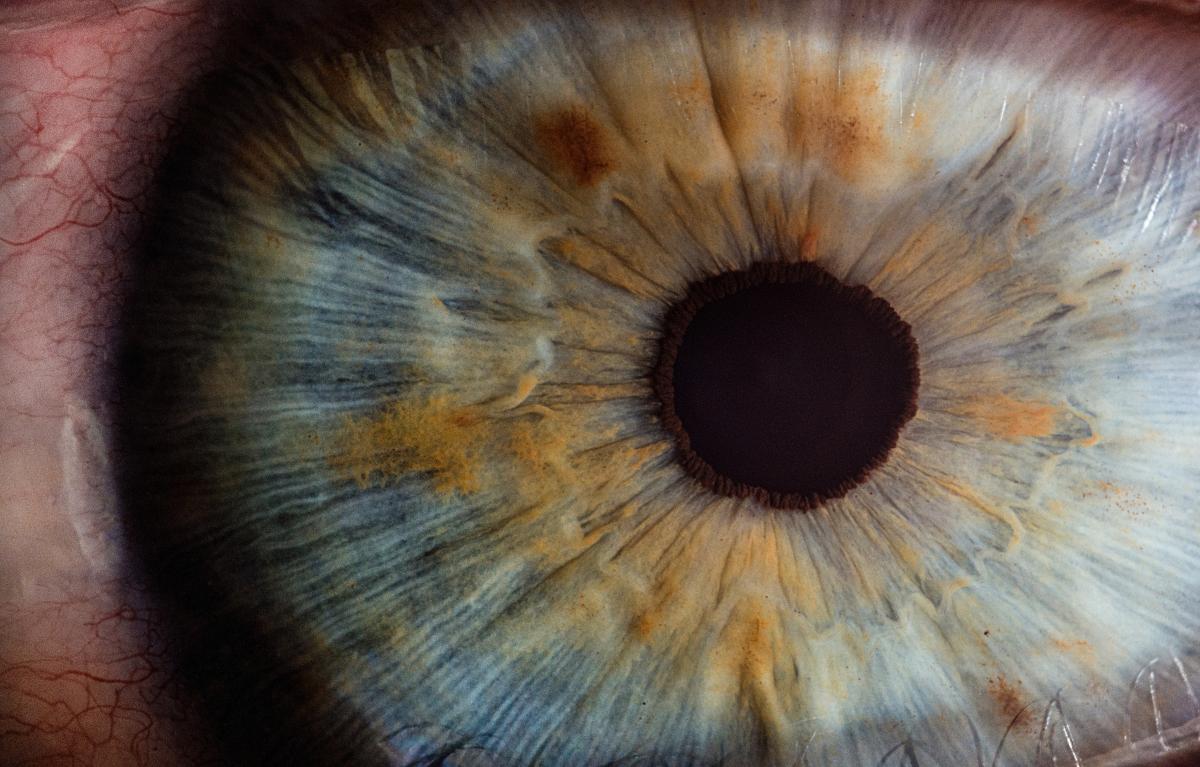 It struck me that really what HSBC’s careful research had identified was the “truth” that was as as “old as the hills” and that the narrative of the “virtuous hero” was equally applicable across all modern organisations. Regardless of our culture, we all tell stories about the flawed hero venturing forth all alone from the safety of the city wall to fight the monster. The symbolism resonates so deeply in our inner psyche that we retell the story over and over again, whether hunkered down around the camp fire or in a modern movie theatre (think Beowulf or the Hobbit). In HSBC’s case, the narratives included the story of V.M. Grayburn who was Chief Manager of HSBC at the time of the Japanese invasion of Hong Kong. He confessed to the Japanese authorities that he was responsible for orchestrating the smuggling of money (for food) to British prisoners of war to prevent a friend, Dr Harry Talbot, being punished for his crime. The cost of his bravery was an early death in prison after a short illness. Real-life hero stories, though, aren’t just confined to HSBC. For example, at similar point in history, Sophie Schol was beheaded at the age of twenty-one for standing up against the persecution of Jews in Nazi Germany. 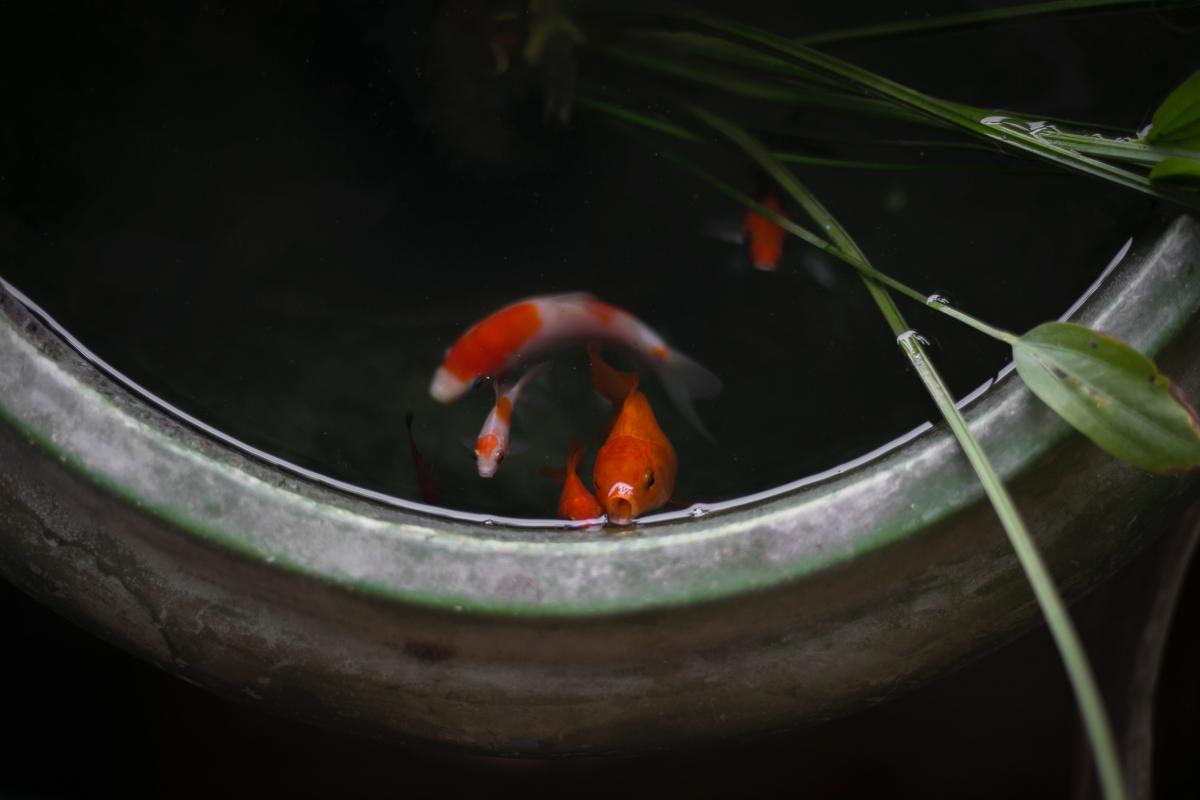 Of course, somewhere in those two stories lies a deeper truth that underpins our fascination and that is when we look deep into our own psyche we wonder if we are personally brave enough to do the right thing regardless of the personal consequences. We perhaps know, or fear, that we are not. So those heroic role-models represent the highest order of archetypical behaviour that people should aspire to but often personally fall short of (Jung, and more recently Peterson). Given the resonance of the hero archetype it’s easy to see why “personal courage” is increasingly seen as a differentiating capability between successful and unsuccessful senior leaders, for example, Leadership Code 2.0 (Ulrich 2017). My strong contention, though, is that in modern businesses its importance continues to be under-emphasised.

My rationale is straightforward. I conclude that failings at an organisational level are the result of the summation of the collective failing of the integrity of all the individuals who make up the company. This may seem a harsh conclusion, and I may be overly influenced by the writings of Solzhenitsyn and Viktor Frankl, but I deeply believe that everything employees do and every action they take in work (life) matters. Employees sit at the centre of their own causal network and the positive or negative effects of their behaviours ripple out, influencing others and the course of events. I know that less than 1% of all employees are sociopaths, psychopaths and criminals and therefore, as Google would put it, 99% believe that “You can make money without doing evil”. That is, the vast majority of all staff want and try to act in a virtuous manner. 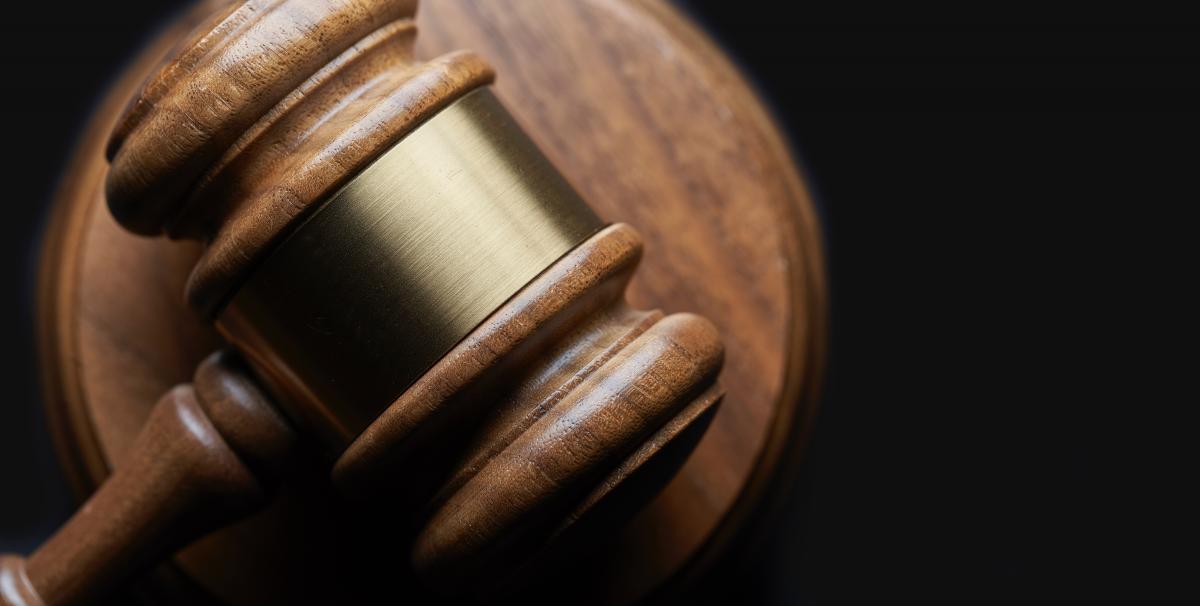 So, what’s the problem? Most employees recognise that to be ethical they have to behave in a way that, in the end, maximises the wellbeing of others, and are able to recognise whether a particular behaviour should be the favoured norm across society (telling the truth, reciprocity, theft, rape, embezzlement and bribery etc.). The problem, of course, is that making ethical judgements in the real world is difficult; simple rules cannot account for the complexity of the situations we face, and instead we have to empower employees to adopt principle-based decision-making practices in almost everything they do. Indeed, this requirement is ever more important as roles become more complex and the context in which we work increasingly fluid. Correspondingly, the increased premium for smart leaders who, in Kegan’s language, have developed beyond having a socialised mind and onto higher order stages of adult development (self-authoring and self transforming minds). That is, they are able to simultaneously handle multiple frames of reference and the contradictions between them. This problem of ethical judgement capability should focus HR functions on questions including: appropriate organisational structure; aligned working culture; critically how we lead; and ultimately how we build the capability of employees to have robust and ethical judgment in fuzzy situations. But my conclusion is as long as employees are intelligent enough to deal with the requisite complexity that their job entails; then ethical judgment capability is developable. It is though only one of the necessary building blocks that supports ethical employee behaviour.

And that leads us to the second problem, which is key. In my view, it’s impossible to be virtuous and ethical without acting courageously. Nietzsche was much more unequivocal suggesting that “some fruits never become sweet in the summer…. because cowardice holdeth them fast to their branches” (Thus Spake Zarathustra). The point is that our true moral character is acted-out in behaviour and actions and not our thoughts. It is our actions that ripple through and influence the social groups in which we sit. So, if we are aware of wrong doing (bullying, sexism, fraud, profiteering from customers) and we don’t take action to rectify the situation we become part of the problem. That is, we are by default complicit in the wrong doing and compounding the problem. 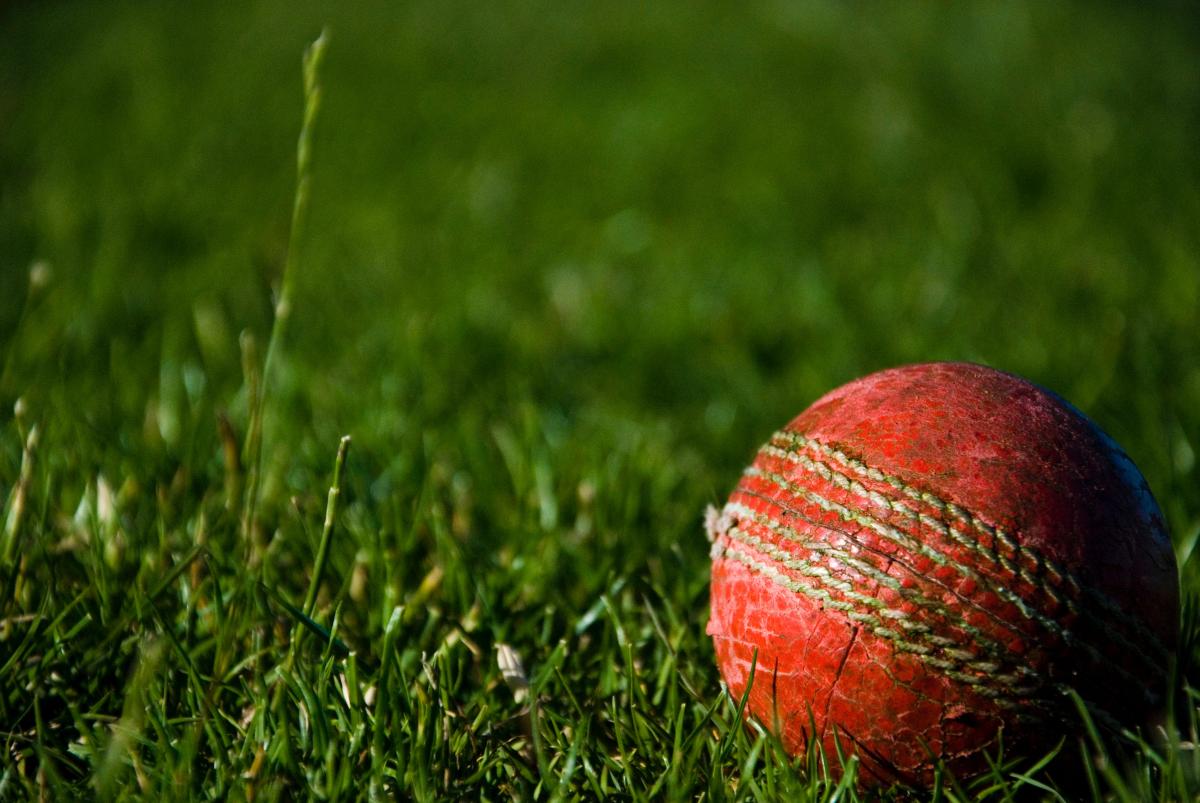 Last year (2018), I was struck by the ball-tampering controversy when Australia played South Africa at cricket. The Captain of Australia, Steve Smith, resigned after the controversy blew up because he knew his bowlers were damaging the cricket ball, giving them an unfair advantage but he failed to intervene. During his resignation speech Steve Smith said “sometimes good people do bad things”. I’m sure Steve Smith will come through the experience as a stronger and more mature cricketer, but the truth is that virtuous people simply aren’t complicit in bad things. What interested me most though was the swathes of criticism Steve Smith got from the general public along the lines of “how could you be so stupid as to bring the game into disrepute?” (and, of course, much worse). I was left wondering how many of them would have intervened in a high-pressure situation when winning is all; some of your best mates are bending the rules ever so slightly; and there little prospect of getting caught. My suspicion is very few. There really is a distinction between knowing what’s right and doing what’s right.

As someone once said integrity is what you do when no one is watching. Of course, fear of consequence is really the crux of the courage debate. In the hero narrative, the mouth of the dragon’s cave is littered with the bones of the heroes who tried to do the right thing, and failed. Would you take the personal risk of being eaten? Are you the next Rosa Parkes, Nelson Mandela or Mahatma Gandhi? Psychologists have long known how easy it is to get normal people to do bad things (Milgram 1963). Or indeed how willingly they do them from their own volition (Zimbardo 1971). Although, of course, we can simply look into recent history at people’s actions to understand that most of us are much more susceptible to wrong-doing than we like to tell ourselves (e.g.becoming a Nazi Concentration Camp Guard). I was recently overwhelmed by the account of one of the Japanese soldiers who staffed the notorious 731 biological weapons unit in China, who noted in his testimony that all it took for him to aid the unspeakable experiments on ordinary Chinese men, women and children were superiors denying him food for a few days. I know most us tell ourselves that we’d never commit such atrocities. I think this shows a lack of personal insight as all the historical evidence simply doesn’t bear this conclusion out. 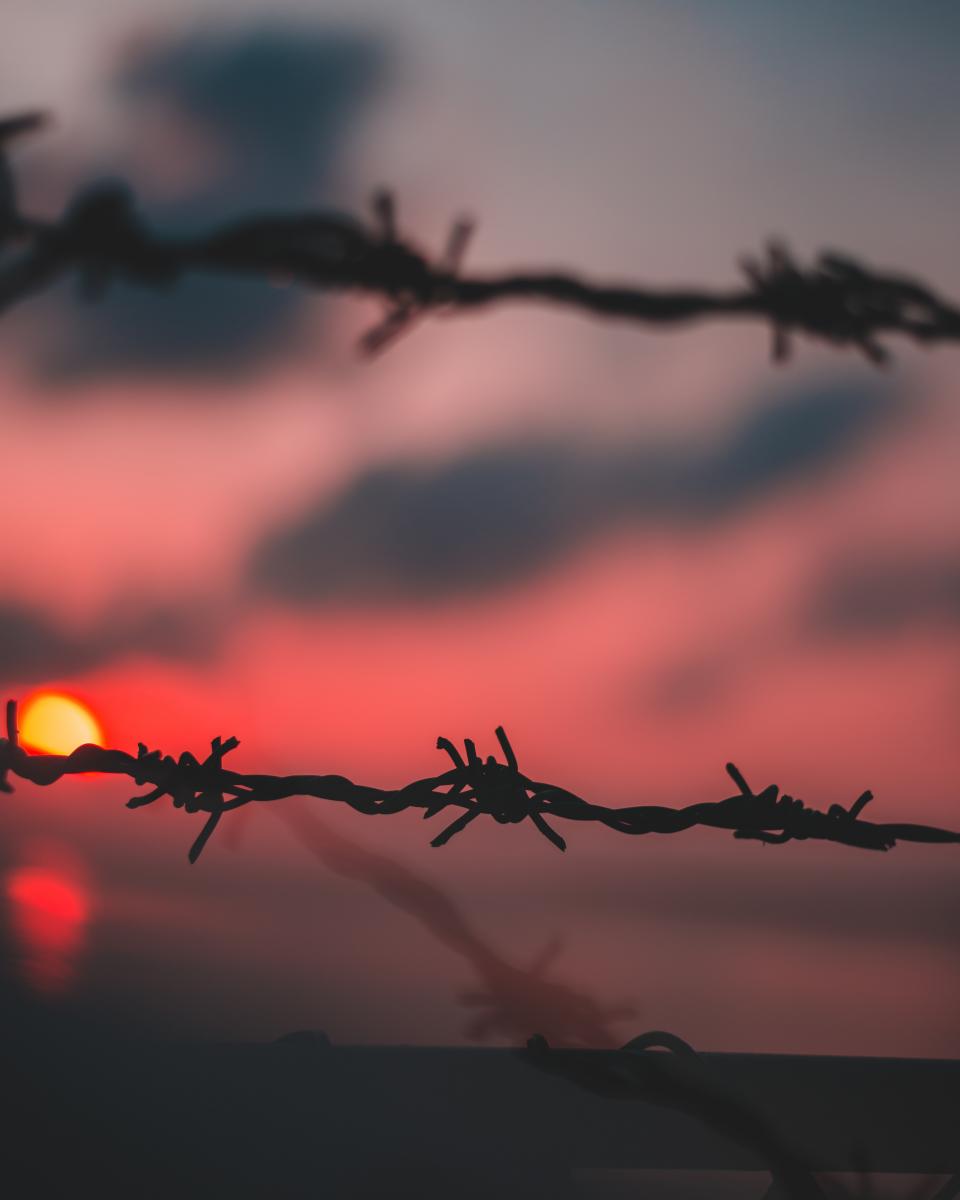 My point is, that compared to the scale of the evil people are routinely capable of, and/or as a result of their relatively low risk tolerance that simply not saying something or acting for most of us is our natural response when faced with uncertain outcomes in our daily lives. So, we should recognise that being courageous really is the exception and not the norm. It’s this point that explains our obsession with the hero narrative; why it’s safe to conclude that courage is a universal driver of organisational ethics and why organisations should do everything in their power to encourage courageous behaviour. 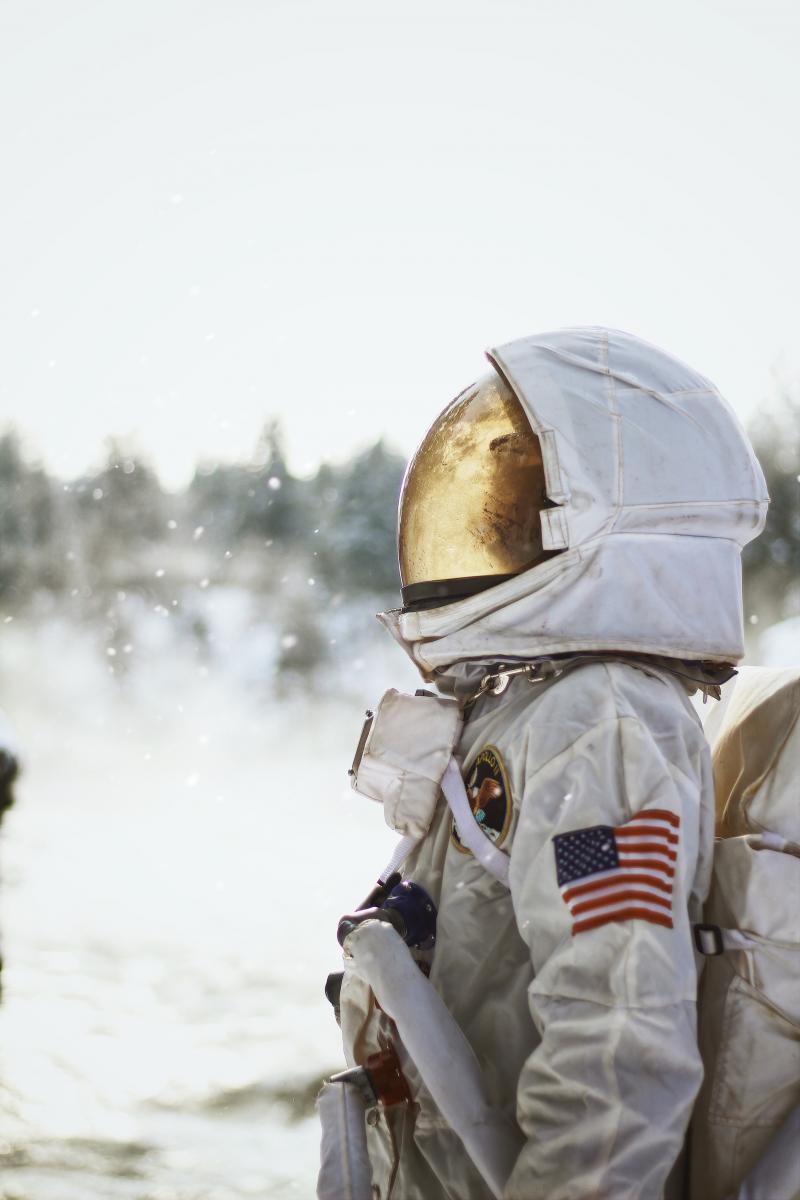 I believe that courage starts with the capacity just to “tell the truth” and that people more routinely demonstrate courage when they reach a higher state of psychological maturity as they embrace their role of positively changing the society/culture in which they sit. As a psychologist, my question is this; how do we better support our employees and leaders to reach high states of psychological maturity? And as an organisational development professional, my question is how do we build the leadership styles, cultures and organisational structures and systems that reinforce these behavioural norms?

But virtue shouldn’t only be a concern of commercial organisations. Our societies need to be virtuous at their core. Our children deserve to grow up in a world where they have a purpose and to grow-up having a “strong view of self and believing that what they do matters”. To deliver this we have to create opportunity and meaning; fighting the twin evils of nihilism and dumb ideology at every turn. Perhaps, the most important question for all us is whether we are courageous enough to fully engage with our governments, supporting institutions, communities and families to create a brighter tomorrow.

Time permitting, I will return to these themes.

Paul has over 30 years experience as an occupational psychologist in academia, consultancy and financial services. He has a strong track record of developing and implementing people development strategies that create commercial benefit across multiple business lines and geographies. He worked for HSBC for over 16 years in Regional and Global Organizational development roles. Latterly he was their Group Head of Learning; a member of the HR EXCO and responsible for HSBC’s approach to values education and risk learning response to the US Regulator. He moved to Shanghai in 2016 to establish the Bank of China’s (BOC) new corporate university and to help BOC mature their learning practice. Over the last three years, he has radically improved BOC’s training practice; with his team winning numerous best-practice training awards. In parallel, he’s worked with Senior business leaders to improve BOC’s training and talent management policy and practice. He reports to the Head of Bank of China’s Supervisory Board. 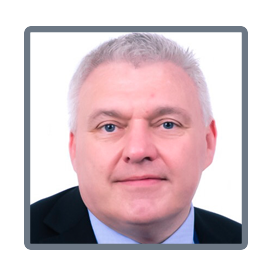