Is continuous economic growth our most harmful addiction ever? by Andrew Fox

Our addiction to continuous economic growth (GDP/Profit/earnings), is not replicated in the natural world and leads to destructive practices and destructive mindsets.

This pressure for continual growth has led to many well-known problems eg corporate scandals, harmful practices to both people and the planet/climate. If we put aside for a moment all the scandals and damage to the environment (dare we?), the system of free markets has had other negative effects as well. There are at least 320,000 homeless people in Britain, says Shelter. The charity Shelter says the figure for England, Scotland and Wales are likely to be underestimated reports the Guardian.

And one of the most comprehensive measures of poverty on offer at the moment is produced by the Social Metrics Commission (SMC). The SMC is an independent group of experts who have been working to improve the way we understand and measure poverty in the UK, which has been publishing estimates since 2018. They found that in 2017/18 - An estimated 14.3 million people are in poverty in the UK. (Full Fact.org The UK’s independent fact-checking charity).

I am a Non-Exec Director for a Multiple Academy Trust, and c 15% of our children are on meal subsidy schemes. These are children who would likely not get the right nutrition if not for school meals subsidised by the taxpayer.

At the same time looking at vehicle sales, which although volatile, see some luxury brands outperforming mainstream manufacturers.

Looking at it differently and for the US, Michael Tubbs the Mayor of Stockton California, talks passionately and eloquently about many of the problems (poverty, violence, exclusion etc) that he is working to solve for. Right now.

So, even allowing for distortions and biases in the data, something seems wrong? It's hard to argue all is well.

Before jumping to conclusions, I do think that Capitalism and free markets are the most effective economic model and we have seen that socialism doesn’t work and has historically caused as much if not more suffering. But clearly Capitalism unchecked also leads to harm.

“The Controlling Elite Love Socialism for the People-Control Properties of the System, But for the Average Citizen, the Results Have Always Been Disastrous. Socialism will not work in a free-market economy and, as a consequence, it invariably deteriorates into a totalitarian state”, Adrian Krieg (1998).

But you don’t have to look hard to see the massively negative impact of capitalism and free markets if they are left unchecked.

In the short term at least it is unlikely that the politicians in the US or UK are likely to apply their minds to this issue being preoccupied with Impeachment hearings and Brexit respectively. Perhaps there are countries that have managed to remain wedded to free-market policy whilst keeping rampant capitalism in check ( perhaps Sweden, France?) I am not sure I am not an economist.

But clearly Governments and regulators, customers, staff, and boards could all play a role in keeping bad practice in check, and I mean by doing more than simply having and advertising a healthy corporate social responsibility budget.

Kate Raworth acknowledges that even in developed economies we need to thrive, but we have to acknowledge that the pursuit for unending growth is increasingly harming people, the climate, the environment, developing countries etc. As individuals as consumers we are also addicted to this promise of more forever. Realistically GDP cannot achieve unending growth, forever. And therefore Kate challenges us all to have a far bigger ambition of creating a world where we all thrive!

In Kates words we need to move from a take, make, use, lose model to one which focuses on restorative and regenerative and distributive processes. 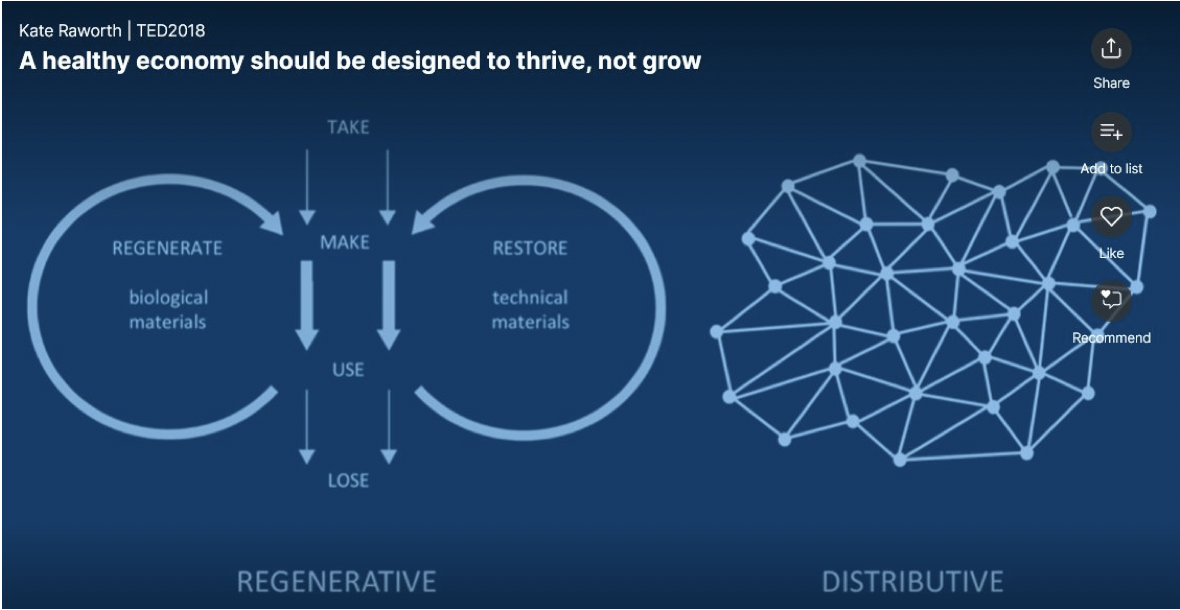 Stewart Brand talks about the rate of population growth, the rate of urbanisation, and the impact this is having on economies and the climate/environment. 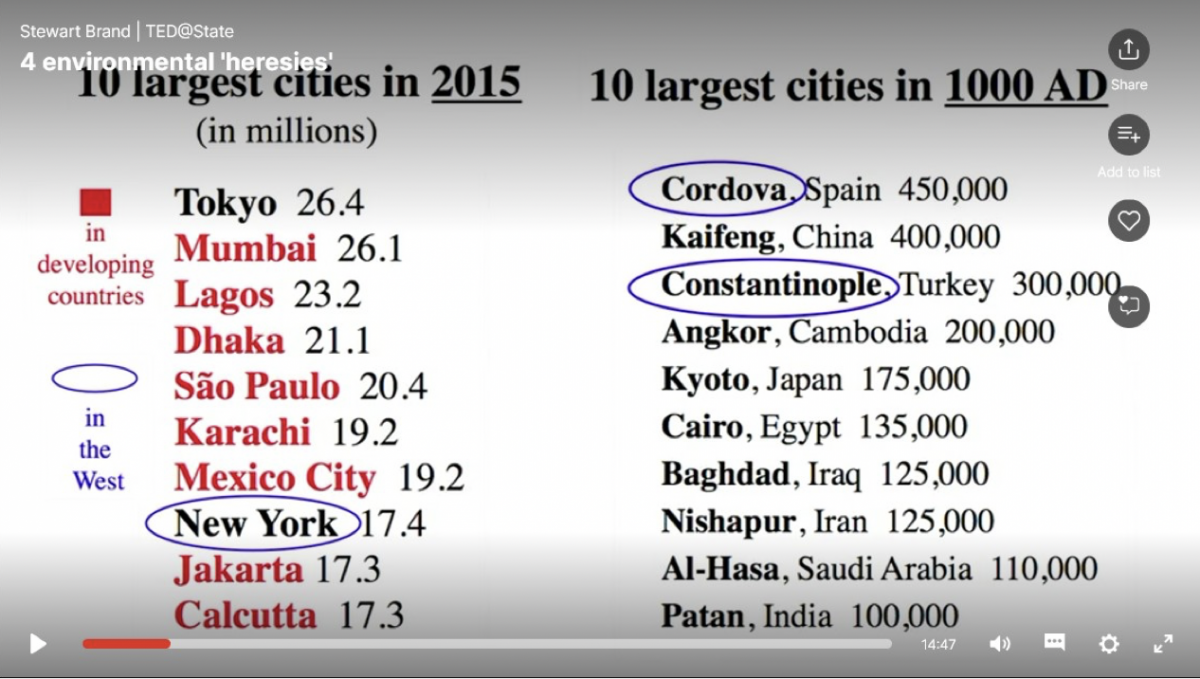 If both developing and developed countries continue on their respective trajectories then we can predict catastrophe.

If you believe as I do:
1. That we have probably transcended Darwin’s evolution by natural selection, then we will not evolve as a “species” which means we have to take more care of what we have.
2. That despite the millions of dollars being invested in space exploration we are far from colonising another planet and so this is the only one we have for the time being.

Each of us has a role to play for example in ensuring that we guard against rampant consumerism, fuelled by the culture of self. Challenge our organisations to become more restorative and regenerative, in all aspects of its business and our lives. And as always I argue for more compassion in everything that we do.