Company values. What's employee emotions & identity got to do with it? by Karen Walker 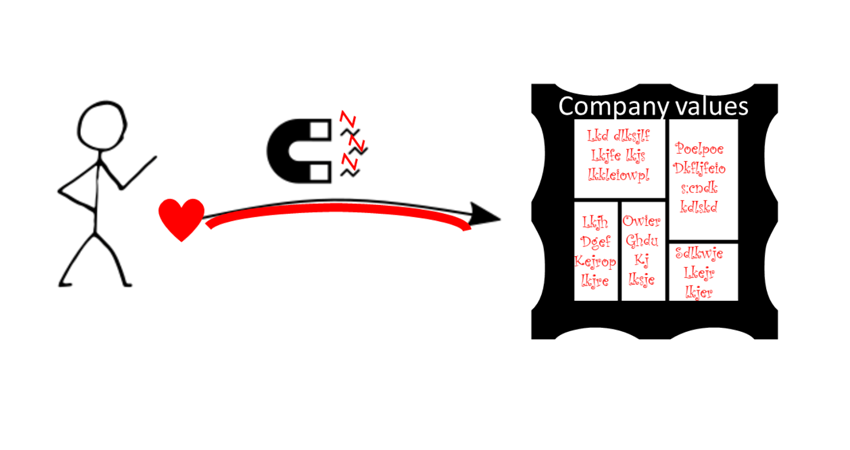 Organisations want employees to 'live' and 'be' the company's values. But how often do the espoused values hanging on an office wall evoke positive emotions and identification for employees?

We learn about what's important to us through our feelings

If something important to us is:

Due to a culture of competitiveness and working long hours, C Space's workforce was feeling isolated and burnt out when the new values were launched.

'Only accept awesome' evoked a very negative emotional response from employees, who interpreted this value as meaning 'work until you are exhausted'.

Emotions drive human loyalty, advocacy and choices, whether we're a customer or employee 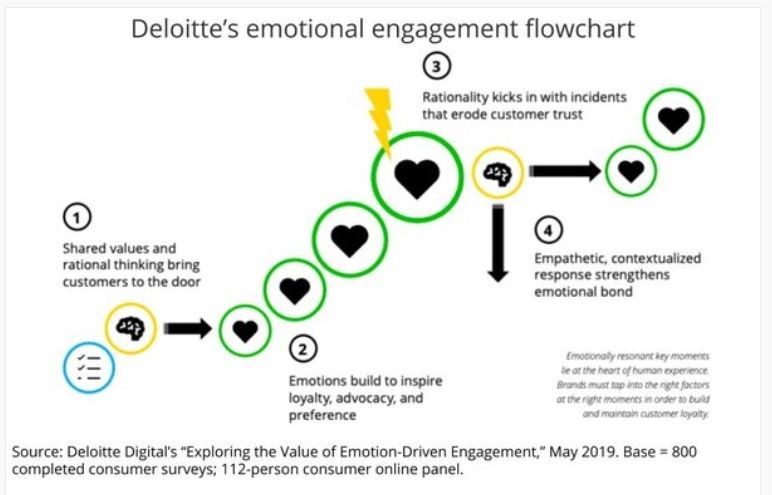 Companies know that shared values play a big part in bringing customers to their door, and then its customer's emotional connections that drive trust in the relationship. Too often this knowledge isn't applied by organisations when it comes to building positive emotional environments and connections with their employees.

Culture clash: What Atlassian did when they realised they had hired an ‘arsehole’ tells the story of what happened when Atlassian was still in startup mode, and realised it wasn't hiring the right employees.

“We hadn’t put any values in place, or really structured the types of people we were looking for.

And then one day we looked at the types of people that were coming to join Atlassian because we had free food and a pool table and ping pong and all these perks. People were joining Atlassisan because of the perks, not because we built amazing software that helps teams change the world.”

Atlassian is a fixture in the top 10 best places to work, both in Australia and the USA. In their video about the values the organisation agreed upon that remain unchanged, you hear them described in terms of the emotions they evoke in themselves and others, and how they resonate as personal values.

"I think the act of getting a group of people together and sitting down and saying ‘ what do we stand for’ and ‘what do we not want to lose’ is more important than ‘what do we want to be?’

The other thing we that we didn’t write down that we were very clear on at the start is that we didn’t want to have basic human values [on the list], like honesty, integrity, those sorts of things, those should be inherent or assumed. Otherwise you end up with a set of platitudes that aren’t useful or instructive to people in any way shape or form.”

Company values. What's employee emotions and identity got to do with it?

The following are the company values of three companies in Australia's ASX top 10. 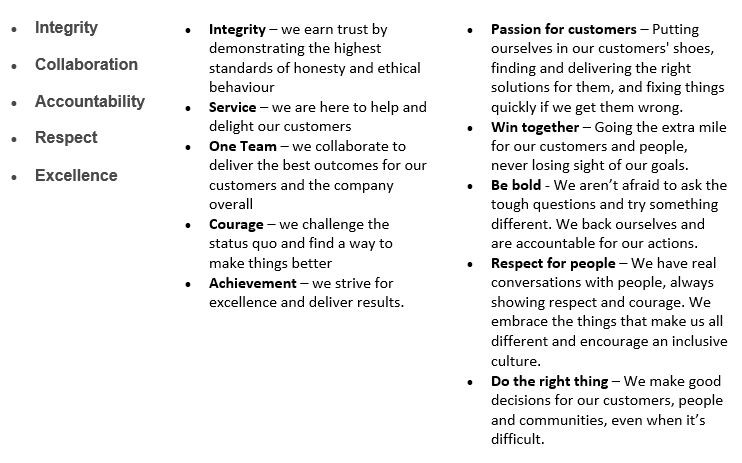 When it comes to company values the big question is, who are you trying to attract and emotionally connect with?

As Atlassian has demonstrated, corporate values that attract and motivate employees by evoking positive emotions and personal values, result in employees that look after each other, their customers, and the success of the company.