The case for decentralisation and self-management by Miriam Gilbert

How one bank bucks the trend.

The Retail Banking industry is under immense pressure. Disruption from Fintech, a history of misselling scandals undermining customer trust, ever new regulation and internal costs that keep rising while employee engagement remains low.

To combat the rising tides, most banks try a combination of heavy investment in technology, internal restructuring, closing branches, and automating activities to reduce costs.

The results are a mixed bag.

Yet there is one bank that has defied the recent trends and even escaped the financial crisis of 2008/9 relatively unscathed: Handelsbanken AB.

More than that, the Swedish bank with over 200 branches in the UK has managed to achieve its goal to be more profitable than the average of its peers for a long time: over 45 years.

It boasts some of the highest ratings for customer satisfaction and 78% of its employees would recommend working there according to Glassdoor.

The key to these positive results is not unique products, innovative banking practice, or clever marketing. It’s much more simple.

How it all started

Handelsbanken is considered a fairly traditional bank–albeit one that does things very differently to others.

Founded in early 1871 by several large corporations and leading Stockholm residents Handelsbanken was a traditional bank like many others with successes and failures over the decades. However, a crisis in the late 1960s/early 1970s caused the bank to make some drastic changes to its internal operations– and the benefits can still be felt today.

Since 1970, Handelsbanken’s organisation has been strongly decentralised and operations are organised around customers’ requirements. This means handing business decisions about customer relationships and services to the branch.

No bonuses but long-term incentivisation

Another change introduced was the unique profit share scheme that replaces all bonuses to employees. That does not mean staff don’t get rewarded beyond their salary. Instead, every year that the bank’s return on equity is higher than its rivals’, all staff are awarded an equal share of profits. Including the CEO!

These profits flow into a foundation which now owns more than 10 percent of Handelsbanken’s shares. The catch is that nobody can withdraw any money until they turn 60.

This scheme is a central mechanism to ensure that staff truly buy-in to the bank’s mission: to be the most profitable bank by putting customers satisfaction first.

What is life like at the most decentralised bank in the UK?

In an interview with Stephen Hills, Branch Manager at Handelsbanken UK in Bishop’s Stortford, he explained that the focus on customers is no myth or hype but it is visible in the actions of all staff members every day.

It is reflected in the way that local staff take the majority of decisions, such as account opening, setting up loan arrangements, mortgage applications, and commercial arrangements.

Unusually, the branches do not use credit scoring as the basis to make these decisions. Instead, Stephen clarified, it is up to the branch to develop the close kind of relationship that allows the branch manager to make informed decisions and monitor risks effectively.

“We want to work in real partnership with our customers, building long-term relationships, not just a quick profit.”

In an industry where most branch staff are targeted to cross-sell products and services at any costs, and handling as many enquiries as possible per hour, this is a refreshing approach.

It is effective from a compliance perspective, too. As per Stephen: “Because there is no bonus system and decisions are made at branch level, we reduce the risk of misselling.”

To enable the focus on customers, the Handelsbanken is clear: the branch IS the bank.

Another unusual feature of a Handelsbanken branch is access to staff is available to customers via direct phone lines–not centralised call centres. Customers can call the branch manager or their account representative directly, something almost unheard of elsewhere.

The most striking difference from an outsider’s perspective is that while all major high street banks have been reducing their branch presence, Handelsbanken has doubled the number of high street branches in the UK since 2011.

“But how can you afford it”, I asked Stephen: “the approach must be expensive?”

Turns out, no! Handelsbanken’s profitability record demonstrates that decentralised operations, even in a regulated environment, can be cost-effective.

The opening of new branches, for example, is dependent on finding the right people to open and staff a branch. This means careful selection, matching interviewees attitude to the bank’s culture and focus on the long-term.

This is not a job for recruitment firms and may take longer than a usual recruitment round, but it pays off.

Stephen explains that he was first approached by Handelsbanken in 2007/8 to join as corporate manager but personal circumstances stood in the way. When these changed, Handelsbanken was happy to pick up the conversation and since joining them in 2012, he has not looked back.

Secondly, the decentralised nature of the bank means that branches spend little time on the usual analysing, reporting and justifying of performance to head office. This results in considerable savings in time and effort, freeing up staff to focus on customers.

In fact, even annual budget rounds are less painful than elsewhere. The branches spend limited time on creating annual budgets, instead, they know their income and cost base, what levels of each are required at any point, and work towards that goal.

While there are plans created by head office for the branches, it is universally accepted that these will change with changing circumstances, so branches are free to concentrate on their core activities: creating long-term profits through satisfied customers.

Handelsbanken is a great case study that makes the point for other organisations considering decentralisation or self-management. It shows that delegated authority and responsibility beats hierarchical command-and-control approaches and even out-profits investments in technology.

Don’t be afraid to decentralise–ensure you have motivated, engaged staff with a clear vision in a system that limits incentives to dysfunctional behaviour (e.g. no individual/team bonuses), and profits and growth have the greatest chance. 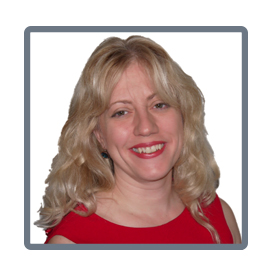