Can we please put some humanity back into organisation change? by Jonny McCormick

People are not robots.

If you’ve ever had the opportunity to work at a summer camp you’ll know it’s one of the best “jobs” you’ll ever have. I use the word job in inverted commas intentionally because more often than not it doesn’t feel like work at all. There are deep and meaningful conversations with people who start to feel more like your family than your colleagues. There is the cold embrace of a dip in the lake after a late afternoon game of capture the flag that always gets a little too intense. There’s the jaw-ache you get after laughing too hard for too long at some silly in-joke. There is the silence of the woods, that’s broken by another rendition of that campfire song that’s burned into your memory. And, of course, there’s the mandatory ice-cream visit every day to the camp tuck shop.

If you’ve worked at camp your probably sitting grinning to yourself right now as you remember a special memory or friend. If you haven’t worked at camp you’re probably wondering how you go about getting a job like that because it sounds awesome. It was. That’s why at the end of the summer it’s always tough to say goodbye.

I worked at a camp in Canada for 4 summers in total as a young adult. As someone who lives in the UK, I remember at the end of my fourth summer whilst I was saying goodbye thinking to myself “I’m not sure when I’ll see you again”. There were several goodbyes that required me to swallow hard and, I’m not ashamed to admit, choke back tears as I parted way with dear friends.

The emotion caught up in saying goodbye is an important marker for helping to move on to whatever comes next. Without an appropriate goodbye, it’s hard to transition — things remain open, unfinished and ambiguous. So whilst they can be difficult I remain thankful for the opportunities I’ve had to say goodbye properly.

As a management consultant, I spend a lot of time working with organisations as they try to implement some form of change. The changes can be anything from the way the organisation is structured, how certain processes work, how various departments interact or how a piece of technology should be used. The nature of the change doesn’t really matter but they often share one common characteristic — they are rarely easy. In fact, they’re often complex and peppered with challenges.

Managing the “people side” of change is important, but it’s often the last thing we think about. So, practically speaking how can we help people move through changes in a way that allows them to say goodbye and be open to the possibilities offered by the new world?

Allow people to say what they need to

The biggest mistake I see being made time and again is when changes are introduced ‘out of the blue’. People going through changes need the opportunity to hear about, think about and respond to the changes. This doesn’t necessarily mean that you’ll alter plans based on their feedback because it’s not always possible, but there’s something cathartic for people in feeling heard. For some people they’ll be processing a sense of loss as they’ve become attached to the ‘old world’. This isn’t a bad thing necessarily it only becomes a bad thing when they feel that those emotions need to be suppressed. It’s the same with grief…the problem can’t always be solved but occasionally just getting things off your chest is enough.

As you’re leading people through change it’s tempting to only listen to the voices of excitement, positivity and enthusiasm. Of course you should listen to them — in fact these are the people you need on your side as they will become powerful advocates for the changes, but you need to listen to the dissenters too. They shouldn’t be given all the airtime and they shouldn’t be given a free pass to be negative, but they should be allowed to say their piece and begin to move on.

Practically speaking one really easy way to ensure that all voices are heard are to make communications a two-way process. If your communications process is all about you giving information to your staff that won’t work. You need to allow time to hear from them as well. This won’t always be easy and you’ll likely experience some push back and challenges but it’s almost always worth it.

Just like saying goodbye to people that you’ve become fond of some people need to ‘say goodbye’ to the old ways of doing things. In many cases they’ve been doing it this way for quite some time. At one point the ‘old way’ was the best way and introduce a change can require both patience and practice for some people. The opportunity for them to say goodbye allows them to close the book on the old way of doing things and begin to write a new story.

One novel way I’ve seen this handled in the past is a recognition event being held where people had a mini-ceremony and were thanked for their efforts in helping the department get to where it was — this was an evening of celebration and made people feel valued for the input that they’d given to date. It was all about being thankful for the old ways of working and how they’ve enabled so much progress and growth but remembering that to enjoy further growth and continued success that changes are needed.

When introducing changes there is a temptation to just jump in with both feet. If it’s an organisation restructure you want to get people working in their new teams as soon as possible. If it’s a new system get people trained on it as quickly as possible. More often than not this is a mistake. It gives the false sense that activity means progress when often you’re just spinning your wheels in the mud. What you should focus on before building peoples capability is building their desire. Unless they want the new changes to be successful they won’t be motivated to learn the new ways of working and will become a major point of resistance.

One simple way of testing if your people have the right amount of desire is simply asking them. So basic yet so often overlooked. This can be done informally through team meetings or one-to-ones, you can just ask the question “Are you excited about the changes? If not, why not?” or more formally through a survey. Either way you’ll get insight that you can act on. If your people are excited about and anticipating the changes it’s much easier for them to really hear and understand the information they need to know to put the new ways of working into practice.

The one thing I’ve learned in working with dozens of organisations on these types of changes is that people are complex. What you might believe to be insignificant could be deeply important to another person. People are driven by emotion — even when it is in conflict with reason. If you want people to transition to the new world with optimism and energy treat them like people not like an ‘input’ to a system. Allow them the time they need to process their emotions and say goodbye. If you’ve ever had a hard goodbye or been robbed of the opportunity to say goodbye you’ll know how difficult it can be to move on — help your people to move on by allowing them to say goodbye properly.

The article is exclusive to The Business Transformation Network.

Jonny McCormick is the Director of Rosseau where he specialises in Organisation Development, Change Management, Leadership Development & Executive Coaching. Jonny has worked with organisations in the Retail, Financial Services, Defence and Higher Education industries as well as on some iconic Public Sector transformations to solve some of their most challenging "people" issues. Jonny is the host of Spoke podcast - a series that focusses on interviews with people you might not have heard of who are doing some really interesting things! 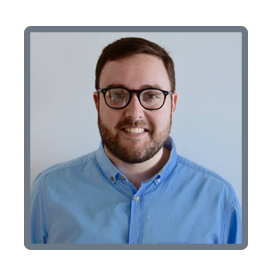