Can Blockchain Really Work for Health and Care? by Gareth Baxendale

In 1837, Hans Christian Andersen wrote the short story called ‘The emperor’s new clothes’ a tale about two weavers who create a beautiful new suit of clothes that they say are invisible to those who are unfit for their positions, stupid, or incompetent – while in reality, they make no clothes at all, making everyone believe the clothes are simply invisible to them. When the emperor parades before the people in his new suit of clothes, no one dares to say that they do not see any clothes on him for fear that they will be seen as stupid.

It’s now 10 years since the person or known as Satoshi Nakamoto conceived the idea of blockchain and some might question whether it can still be classified as an ‘emerging technology’ that is destined to change the world. It’s true that in some sectors blockchain has a genuine application in securing transactional process, preventing double-counting, providing so-called ‘smart contracts’ and improving the timeliness of transactions.

Take for example Spanish bank BBVA, who introduced paperless trade transactions using blockchain and piloted it on the transport of 25 tons of frozen tuna, bought from Mexico by a company in Barcelona. The result was that document verification reduced from 7 – 10 days to 2.5 hours. It sounds good and no one would argue against those figures being impressive. However removing paper-based document handling in favour of a digital solution would also be likely to result in such a significant reduction, perhaps with or without blockchain.

Is Blockchain the answer?

The ‘Emperor’s new clothes’ issue seems to occur when the technology steps outside of its original purpose and is used to solve problems that perhaps don’t really exist. It seems no-one wants to look silly decrying the technology for their particular purpose resulting in all manner of over-engineered and bizarre solutions like washing machines that order their own detergent using blockchain, and the ‘why not’ idea behind smartvows.com who allow you to get married on the blockchain… yes, really.

Over the last few years, there have been many ‘pilot’ projects to consider how blockchain could be used in a health and care setting and some have been genuinely promising with solid use-cases behind them. Health insurance claims is an obvious choice as this is a very transactional business to business process and aligns nicely with the premise behind blockchain. Managing the pharmaceutical supply chain is another good fit for blockchain.

MediLedger, whose supply chain solution goes live October 2018 is a good example. Among other things, it keeps an immutable record of transactions and data to demonstrate regulatory adherence and enforces agreed business rules without revealing valuable, private data. This allows it to certify the authenticity of the raw materials and drugs, prevent counterfeit items from invading the supply chain, and manage payment contract terms.

Of all possible use-cases for blockchain in health, the Electronic Patient Record (EPR), is the one that on paper has the greatest benefit to both the patient and medical practitioner alike. But in reality, EPR also faces the greatest challenges around data protection, secondary uses, and general concerns around the idea of a person’s most sensitive data being de-centralised and ‘out there’ on the internet, albeit encrypted and secure. Throw in the fact that each health provider would need to follow a standard method to access and integrate with the blockchain and it suddenly becomes a complex challenge with many hurdles to overcome.

So can it work?

Despite those hurdles, a number of organisations are stepping up to the challenge. Dovetail Lab is working with social enterprise group Patients Know Best to provide a pilot that will allow diabetic patients to interact with their medical record. The solution will provide a fully audited ledger of medical data interactions with patients managing their care from home using blood glucose, blood pressure, and weight monitoring smart devices.

Medicalchain is another provider who uses blockchain technology to securely store health records. Health professionals, pharmacists, and health insurers can request permission to access a patient’s record to serve their particular purpose and then record the transaction on the blockchain. Patients will also have the opportunity to pay for services using the technology. MyClinic is a new service from Medicalchain that allows patients to attend video consultations with a GP and pay for them using cryptocurrency. Currently, a pilot is underway with London-based Groves Medical Group in its four medical centres.

And so too, an MIT research project called MedRec is trialing a health records system that offers a simple index while leaving patient data in hospitals or GP surgeries IT systems. It allows clinicians to identify and access patients’ medical history, wherever it is stored. MedRec automatically keeps track of who has permission to view and change the record of medications a person is taking and rewards bitcoin-style “miners” with access to aggregated, anonymised data for epidemiological studies.

For clinical research, three big pharmaceutical firms Pfizer, Amgen, and Sanofi are working together to explore how the use of blockchain could speed up clinical tests of new drugs. In practice, this could mean that patients would store their data anonymously on the blockchain and then make it available to trial recruiters, who could then invite volunteers who meet the eligibility criteria.

Blockchain, as is the case for other technologies, has its place and can solve some very real-world problems. Perhaps in the future, we might imagine an NHS Patient ID blockchain where patients can grant access via an app on their phone. The record held in the blockchain can then simply point the health provider to the location of the patients’ records, wherever it is located and wherever the patient is located in the world. Using smart contracts, a patient could arrange payment for private care or simply use it to agree to the terms of a particular medical procedure.

The possibilities are many and indeed exciting for empowering patients and simplifying the sharing of critical health data at the time it is most needed by both the patient and health professional alike.

So while we await the future possibilities that blockchain can offer health and care – please do feel free to indelibly record your marriage along with your wedding vows within a ‘smart contract’ on the Blockchain… You know you want to. 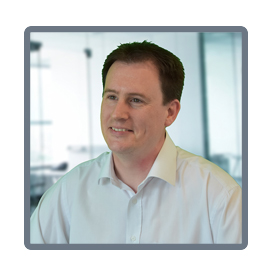