Building a Change Network That Works by Sandie Bakowski

Change is hard but there are levers that can make it easier. Using a network of the right people to act as your change agents is one of those levers. I am a huge believer in getting employees to drive change, but the design is key as Change Agent networks are often implemented badly. Here is the usual chain of events.

The person chosen is often the introvert who likes being left alone. Nowhere near the natural type for getting a crowd whooping. In reality, this is more of top-down ‘command and control’ approach to employee engagement. An uncomfortable situation for all.

Change agents are such an important pillar for your change brand, and getting the right people involved is your pixie dust for change. To understand why they are so critical, it’s useful to talk about the two types of power networks in an organisation.

Successful change needs both top down and bottom up backing but often people misjudge how to harness the bottom up part.

THEN SOME TIPS ON HOW TO SET UP AN INFLUENCER NETWORK

The hardest part of change is the people part and when designed right, influencer networks are one of THE best mechanism to get buy-in. If you would like help designing a hero network in your organisation, then please get in touch.

The Business Transformation Network has posted this article in partnership with Making Change Happen blog.

Sandie Bakowski is Co-Founder of The Arc Group. Sandie is a business psychologist, a certified co-active coach as well as a visionary and strategic specialist in behaviour change and employee engagement, she brings a +20-year track record of working on complex, high impact, £multi-million roll-out programmes. A creative storyteller who makes change happen.

Previous clients include Unilever, British Airways, Department for Education, Pearson, HSBC, the Cabinet Office, Capita IT, LogicaCMG, Reuters and the Foreign Commonwealth Office. Sandie takes pride in appreciating the cultures and forces at play to design insightful approaches that really fit and provide unprecedented business benefits. She brings positivity, enthusiasm and influence, and is willing to challenge the status quo to achieve the very best results. 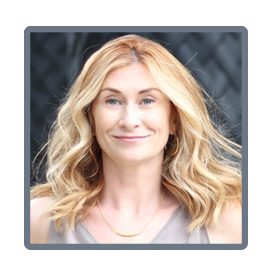 Becoming a great place to work is the aim but how do we get there and what does that really mean for employees?

A consistent, yet more...

As we continue this fascinating series around ‘Future Leadership’ in partnership with PeopleSmart SAS, we...

Read post
What is onboarding and how has it changed?