Brexit - The Failure of British Business to Plan - What is Stopping Them? by George Kemish

I am somewhat disappointed by the latest figures showing how many businesses have failed to carry out Brexit Risk Assessments and even more disappointed at the number that have not undertaken any planning in order to prepare for a future after the UK has left the EU.

According to the British Chamber of Commerce sixty two percent of companies have not carried out a Brexit Risk Assessment and, according to the Federation of Small Businesses, only fourteen percent of small businesses have started planning for a ‘no deal’ Brexit. Some have even suggested that they will not be affected by Brexit. However, in my own mind, I can see few organizations where that is likely to be the case as Brexit is likely to have an effect on both the home and overseas markets.

When looking at the future of British Business there is a need to look at the effect that Brexit might have on both the home and overseas markets. In addition to looking at such things as changes to customs regulations and trade agreements, there is also a need to bear in mind the affect on suppliers (cost of materials and services); the expectation of changes in the state of the UK economy; how to manage skills shortages (In 2017 EngineeringUK highlighted that there were 69,000 skilled engineering posts that remained unfilled). This illustrates just a few of the areas that need addressing. The Institute of Directors (IOD) has listed some twenty-two points that need to be addressed in a Brexit Risk Assessment. For IOD members these can be found at: https://www.iod.com/Portals/0/PDFs/Campaigns%20and%20Reports/Europe%20and%20trade/Business-Planning-for-Brexit.pdf?ver=2018-06-25-192100-913

This is a general list and so, as no one organization is the same, there will be some points that will not be relevant and, I suspect, others that would need to be added to the list. However, having completed a Risk Assessment, there is a need to move onto the planning stage. This is not easy, given the uncertainty and ambiguity that exists with regard to the current trade negotiations between the UK and the EU, but it is possible by utilising Business Scenario Planning. So, what is business scenario planning?

Business Scenario Planning is a process of knowledge acquisition in a problematic situation in which planners share insights and learn from each other, whilst learning jointly from the external environment. By fostering collaboration, scenarios can be produced to take account of potential change and to envisage how this might have an effect on the Organization as well as the way in which strategic goals may be achieved. One of the biggest problems is in deciding what future outcomes are required. However, as the scenarios are worked back from the future to the present context, this is also one of the most important areas to be addressed. So, what are scenarios?

Scenarios are internally consistent views of the future that focus on discontinuity and change and involves exploring how the underlying systems in the business environment might generate change whilst taking account of how competitive players (existing and new) might behave. They are not static or comprehensive views of the future but, like a cinematic film, contains a dynamic storyline. In the same way in which films of old could be spliced and reframed, so scenarios can be reframed to take account of changes in the internal and external environments after the original planning process has been completed.

Like a film, the story can be run forward and backward and, by working back from a specific scenario, you can determine what events might bring about a particular outcome. However, they are not abstract pictures; they show players in the market doing specific things and behaving in specific ways. They are a way of identifying, amplifying and interpreting weak signals in the environment. They will have a foreground and a background and some features will be central to the scenario whilst other are more peripheral. There is also a need to move away from the use of projections and forecasts – these play no part in scenario planning which, as previously mentioned, are based on discontinuity. The past can only be utilised to confirm the present in an uncertain future.

I hope that you have found this article insightful and that it will encourage you to look at how you might take advantage of scenario planning. Although scenario planning may seem time-consuming, if managed well it can provide businesses with an opportunity to react more expediently to changes in both the internal and external environments.

George Kemish is a consultant specialising in HR Strategy, Workforce Planning and Business Scenario Planning. Having started out as an apprentice in the engineering industry he moved into business administration where he held management posts in both HR and Financial Management from 1978 to 1993.

For the next 14 years George held a senior management position in the Education Sector with responsibility for Management & Financial Accounting; HR Management; Secretarial Services; Facilities Management; Events Management, Catering Management; Marketing; Public Relations; Management of Freedom of Information & Data Protection. As Secretary to the Board of Governors he was also responsible for: Advising on the interpretation of all legislation, regulations & best practice relating to corporate governance; committee administration; drafting of the annual corporate report (including year-end accounts); drafting of the business plan to support short, medium and long-term strategic planning.

In 2007 George moved to the Ministry of Defence where he was responsible for HR Strategy and Manpower Planning in respect of worldwide operations until 2016 when he founded his company; specialising in Business Planning from a HR perspective. 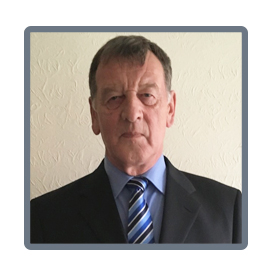 Coronavirus – a short Polemic by Arnab Banerjee
Read post
Synchronising Brains & Hearts On a Team by Mehmet Baha
Read post
Does your business understand the value of your transformation initiative? by Manuel Giudice
Read post
HR Must Adapt to New Realities by Gavin Russell
Read post