The Black Swans of Change by Jacqui Alexander

Recently I shared my six principles of delivering change at pace – in this post, I focus on the second principle – ‘Take a step by step approach’ but what has that got to do with black swans?

The origin of the phrase ‘black swan’ derives from long ago in the early second century when Roman poet Juvenal characterised it as ‘a rare bird in the lands and very much like a black swan’ – why? Well, when it was coined it was assumed not to exist.  As we fast forward a few hundred years, we find that the phrase black swan had become a common expression in 16th Century London as a statement of impossibility.  The presumption was simple – all swans must be white because all historical records of swans reported that they had white feathers.  At that time, a black swan was something considered impossible or non-existent.

So imagine the surprise of Dutch explorer Willem de Vlamingh who was the first European to see a black swan on his expedition to Western Australia in 1697!  The term subsequently changed to convey the idea that a perceived impossibility might later be disproven!

I can empathise with Willem completely, for some 300 years later I too found myself in Western Australia and saw a black swan for the first time in my life and, not just one, but over 50!  My local guide took great delight at the look of sheer awe on my face – for her black swans were the norm, not the exception!

So why do we need to be open to the black swans of change?  Well, the importance of this metaphor lies in the fragile belief that we can predict the future based on our assumptions from the past.  In a rapidly changing business environment within a dynamically changing world, a limiting belief that we can predict what lies ahead now seems flawed.  And what does this mean for those multi-year, multi-million pound change programmes with detailed plans?  Are they relevant or are we fooling ourselves?  Locking down long-term rigid plans and deadlines can mean we lose sight of what’s right in front of us, the unexpected black swans on our journey.  Black swans serve to challenge our thinking and assumptions, to unpick the logic of its system and reasoning.

So how do we navigate a different path, a path that is both intentional and adaptable to the black swans you may encounter?  Here are some of the things that I’ve have learned so far:

As Martin Luther King Jr said ‘You don’t have to see the whole staircase, just take the first step’ – so what is your first step in addressing the most important things that you can change, right now, and that may lead you towards where you want to be?

If you missed it, you can access Step 1 here, or Jacqui's video on all 6 steps here.

The Business Transformation Network has posted this article in partnership with ChangePace Consulting.

Jacqui is Managing Director of Changepace Consulting Ltd shaping client programmes that help align, deliver & improve performance.acqui is an expert in business transformation and change.  She applies an innovative and proven approach that combines the practices of organisation development, continuous improvement and project management to improve ways of working.  Her passion is to help her clients create contagious commitment to change, and to deliver it at pace. 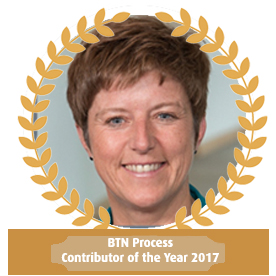 Are you burned out or just tired? Find out in 15 minutes

This is a guest post from our good friend Phil Strazzulla, the founder of SelectSoftware...