All great decisions start with a thought by Agnesia Agrella

Business is all about decisions, but let's look at decisions that changed world history.

Four words that changed the course of American history

The night of August 27th, 1963 proved to be a sleepless one for Martin Luther King. He was due to give a speech at the Lincoln Memorial on August 28th, so he stayed up late preparing notes for the big moment. As he was delivering his speech, a singer by the name of Mahalia Jackson, who was stood to his side, shouted: “Tell them about the dream, Martin!" King paused, went off-script, and the rest (as they say), is history.

The Bay of Pigs invasion fails due to unsynced watches

In April 1961, the American CIA, together with Cuban exiles that were specifically trained for the task, was all set to invade Cuba via the Bay of Pigs. President John F. Kennedy ordered that six fighter planes be sent in to back up American forces after an initial air strike failed. It turns out that the pilots forgot to sync their watches to Cuban time prior to setting off, so their presence was useless by the time they got there.

The Confederacy is foiled by a general's note

Confederate General Robert E. Lee led the invasion of Maryland during the American Civil War in 1862. He drafted Special Order 191, which was a document outlining the moves that the Confederate Army should make in preparation for the Battle of Antietam. A copy of the Special Order ended up in the hands of a careless general subordinate to Lee, who left it in a box on the ground. The note was promptly discovered by Union troops and led to them being able to fend off the Confederacy and turn the tide of the Civil War.

The speech that saved a president's life

President Theodore Roosevelt was staying at the Hotel Gilpatrick in Milwaukee, Wisconsin on October 14th, 1912. He was sitting outside the hotel with a 50-page manuscript in hand. He folded it in half and slipped it into the breast pocket of his overcoat. He stood up and headed to a nearby auditorium to give a campaign speech when he was shot at point-blank range by a man in the crowd. Luckily for Roosevelt, the manuscript’s thick papers prevented the bullet from entering his lung. Roosevelt gave his speech as planned.

The oversight that led to a Titanic disaster

April 14th, 1912 was a fateful night for the RMS Titanic that would end in infamy. The watchman assigned to the crow’s nest didn’t have any binoculars to use to spot icebergs, and that’s because they were inside a locked locker – and the key was missing. Just before the Titanic left port, the White Star Line decided to replace the ship’s second officer, and the keys didn’t get handed over in the ensuing rush. Sadly, that small but significant oversight led to more than 1,500 people meeting a grisly fate.

The beginning of the end of the Cold War was actually announced by accident by a man named Gunther Schabowski. On November 9th, 1989, the East German Communist official was addressing a news conference when a journalist posed a question about travel restrictions. He responded that a regulation would be implemented allowing citizens of the German Democratic Republic to leave East Germany via any of the border crossings along the Berlin Wall. Although the information wasn’t supposed to be released until 4 am the following day, Schabowski’s words immediately spurred the wall’s collapse.

Victory on D-Day thanks to a Nazi general's vacation

German general Erwin Rommel, also known as the Desert Fox, was supposed to be in charge of the Axis defense of Normandy. The thing is that he left his post just a few days before the Allies invaded on June 6th, 1944. No-one knows exactly where he went (he either went to see Hitler in Bavaria or was spending his wife’s birthday with her). His absence is seen as one of the key reasons for the Allies emerging with probably their most significant victory of the entire Second World War.

Nuclear war is stopped by one man

The Cuban Missile Crisis is often touted as the event which brought the world closest to nuclear war, but there was another, much less well-known event that also took place that was just as dangerous. Soviet Union Air Defense Force lieutenant, Stanislav Petrov, was working an overnight shift in September 1983 when his computer showed five US missiles approaching the Soviet Union. His gut told him that something was wrong, so Petrov chose not to report the incident to his superiors. He double checked and realized that it was a malfunction, thus preventing the outbreak of a nuclear war.

These decisions changed the world but the decision maker did not know the impact it will have on the world.

I would like to share a story that had a profound impact on my life. How one decision allowed a nation to choose to unite!

To black South Africans, the Springbok rugby jersey was always one of the most hated symbols of apartheid. Rugby was a sport that the Afrikaner, 'the oppressor', regarded with at least as much fervour as the Old Testament God of (another old racist symbol) the Dutch Reformed Church. When the Springboks played at home, there was always a small area of the stadium where the blacks were penned in. It was always full. And they always supported the visiting team.

So for Nelson Mandela, the symbol of black suffering, the man who had spent 27 years in a white jail, to appear before a worldwide audience wearing the notorious green-and-gold jersey (and cap) at the 1995 World Cup final represented the most unlikely political turnaround imaginable. He would not have worn it had he not achieved the almost impossible task during the year before the competition, his first year as President, of deliberately working away at eroding the bitterness and mistrust of his black supporters, persuading them that the slogan of the new Springboks, 'One Team, One Country', was for real.

Of the 63,000 people in the stadium, 62,000 were white, most of them Afrikaners. They had been conditioned to believe that the President, for whom barely a handful of them would have voted a year earlier, was not only a dangerous terrorist, but less than fully human. And what did they do when they saw him? They rose as if one and chorused - bayed - his name. It was, as Desmond Tutu would describe it, 'an electric moment'.

Here is a list of inspirational Nelson Mandela quotes that will change your life. Nelson Mandela was a true great who lived his life in a selfless manner, he dedicated his life to being of service to the world and he made a profound impact on millions of peoples lives. May his quotes have a profound impact on you to believe in yourself so that you can live life courageously and make a lasting impact on your organization.

Agnesia Agrella is a Business Architect and NeuroChange Solutions Consultant who facilitates change in her client’s lives and in their businesses. She supports leaders in facing their biggest obstacles and uses specific processes to clear their paths to greater prosperity and wealth.

Her passion lies in the construction of environments that support healthy business systems, and healthy lives. She has a Bachelor’s in Economics, a Masters in Business Leadership, She has done various transformation projects in manufacturing and digital projects for various banks. She’s consulted for various industries, and developed over 100 workflow systems. She is an experienced change management consultant and is a certified NeuroChangeSolutions with Dr Joe Dispenza. She uses the latest change management techniques based on Neuroscience to support organizations to change people's mindset, unwritten rules and culture of the organization.
Her unique interests helped her designed processes for one of the largest paper manufacturers in the world, 6 of the largest banks in the world, including Bank of New York, Barclays, Royal Bank of Scotland and Standard Life Aberdeen.
Agnesia believes that each business is a system as complex as that within the human body. When a body’s systems work well, it is healthy and when a business’s systems work well, it makes profit. When organizations focus on both the human and the business systems the organization will create a creative culture and staff will be motivated to deliver best service to all stakeholders of the organization. 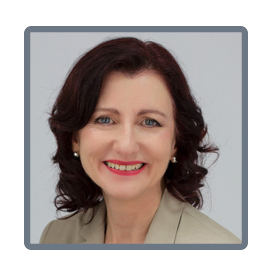