Adopting Business Agility at Moonpig, Part 2: Starting with Why by Amanda Colpoys

Introduction to the Series

In 2017 I had the exciting opportunity to introduce business agility at Moonpig, one of the UK’s best known start-ups. This series of blog posts provides an in-depth case study of my experiences, and I hope will provide a useful set of steps for others looking to adopt and scale lean and agile. I have written this for the benefit of the wonderfully generous lean and agile community from whom I have learned so much. I hope that by sharing my learnings, others can benefit as I have.

Introducing change is hard. Very hard. One way to make it slightly easier, is to take the time to communicate clearly why you need to change. At the time we began introducing business agility at Moonpig, most people outside of product engineering had little or no knowledge of lean or agile — and most would have believed them to be “tech things”.

As we started to introduce changes, I wanted to ensure people understood why we were making these changes, and what the benefits would be. I wanted our teams to understand that these changes were not borne of some executive whim, but were driven by changes across industry and were underpinned by solid principles and reasoning. What I will share in this post is what I shared with our teams. As I mentioned in the introduction, Barry O’Reilly is someone that has strongly influenced my thinking. In his keynote talks, there are a couple of interesting facts Barry often quotes:

Having dropped these “bombshells”, the point Barry goes on to make is that industry has changed. Whether you consider yourself a technology company or not, technology has fundamentally disrupted the business landscape. It has made it much tougher and more competitive.

While Moonpig retains much of its entrepreneurial, start-up spirit, it is in fact now 18 years old, and is bigger than many of its competitors. It is smaller than many assume, but still big enough to be cumbersome, and as with any other business, it is not immune to being challenged. It too needs to move faster and learn faster to keep succeeding. This is one reason change was necessary.

Highlighting these external factors matters; it helps organisations and the people within them understand that change is vital.

The story of Moonpig’s agile journey started several years ago and as with many companies it focused mainly on software development. Within that space we adopted cross-functional teams early on, leveraged agile and devops practices to improve delivery capability and introduced a lean approach to product development — using data to form hypotheses and testing assumptions. This way of working drove big benefits — as well as improved efficiency we delivered better outcomes and healthy business growth. In staff surveys, teams leveraging lean agile practices also showed significantly higher levels of engagement.

Having spent the first few years of my Moonpig life firmly on one side of the wall, I had started to take for granted the benefits that agile working had delivered. This is not to say we were perfect, but there were a lot of positives. People worked at a sustainable pace, they enjoyed what they did, they were highly collaborative and there was a hunger to learn.

As I began to explore the potential of business agility, I started to spend much more time on “the other side of the wall”. And it was a quite a contrast. These were some of the things I started to hear:

The benefit of this feedback was that it proved our current approach in those areas wasn’t optimal. It supported the case for change.

“Insanity is doing the same thing over and over and expecting different results.”

- Unknown (apparently this has been incorrectly attributed to Einstein!)

As well as communicating the “why” behind change, I also shared the “what” and the “how”. In the next post, I’ll describe what we wanted to achieve, the expected benefits, and how we planned to go about it.

If you missed it, you can read Part 1 here.

Amanda Colpoys began her career in the media, spending 9 years at the BBC before moving sideways in to technology.  Having worked on a variety of software projects for the likes of NBC, MTG and BBC Worldwide, she joined Moonpig four years ago. She worked initially to introduce agile and lean practices within product and engineering, fostering mature, cross-functional teams and leading them to continuous deployment. She is now focused on transforming the wider organisation, extending lean and agile practise to the commercial, marketing, creative and design teams.

Amanda is passionate about building autonomous self-organising teams aligned around clear missions.  She strongly believes in leveraging a lean approach around all value streams, creating systems of work that are optimised for delivering maximum value at a sustainable pace.  She champions a culture of fast feedback and continuous improvement which puts customers and employees at the heart of the business. 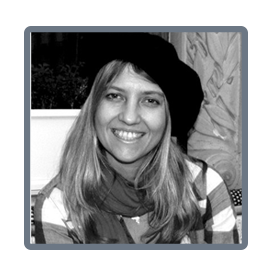