Is “HR” a dirty word? with RTM

It’s official. HR has gone out of fashion. It can join trifle and perms in the category of things we look back on and wonder how we ever let that happen.

Let’s look at the evidence: HR leaders, surely the champions of their profession, don’t have HR in their job titles any more.

Data from People Management shows that there are now an equal amount of people on LinkedIn with the titles HR Director and People Director, despite the fact that People Director was a title almost unheard of about a decade ago. So why are people reluctant to include HR in their job titles?

Well, it’s because HR is seen as something old. It’s administrative. It’s the policy police. It stands in the way of change. It’s this perception that’s inciting the growing numbers of People Directors and Talent Directors and every other moniker under the sun. Now, this is the direction that HR should be moving in, away from the administrative, into the strategic sphere.

The problem is, the names are changing but the actual industry is not. The new wave of job titles suggests that HR has moved forward, but what we often find is that HR functions are still nowhere near where they should be. They’re still plugging holes when they should be steering the ship. The danger is that HR has rebranded itself without really changing anything. It’s all surface level, superficial. HR doesn’t need a rebrand it needs a fundamental realignment.

These new job titles feel like we’re just painting over the damp in our house. Yeah, it might look pretty for a while, but eventually, it’s going to show through again. Plus, the longer we let this go unchecked, the worse it’s going to be when we finally get around to trying to rectify it. If we wait too long, the damage may just be irreparable.

The Business Transformation Network has posted this article in partnership with RTM.

RTM is a new breed of talent company - our services support you in three vital stages of your talent revolution: Review, Insights & Transformation. RTM will take a deep dive into your business and build you an optimised talent strategy, designed to evolve with you. 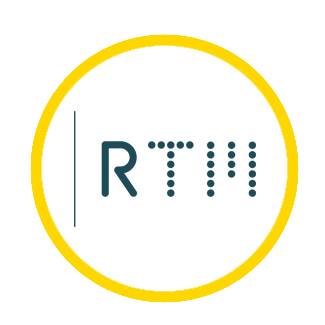 Becoming a great place to work is the aim but how do we get there and what does that really mean for the employee of today?